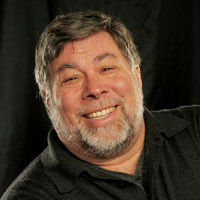 Such a move, Wozniak said in an interview, could upset users who have invested in listening technology that uses the headphone jack.

Ditching the headphone jack could be the prelude to another rumored new product: Bluetooth earbuds based on a very-low-powered radio chip developed exclusively by Apple.

Wozniak prefers listening to music over wired headphones, he told The Australian Financial Review, because audio through Bluetooth wireless technology, which is used by most wireless headsets, sounds flat.

However, if Bluetooth could be improved to produce better sound, he’d use wireless headphones, he said.

“There is the ability in Bluetooth to deliver a very high-quality audio experience,” he told TechNewsWorld. “It depends on how much a company is willing to invest in it to deliver something an audiophile would appreciate.”

Without the headphone jack, the only headset option would be wireless, unless Apple introduces alternatives. One solution could be headphones that plug into Apple’s proprietary Lightning Connector, which is used primarily to charge the iPhone.

However, it’s rumored that Apple is changing that connector, too. The new connector would dock to the iPhone magnetically, similar to Apple’s laptop computer connectors.

Another alternative would be to offer a dongle that would plug into the Lightning Connector and add a 3.5 mm jack to the iPhone.

Apple used the adaptor approach before, when it went from using a 30-pin connector on its iOS devices to the present Lightning Connector.

Such an adaptor likely would be inelegant, maintained Kevin Krewell, a principal analyst at Tirias Research.

“Apple does not make elegant dongles,” he told TechNewsWorld.

“The dongles are designed to be as inelegant as possible to convince people not to use them for an extended period of time and to move on to what’s new,” Krewell added.

Inelegant or not, Wozniak would use an adaptor with an iPhone so he could listen to music through his wired earphones with custom ear implants, he told the AFR.

Although the demise of the headphone jack has not been confirmed, the rumor appears to be very well established, as rumors go.

“It’s been a solid rumor for an extended period of time, so I believe it will be true,” Krewell said.

There are still doubters, though.

“I wouldn’t be surprised if Apple floated the idea a year ago to get people talking about it and see how people would react to this type of change,” ABI’s Orr noted.

If Apple does scrap the standard headphone jack, it won’t be the first company to do so. Lenovo removed the jack in its flagship Moto Z line of phones introduced earlier this year.

“If you’re going to remove the headphone jack, you’d better have a compelling advantage for consumers,” said Ian Fogg, senior director of the mobile and telecoms team at IHS Markit.

Lenovo’s pitch is that by eliminating the headphone jack it can create a thinner device to which optional modules can be attached. The problem is that the modules would add thickness to the phone.

Backlash or Back Pat?

Although Apple has made bold moves to mothball legacy technology in the past, losing the headphone jack is different from going from a 30-pin to Lightning Connector.

“It isn’t like a change in the product line where people can get over the change fairly quickly. There are so many other devices where people use a headphone socket, it will take them many years to switch to something newer,” he suggested. “That makes it a tricky area for Apple to innovate in.”

Will eliminating the headphone jack tick off customers, as Wozniak predicted?

“There is certainly the risk that Apple will alienate some part of its audience if it removes the audio port from the iPhone,” said Orr.

However, if the past is any predictor of the future, Apple should be able to keep its fans in line.

“Apple’s customer base has never abandoned it when it’s made major infrastructure transitions in the past,” observed Tirias’ Krewell. “There’s always grumbling initially, but people eventually fall in line.”