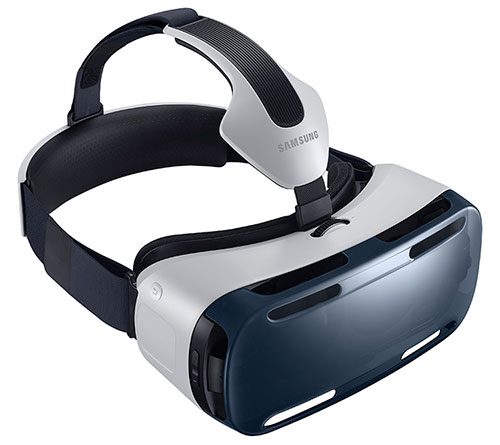 Samsung on Monday began offering what may best be described as the “alpha version” of its Gear VR headset, developed by Oculus, in the United States.

This Gear VR Innovator Edition works with the Samsung Galaxy Note 4 and is priced at US$200.

The headset comes with sample gaming and experiential content such as the dungeon exploration adventure HeroBound, the multiplayer space shooter game Anshar Wars, and other titles and demos.

These and various 3D 360-degree video content apps, such as a special edition of the Cirque du Soleil show Zarkana, can be downloaded from the Oculus app store.

The Gear VR Innovator Edition is available at Samsung’s and AT&T’s online stores.

“Since we’re just at the beginning of wearable and immersive glasses as a category, Samsung’s introduction of its Gear VR seems to be more of a strategic decision to put a stake in the ground and to announce to the developer community that [it] aims to be a player than to actually move product at this time,” Susan Schreiner, senior editor at C4 Trends, told TechNewsWorld.

The Gear VR Innovator Edition’s optical lenses give a 96-degreefield of view.

It has an accelerator, a gyrometer, and geomagnetic and proximity sensors.

A focal adjustment makes it usable for both near- and far-sighted people.

Interpupillary distance coverage ranges from 55 mm to 71 mm, and motion to photon latency is less than 20 ms.

The specs in these areas exceed those considered essential for VR by the VR research team at Valve.

The Gear VR has a touch pad, a back button and a volume key.

It connects to the Galaxy Note 4 through a microUSB.

The device weighs just over 13 ounces.

Aimed at developers and early adopters, the Gear VR Innovator Edition “is not too far off from what Oculus is already doing,” said Eric Smith, an analyst at Strategy Analytics.

The aim is to fend off Sony, which plans to take its dominant PlayStation 4 console to new heights with Project Morpheus.

“I think Oculus knows they’ve got serious competition. The PlayStation is already a leader in the game industry,” Smith told TechNewsWorld. “How else is Oculus going to fight it unless it teams up with Samsung, another giant, and gets its tack out first?”

“The real weakness of VR at this point isn’t hardware-based,” noted Lewis Ward, a research director at IDC. “It’s software- and content-based. There’s nowhere near enough content for Gear VR or any other VR headset platform to hit critical mass.”

Such content may not come from Samsung or a VR platform provider, and “it’s a 50/50 shot that the company that makes the first breakout VR game or app hit isn’t on anybody’s radar screen today,” Ward observed.

Even if killer apps hit the market, sales are likely to be slow for years, Strategy Analytics’ Smith suggested.

“There’s only so much consumers can spend on tack,” he remarked. “I think VR is going to be an enthusiast tack for now — I don’t see it going mainstream after Sony and Oculus come out with their tack.”