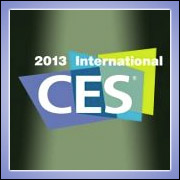 Samsung has unveiled a slew of smart TVs and related technologies at the 2013 CES being held this week in Las Vegas. 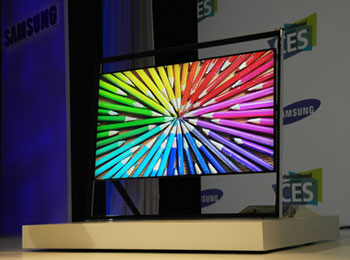 Samsung has unveiled a slew of smart TVs and related technologies at the 2013 CES being held this week in Las Vegas. They include a redesigned Samsung Smart Hub TV center, S-Recommendation Technology, advanced Smart Interaction technology motion control; and the Samsung Allshare content-sharing software.

Television sets unveiled by the Korean electronics giant include three with quad-core processors — the S9 UHD TV, the F8000 and the F7500; and the F9500 OLED TV, which is the first to let two people watch different full-HD 3D content simultaneously on the same screen with corresponding audio and controls.

Samsung also unveiled the F8500, which has a plasma screen and is one of the first TVs with native support for high efficiency video coding.

The company also announced a Smart Evolution kit for its Smart TVs. This consists of a redesigned Smart Hub, enhanced voice interaction and motion control, and a quad-core chipset. It fits into a slot at the back of the TV.

The Smart Hub now arranges content in five categories and displays them as thumbnail images to make selection easier. These are: On TV — what’s currently playing and the most relevant suggestions that may be airing based on a consumer’s viewing habits; Movies and TV Shows; Photos, Videos and Music; Social; and Apps.

S-recommendation is a recommendation engine that lets consumers search for TV programs, premium video on demand, apps, social content and locally-stored content on personal devices. It also offers customized content recommendation. This feature is available on smart TVs, smart home theaters and smart Blu-ray players made by Samsung this year.

An Advanced Smart Interaction feature lets users employ everyday language and casual gestures to find content or command and control the TV. This is a beefed-up version of the feature, which was launched on TVs by Samsung last year.

Samsung’s SmartView lets consumers move their content between devices in real time, while Allshare will connect TVs to compatible mobile devices and home appliances wirelessly and create a smart center for media and whole-home automation. It also lets users view their TV content on compatible Samsung Galaxy tablets and smartphones.

The plethora of new technologies from Samsung made analysts work to figure out which of them might have the most impact.

“The focus seems to be on 4K,” Paul Gagnon, director of global TV research at NPD DisplaySearch, remarked. “OLED TV is also present, but it seems it’s not as prominently featured as it was last year.”

4K TVs have a horizontal resolution of 4,000 pixels. The technology’s also known as ultrahigh definition. It has twice the horizontal and vertical resolution of the 1080p TV format. This year, 4K LCD TVs will outpace OLED TV shipments, NPD has forecast.

Samsung “is one of the leaders in Smart TV and they’ve unveiled some pretty good work on that,” Gagnon told TechNewsWorld.

“To me, the two interesting developments are in UltraHD and OLED,” David Mercer, vice president and principal analyst for digital at Strategy Analytics, said. However, OLED TVs are not delivering ultraHD just now, and “OLED is a very tough technology to crack, getting costs to come down is challenging.”

Smart TV, a field in which Samsung “has developed into a major player,” is getting traction now for a number of consumers, Mercer told TechNewsWorld. The service potential of smart TVs is built around video “so we’re seeing interest in services like Netflix.”

There has been much speculation around whether Apple will introduce a TV set that will shake up the industry, but Mercer dismissed the idea.

“We’ve been speculating about Apple TV for many years, and we’ve always been fairly skeptical about Apple’s plans,” Mercer said. “Apple’s an incredible company for personal technologies and the one-to-one experience, but TV is another ball game.”

Apple has described the Apple TV as a hobby, and, “as far as TV is concerned, Samsung has a huge lead over Apple and is the world market leader in smart TVs,” Mercer stated.

Overall, however, TV sales have been falling, and, while the new TVs demoed at CES “give consumers another reason to buy TVs, it’s not going to happen overnight,” Mercer remarked.