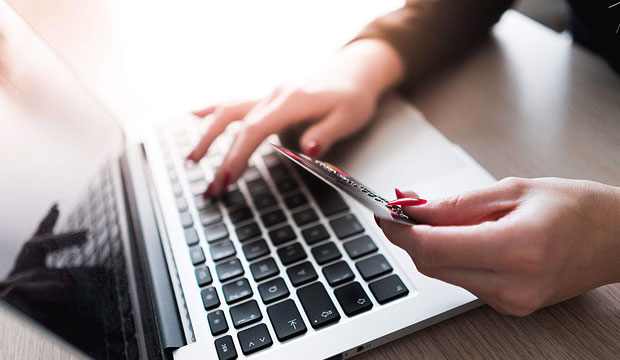 Members of the U.S. House of Representatives on Monday introduced legislation that aims to protect online shoppers from purchasing counterfeit goods.

Titled “Stopping Harmful Offers on Platforms by Screening Against Fakes in E-Commerce,” the proposed Shop Safe Act would do the following:

“Consumer lives are at risk because of dangerous counterfeit products that are flooding the online marketplace,” Collins said.

“Congress must create accountability to prevent these hazardous items from infiltrating the homes of millions of Americans,” he continued.

“This legislation makes great strides in addressing the increasing problem of unsafe counterfeit products sold to unsuspecting consumers,” said Johnson, “by encouraging platforms to take steps that are reasonable, workable, and necessary for keeping dangerous counterfeits out of consumers’ hands.”

The new legislation will address what appears to be an inequity between online and brick-and-mortar stores when it comes to counterfeiting.

“Right now online platforms for third-party sellers such as Amazon are, generally speaking, exempt from liability,” he told the E-Commerce Times.

The legislation would put online and brick-and-mortar stores on the same playing field, Behr maintained, except the online platforms would have a larger volume of goods to police.

“You can imagine that major online retailers do not want to vet everything that is posted by third parties or be liable for infringement over the activities of third-party sellers, so you can anticipate opposition to the proposed legislation,” he said.

“Counterfeiting is easier to do online for the simple reason that the blessing and the curse of online shopping is that you don’t have physical contact with what you are buying at the point of sale,” Behr added.

“When you have something in hand, it is usually easier to confirm if it looks genuine than when you are trying to enlarge a picture of it with your fingers on the screen of your phone,” he pointed out.

While the legislation is needed, it only addresses a fraction of the counterfeit products sold online, observed Sucharita Kodali, analyst with Forrester Research, a market research company headquartered in Cambridge, Massachusetts.

“This legislation is primarily to regulate counterfeit food and health items, and baby products,” she told the E-Commerce Times.

“I honestly don’t know why lawmakers are stopping at harmful products. Those are the worst case scenarios, of course, but all counterfeits should be stopped,” Kodali said.

“Online marketplaces need to have more governance in place around vetting sellers, understanding how they are procuring merchandise, and ensuring the quality and authenticity of that merchandise,” she continued.

“Counterfeiting is an IP violation, and intellectual property protections are necessary for the effective functioning of capitalism,” Kodali maintained.

Counterfeit products aren’t the only ones that shouldn’t be sold online, she added. Products with expired use dates and those sold from other markets without authorization also should be targeted.

“This act doesn’t address those kinds of products, although the SANTA Act in the Senate tries to address them in the areas of children and baby products,” Kodali said.

The introduction of the Shop Safe bill comes on the heels of Amazon’s launch of a new program, called “Project Zero,” that aims to weed out counterfeiters.

Under the initiative, brands give Amazon their logos, trademarks, and other key data about their brand, and the platform scans more than 5 billion product listing updates every day in search of suspected counterfeits.

“We’ve been testing these automated protections with a number of brands, and on average, our automated protections proactively stop 100 times more suspected counterfeit products as compared to what we reactively remove based on reports from brands,” noted Amazon Vice President Dharmesh M. Mehta.

In addition, Amazon is providing a tool that allows brands to remove counterfeits themselves.

“With Project Zero, brands no longer need to contact us to remove a counterfeit listing,” Mehta pointed out. “Instead, they can do so, quickly and easily, using our new self-service tool.”

Information from the tool is fed into Amazon’s automated protections so it can better catch potential counterfeit listings proactively in the future, he added.

Also part of the initiative is a product serialization service. Brands can use the serial numbers from Amazon to protect every unit they produce at its point of purchase.

“Every time a product using our serialization service is ordered in Amazon’s stores, we scan and verify the authenticity of the purchase,” Mehta explained. “With this product serialization service, we can now detect and stop counterfeiting for every product unit before it reaches a customer.”

According to the latest figures from the Organization for Economic Co-operation and Development and the EU’s Intellectual Property Office, trade in counterfeit and pirated goods has risen steadily in the last few years and now stands at 3.3 percent of global trade.

The value of imported fake goods worldwide, based on 2016 customs seizure data, was US$509 billion, up from $461 billion in 2013, the OECD also reported. That figure represents 2.5 percent of world trade.

For the European Union, counterfeit trade represented 6.8 percent of imports from non-EU countries, up from 5 percent in 2013, according to the OECD. Those figures do not include domestically produced and consumed fake goods, or pirated products distributed via the Internet.

However, the OECD’s numbers may not give a true picture of the magnitude of the problem.

“A lot of companies that have a lot of counterfeit products in the marketplace don’t want the marketplace to know, so they never report it,” observed Rosemary Coates, president of Blue Silk Consulting, a business advisory firm in Los Gatos, California.

“We think the totals are much higher,” she told the E-Commerce Times.

“It’s a management problem for the reseller, whether it’s Amazon, eBay or some other site,” Coates said. “The problem is, it’s hard to tell counterfeit products from real products. I’ve worked on counterfeit cases and, to the naked eye, very often it’s impossible to tell.”

In addition to popular consumer products, there are problems with counterfeit industrial products, she continued.

“I think about that every time I get on an airplane because I know electronics parts are counterfeited. I just hope counterfeit parts weren’t used in the plane’s engine,” Coates said. “Counterfeiters get into the supply chain, and you might think you’re getting a part that’s supposed to last five years, and it only lasts six months.”

Eighty percent of counterfeit goods originate in China, she noted.

“Companies are moving production to other countries, but the counterfeiters are going with them,” Coates said. “We can’t move away from China and assume this problem is going to go away. It’s never going to go away because there’s a lot of money to be made. Nefarious people are going to go after it no matter where in the world you’re producing.”