Samsung has had a smartwatch in the works for a long time, according to Lee Young Hee, EVP for the company’s mobile business, Bloomberg reported Tuesday. He didn’t say what exactly the wearable wrist device might offer feature-wise, but the public acknowledgment suggests this could be the next highly contested arena for new gizmos.

It used to be that a wristwatch merely told the time, but now several players have introduced watches that are much more than timepieces, and rumors have been circulating that Apple is poised to introduce an iOS-based smartwatch.

With Samsung now on the record, this could be a race against time as both companies attempt to capture the market first. It’s possible that Apple’s archrival could turn the tables, leaving the company that created the mass markets for MP3 players, smartphones and tablets in an also-ran position.

While the idea of a wristwatch that serves as a communication and connectivity device has existed since cartoon sleuth Dick Tracy donned a radio watch in the funny pages, in recent years several companies have actually created so-called smartwatches.

Casio’s calculator watches in the 1980s were among the first timepieces that did more than tell the time, and throughout the 1990s, efforts were made to combine various fitness data as heart rate monitors came into vogue.

In recent years some notable devices have finally come into their own, including the Wimm One Watch, which receives updates via WiFi on the hour; the MetaWatch, which allows wearers to get email and SMS alerts; and Sony’s SmartWatch, which offers apps for listening to music, reading emails and browsing social updates.

The Pebble — a wristwatch that connects wirelessly with Android smartphones and the iPhone — began shipping in January.

No smartwatch yet has really caught the imagination of a large number of consumers, however.

“Form factor limitations doomed them to failure,” said Charles King, principal analyst at Pund-IT. “Products were either too small to be fully usable or so large that they appeared dorky and helplessly unstylish. Today’s technology can certainly stuff more smarts into a smartwatch, but the form limitations remain.”

However, just as Apple managed to create mass-market interest with the iPod, the iPhone and the iPad — all products that followed earlier less-successful attempts by other vendors — it could come up with a brilliant design for a game-changing smartwatch.

“Computing is invading all aspects of our lives — from the cars we drive to the clothes we wear. Watches, glasses, and more wearable devices are on the horizon,” said Josh Crandall, principal analyst at Netpop Research.

“Technology companies are charging forward boldly,” he told TechNewsWorld. “Most of the products will fail, but market leaders can’t risk being left on the sidelines as the next consumer tech revolution hits. It’s only a matter of time until one creates the next iPod.”

While consumers want smaller devices, they also increasingly want those devices to do more. The result could be that the watch could serve as an interface for a phone or tablet that can stay tucked away most of the time. In this scenario, the watch could serve to alert the wearer about emails, messages and other information streamed from the handset, much like what Sony and Pebble are already doing.

“The watch concept becomes more interesting if you consider it as a wireless companion integrated with other Bluetooth-enabled devices, including smartphones, MP3 players, tablets and notebooks,” said King.

“For example, a watch capable of supporting voice commands could be used for everything from hands-free answering and making phone calls to managing song playlists to dictating notes,” he told TechNewsWorld.

“That’s why makers of other smart devices, including Samsung and Apple, are the vendors associated with smartwatches,” King continued. “Whether consumers will be interested enough in the concept to make it commercially viable is anyone’s guess. As a device alone, it’s hard to see a smartwatch as anything but a gimmick.”

Do people want to do the Dick Tracy thing? Even if they don’t now, there are companies that are working hard to change that opinion, and a battle for the market is clearly emerging.

“Whether it’s a watch, a cufflink, or invisible headset that turns us all into anchormen receiving the right information at just the right time that makes us sound brilliant, the battle between Samsung, Apple, Google, Microsoft, Intel and others keeps accelerating the pace of change,” said Crandall.

“Along the way, these companies benefit from PR spin that creates the sense that their companies are at the forefront,” he added. “How exciting for gadget lovers.” 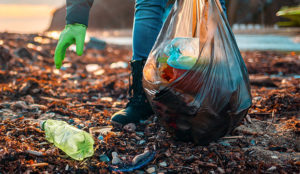