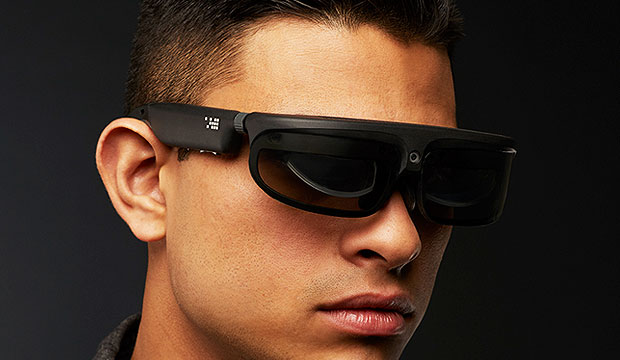 Qualcomm on Tuesday debuted its groundbreaking Snapdragon 835 system on a chip at CES.

Following the 835 launch, the company joined Osterhout Design Group in unveiling two new ODG augmented reality headsets, the R-8 and R-9, which are the first Snapdragon 835-powered devices to be announced.

The Snapdragon 835 is 35 percent smaller and consumes 25 percent less power than its predecessors, which “equates to longer battery life and thinner designs,” she told TechNewsWorld.

The Snapdragon 835 opens the door to a whole new connected future. Qualcomm has teamed up with Ericsson and AT&T to drive widespread adoption of 5G.

“We are actively working with industry leaders around the world to test 5G and 5G NR technologies,” Sweeney said.

The Snapdragon 835 “represents a change in strategy for Qualcomm,” said Jim McGregor, a principal analyst at Tirias Research.

It’s “the first generation of chipsets resulting from a new collaboration with ARM,” he told TechNewsWorld.

To develop AR-enabled mobile computing and entertainment applications for the R-8 and R-9 smartglasses, ODG has teamed with 21st Century Fox, which is also an investor; cloud rendering company OTOY; and PTC, which provides the Vuforia AR platform.

“They can do anything your tablet or laptop can do, with additional AR and VR overlays to present digital information as a seamless part of your real world,” he told TechNewsWorld.

ODG is “pioneering the next-generation mobile computing platform, revolutionizing how we work, communicate and consume content,” Shams said. “Phones are reaching saturation, form factors are getting smaller, and people are looking for more out of their mobile devices.”

For those who might raise a skeptical eye over the AR/VR demos, they are actual representations of the technology’s capabilities, rather than video special effects, according to Shams.

Leap recently came under fire when news surfaced that the impressive trailer on its site actually was a special effects video and not a demo of its AR technology, as many had assumed.

“Our demos are real,” Shams said. “We’re on our ninth generation product … . We’ve been shipping to military and enterprise customers since 2011. We have a cool racing game demo that shows AR, VR and mixed reality.”

The price point “is still too high for mainstream adoption, but this is a real leap forward in consumer and industrial AR glasses,” said Kevin Krewell, a principal analyst at Tirias Research

They are “state-of-the-art glasses and are still cheaper than Microsoft HoloLens,” he told TechNewsWorld.

The glasses “are very comfortable to wear” and the bright overlay displays “create almost a VR experience but maintain peripheral vision,” Krewell said.

Frost & Sullivan has predicted that “2017 will be the year of AR,” noted Michael Jude, a program manager at the firm, told TechNewsWorld. “ODG is pushing the device space.”