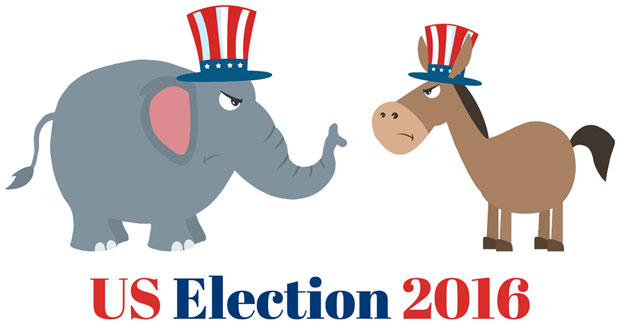 The Commission on Presidential Debates, which has run them since 1988, last week announced initiatives with social media, academics, and media organizations to engage the American public in substantive conversations before, during and after this year’s debates.

The first debate between presidential candidates Hillary Clinton and Donald Trump is scheduled for Monday at Hofstra University in New York.

The second presidential debate will take place on Oct. 9, and the third and final Clinton-Trump face-off is scheduled for Oct. 19.

Facebook and Google will provide the debate moderators with data about online searches and comments pertaining to the election, the candidates and the issues.

Facebook, Google, CollegeDebate16, and other social media grassroots organizations will work with moderators to help source questions for the candidates.

Facebook is the exclusive social media sponsor for the first and third debates, and members of the media, students, and the campus community will use Facebook Live to broadcast the events worldwide.

Snapchat will run a Live Story from each debate site, offering a variety of perspectives.

MIT Media Lab’s Electome Project will analyze Twitter conversations about the election. It also will offer journalists a Web-based dashboard at the debate site media centers.

Illinois State University researchers will analyze comments about the debates on social media, websites and major blogs from eight states, and display visualizations of their findings on their website and social media accounts.

A graduate research seminar at the University of Tennessee, Knoxville, will monitor social media discourse during the debates and on election day from the university’s Adam Brown Social Media Command Center.

The Importance of Social Media

Fact-checking could become a major factor in the debates, he said.

“If thousands of people on social media point out a statement is wrong, and that’s made known to the moderator, will the moderator make that known to candidates? We had that issue with the commander-in-chief interview with Matt Lauer,” he told TechNewsWorld.

Social media involvement is “largely a hoax,” remarked Jeff Cohen, cofounder of RootsAction, which has launched a petition to open the presidential debates to minor party candidates.

Social media sites can’t be trusted to deliver tough questions to the major party candidates, because they don’t want to jeopardize their access to them, he told TechNewsWorld.

The Commission on Presidential Debates, which is a nonprofit corporation, is controlled by the Republican and Democratic parties, Cohen asserted, adding that “it says something about the lack of democracy in our country and the lack of a free press that the major networks are going along with a debate that excludes all alternatives except the two unpopular major parties.”

The CPD maintains that it is nonpartisan as well as nonprofit, and that its mission is to ensure that the debates provide the best possible information to the public.