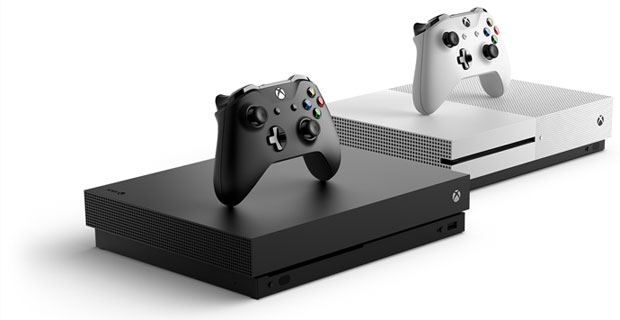 Microsoft has learned a lot of very hard lessons over the last couple of decades, and it continues to surprise and annoy me that other firms seem to have the suicidal tendency to learn the same lessons the hard way.

My view is that it is far better and cheaper to avoid the mistakes of others, but firms like Apple, Google and, most recently, Sony seem to want to cherry-pick past Microsoft disasters and experience them first hand. The latest issue has to do with interoperability and millennials.

Both Nintendo and Microsoft are perfectly happy if games play on multiple systems, but Sony has a cow at the very hint of the idea. I think this attitude eventually will doom the PlayStation, particularly given that the new Xbox One X already appears to be the more desirable product this holiday.

I’ll explain and then close with my product of the week: the Motiv Ring, which turns out to be a better — and more Steve Jobs’ Apple-like — solution than the Apple Watch. (And yes, the Apple Watch also repeats a Microsoft mistake).

While game systems exist in the consumer market, Microsoft’s big lesson in interoperability came last decade when the European Commission demanded that the company interoperate. Like anyone else that is ordered to do something, it first objected strenuously. For me, it came to a head when the father of then modern Windows, Jim Allchin dropped by my house for a chat.

He told me that begrudgingly, Microsoft was going to give in to the EC’s demands, but that it would charge any customer that wanted access to Microsoft’s APIs (application programing interfaces) a massive amount for that access — because, well, Microsoft really didn’t want to interoperate. It believed that interoperability would open it to competition, and that it would lose its market.

I looked at Jim and asked, “do you really think the European Commission is made up of idiots?”

Having spent some time in litigation, I knew that a U.S. judge, seeing a similar action from a firm, likely would throw the book at it. To Microsoft’s credit, it realized its error and pivoted. Instead of resisting interoperability, it decided to become the best at it. It would make its stuff work better with competitors’ platforms then their competitors would.

Rather than declining, sales increased, because buyers started to consider Microsoft as a better hub. Its interoperability skill meant that related problems generally reflected badly on the very firms that claimed they wanted interoperability but really didn’t want to do it.

You see, Microsoft’s initial response was right in a way. The firms that had complained to the EU wanted to use the interoperability issue to replace Microsoft products — but instead they often found that because they weren’t sincere, they got replaced instead. There is a tone of irony there.

Apparently, we’ve been making babies well over the last couple of decades, because this year millennials are set to replace boomers, my group, as the most powerful buying audience.

Given their age, they certainly are the primary target group for game consoles. Millennials want the firms they buy from to be much more socially and environmentally aware and to play well with others, according to the surveys I’ve seen.

That seems to translate well into the idea that they want to be able to connect with their friends on the platforms they buy, regardless of the platforms their friends are on. While millennials aren’t the European Commission, they are vastly more powerful. Although they can’t impose a fine, they can choose the companies they buy from, and they increasingly are unlikely to buy from firms that have implemented a lock-in model.

This kind of means Apple (which ties together products like the iPhone and Apple Watch and clearly doesn’t support interoperability) is likely going to be screwed in the long term. We’ve known for some time that Apple’s core customer base is more boomer than millennial anyway.

Sony’s latest blunder came to light last week when PS4 Fortnite players were having a great time playing with their friends on Xbox.

You see, while both Microsoft and Nintendo don’t have a problem with this kind of thing, Sony hates it. After it became clear that developers could enable this capability — one that both PlayStation and Xbox users want — the Sony pulled the plug with prejudice. Yes, Sony will let you play with a friend on a PC, but it won’t let you play with someone on another console.

What this means is that in group play, the folks with the Xbox or Nintendo Switch might have an advantage. The folks on the PlayStation therefore are likely to switch to the competing console and abandon the inferior products.

Of course, by blocking interoperability, Sony implies that it knows it has an inferior product and is using lock-in to prevent users from moving between platforms.

The risk is that players may conclude they’ll have more people to play with on the Switch and Xbox platforms, and get upset with Sony for this decision to push users away from the PlayStation platform.

This is in sharp contrast to what Microsoft learned and is executing with the Xbox: If you decide to compete and open your platform rather than locking people down on it, and if you build a better product, then folks will flock to you. This practice does force the firm using it to build better products.

This all lies on top of the Xbox One X’s allegedly superior performance and better timing. You see, the PlayStation 4 Pro has been in the market for a while and now doesn’t seem that new or exclusive.

As we move toward the holidays, the Xbox One X, which isn’t shipping yet, is likely to be the more exclusive product, making it more desirable in any case. Tack onto that the fact that it will be more interoperable, because that is Microsoft’s focus, and it looks like a winner — particularly with millennials, who may decide that they’d rather play with more friends than support a platform from a firm that doesn’t listen to them, which historically has been problem with Sony.

It amazes me how often firms feel they need to learn another company’s lessons the hard way. The rules are simple: Listen to the customers, do what they want, and you’ll do well; don’t and you won’t.

Microsoft was far from the first to mess up, and Sony and Apple will be far from the last. It just seems that given unemployment and layoffs are not a ton of fun, more firms would learn from the mistakes of others and not do things that would cost them the market.

Given that Sony already gave Microsoft the market once, you’d think it would make doubly sure not to do it again. Apparently not…

Speaking of repeating Microsoft mistakes, remember Zune? Microsoft wanted to take the market away from the iPod, which at the time did one thing (play music) really well. Its solution could play video, but it didn’t have videos to play. It could share music if both parties had Zunes and a music subscription — and in its initial configuration, it looked like a brown turd.

The Motiv Fitness Ring, compared to the Apple Watch, has a similar dynamic. It does one thing well — it monitors your fitness activity. 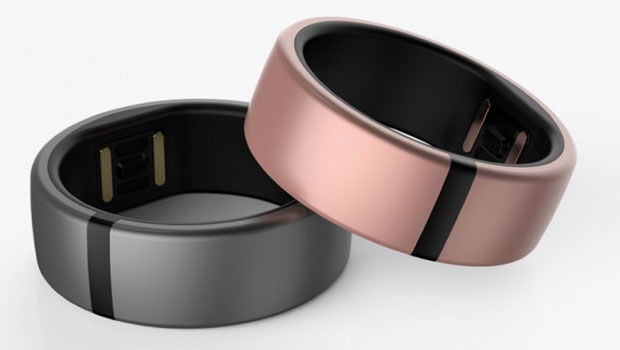 It has days of battery life, while the new Apple Watch lasts a fraction of a day. The Motiv Ring it does its one thing well. The Apple Watch runs a small number of apps, but it has connectivity issues. The Motiv Ring is easy to use — the Apple Watch, not so much. (The Wall Street Journal, which used to be one of Apple’s biggest fans, recently published a review concluding that the new watch was unusable.)

Given that both products generally are bought primarily by folks interested in their fitness functions, much like Microsoft’s Zune and Apple’s iPod were bought to listen to music, it is ironic that the Motiv Ring comes closer to Steve Jobs’ successful minimalist approach than his company’s product.

The Motiv Ring is an attractive, easy to use, simple way to monitor your fitness, and you don’t have to change out your watch or whatever you use for portable music. It doesn’t try to be a micro-smartphone or do a ton of stuff that you likely don’t need done.

It does one thing, and it does that one thing well. It monitors your exercise — oh, and it focuses on time active not just steps, which generally is thought to be a better metric. Because it has days of battery life, you can use the sleep tracker function.

Because the Motiv Ring reminds me of what Apple used to be when it was near magical, at US$200 (or about half the price of the new Apple Watch 3) it is my product of the week.