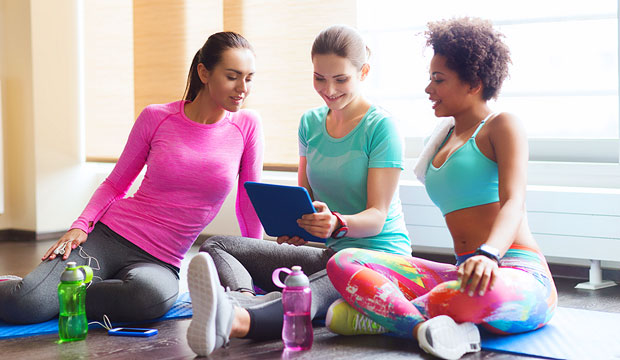 This fall will see a 10-game pilot of professional football streamed on social media — Twitter, to be specific. It’s a continuation of the National Football League’s search for gold in the veins of digital broadcasting and an opportunity for sports brands to forge new and deeper relations with fans.

For sports marketers, social media could be just as important as television ad space or even more so in about five years. That is about how much time is left on the NFL’s broadcast contract, and the league, after inking the deal with Twitter, indicated that it would look at widening its footprint in the streaming media market.

“Teams should be using social media to connect with fans all year long with fresh content, gamification and insights into the organization,” she told TechNewsWorld.

Those followers provide teams with a wealth of data and staggering marketing potential, all of which is for naught if sports organizations fail to use them effectively.

Some teams leverage real-time data to measure each fan’s engagement and distribute loyalty points proportionally to that, according to Quinton Porter, director of business development and partnerships atZoomph. That can lead to organizations rewarding fans with discounts, which could compel the most loyal of the bunch to buy merchandise and tickets.

However, the larger strategy consists of sports brands engaging with influencers in their audiences. By default, that’s “a loyalty push,” he told TechNewsWorld.

“Because if you aren’t engaging them, they will just die off and go away,” Porter said. “But by engaging with your fans, you make them feel as if they are a part of something. Conversations always bring people back.”

To reach new fans, teams often tout new players or groups of athletes, said Mary Ingram-Waters, honors faculty fellow at Arizona State University’sBarrett Honors College. While it happens across all types of social media platforms, it’s most common on sites such as Twitter, Instagram and YouTube.

“But specific players, who may or may not be officially speaking on behalf of their teams, also use social media to connect with fans,” she told TechNewsWorld. “They can do this for a variety of reasons that may not have much to do with promoting team fanship as much as individual player fanship.”

Sports teams have asserted that they have been widening their fan bases to include more women, but their social media content doesn’t reflect those assertions, according to Ingram-Waters.

“You see the same kinds of ads of men enjoying watching games with their male friends,” she said.

Women account for about 34 percent of participants in fantasy sports, according to theFantasy Sports Trade Association.

It’s certainly the market with the most potential for growth, Ingram-Waters said.

“Where women fans show up, though, is through their following of individual players on social media,” she said. “The women we interviewed over the last four years told us that they like to follow players who share stories and images of themselves.”

Players typically aren’t official spokespeople for their teams, so while they may be an effective means of bolstering women’s loyalty, there doesn’t appear to be a unified effort to use individual players to market to the demographic.

“It’s possible that efforts to use individual players’ social media accounts to appeal to women fans would be recognized as transparent marketing and thus would ruin what women are looking for: an authentic personal connection to the player,” Ingram-Waters said.

Another possible pitfall for sports marketers on social media is more perilous: the sheer amount of content teams have to manage and the necessity to respond to fans in real time.

“So automation is difficult there, but fans understand there isn’t a whole team of folks behind a desk typing messages to you,” Zoomph’s Porter said. “But having some sort of response makes the conversation feel authentic, which the fans like.”

However, making conversations feel authentic is a tactic that is being used increasingly by those with bad intentions, according to Devin Redmond, general manager of social media and compliance atProofpoint.

“Sports teams and the fans who follow them on social media really have to be wary of what happens on places like their Facebook accounts,” he told TechNewsWorld.

Social media spam and phishing attacks are increasing in frequency and sophistication, according to Redmond. Scammers have been particularly interested in sports fan pages, where they can prey on people caught up in a major game.

Scammers often hop on team pages during or after a big game, commenting on content the sports organization has shared with its followers. The scammers will plug malicious content into comments on a team’s post, using custom language to make it look both benign and authentic.

“They may look like they’re participating in the conversation,” Redmond said. “‘Hey, Steph Curry made this great shot,’ a team may say. A bunch of people talk about it, and then a scammer will jump in and say something like ‘Hey, that’s a great shot. Want to see more?’ and then they post something that takes people somewhere bad.”

The scammers know to pay attention on game night and they follow the action using things like listening tools, he said. They’ll customize their content and distributed it across several accounts.

“If you can put up one comment that has the ability to reach all the followers of a page, and that page is now at 3, 4 million followers, that’s a really good ROI compared to the traditional scams that might happen over email when you send a thousand emails to get one person to click,” Redmond said.

Fans should not follow links from comments, and teams should employ a technology-first approach to dealing with spam, rather than attempting to manage it manually, he warned. “They’ll never keep up with the bad guys that way.”