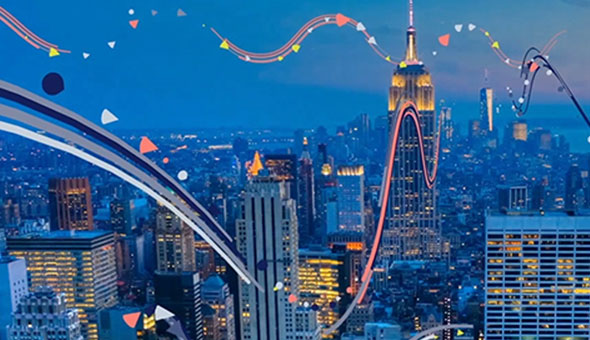 Project Decibel on Wednesday announcedStarry, a company that promises easy broadband Internet access at speeds of up to 1 GB with no caps.

Starry will deploy what it says is the world’s first millimeter wave band for consumer Internet communications.

Initial deployment will be a beta in Boston in the summer.

Consumers will be able to install Starry products themselves, the company said.

It also unveiled Starry Station, a WiFi router with a 3.8-inch ambient capacitive touchscreen priced at US$350.

The Tech Behind Starry

The Starry Internet access network will have a hub-and-spoke architecture. Metro hubs will connect to the subscriber’s device and act as a home access point.

Its foundation will consist of orthogonal frequency-division multiplexing modulation coupled with multiuser multiple input and multiple output. It will have active phased array RF front ends.

Propagation issues arise with such high frequencies since they begin to act like a light beam, he told TechNewsWorld. “You have to worry about atmospheric attenuation and so forth.”

Further, millimeter waves are pretty short and “would probably interact with atmospheric moisture or dust, so there would be attenuation issues,” Jude pointed out.

The Starry Station consists of a polycarbonate cover with a silicone foot measuring 80x178x161 mm.

It has touchscreen ambient and interactive modes, an audio speaker, a microphone, a proximity sensor and amplifiers.

It’s interoperable with 802.11a/b/g/n and 802.11ac. It works with various devices — including desktops, laptops and mobile devices — and runs IPv4.

The Starry Station can be preordered at Starry.com until Feb. 5, after which it will be available on that site and for preorder on Amazon Launchpad.

The Starry solution “is designed to bypass last-mile cable and other carriers,” said Sue Rudd, a research director atStrategy Analytics.

The Starry solution “would be used where there’s no FiOS or cable or where connectivity is maxed out, such as risers in New York office buildings, or where the user wants a non-telco system,” Rudd noted.

Starry’s solution would require a network and small cells to support the end connection and then connect to a local network for transmission, he told TechNewsWorld.

Starry’s differentiators are that it offers WLAN preintegrated with a millimeter wave backhaul, and it’s offered as a service by Starry, which “presumably takes care of the Internet connectivity on the other end,” Rudd said.

As for the no-cap WiFi access, “WiFi use rarely counts against data caps anyway,” she remarked.

The company “has as much potential as any other new WLAN hub startup,” Rudd said.

The market is competitive, and it will have to take on established competitors such as Apple, Cisco, Netgear, D-Link and Linksys.

“I am very skeptical of service startups, especially those that require the deployment of a new network,” McGregor said. “It takes time and money, and unless you’re someone like Google, those may be limited.”