Struggling through a welter of controversy, the U.S. National Aeronautics and Space Administration this week announced plans for a new deep space exploration program.

At the heart of theSpace Launch System is development of an advanced heavy-lift launch vehicle that will enable human exploration in space.

The program seeks to develop two vehicles that will carry the Orion Multi-Purpose Crew Vehicle into space, along with cargo, equipment and science experiments, among other things. 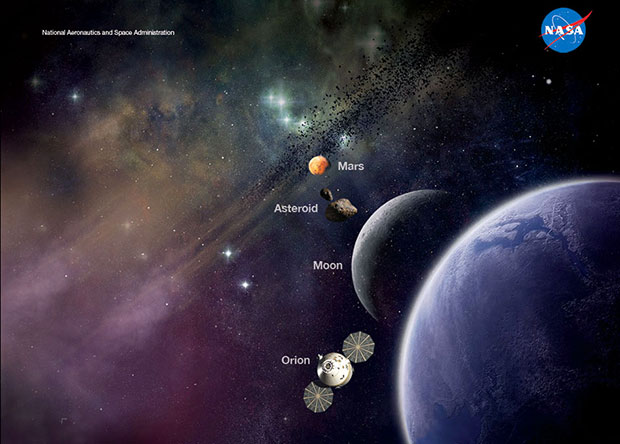 “There will be a heavy lifter for cargo and a smaller, safer one for human flight,” Rogier Windhorst, a professor in the School of Earth and Space Exploration at Arizona State University (ASU), told TechNewsWorld.

The SLS launch vehicles “will be able to place an unprecedented payload mass into orbit with a single launch,” NASA spokesperson J.D. Harrington said. “The anticipated lift capability will allow a significant increase in the ability to perform scientific and human missions.”

The SLS program will use a combination of existing and new technologies, Harrington told TechNewsWorld.

However, the project has been surrounded by controversy. The White House is reportedly concerned about the price tag, and an independent analysis found NASA’s projections flawed, according to The Wall Street Journal.

Space Cowboys Do It in SLS

Despite its problems with the SLS project, NASA has adopted an upbeat attitude, publishing a document titled “SLS Fun Facts” on its website, for instance.

NASA plans to reuse hardware and manufacturing tooling from previous programs to hold down costs.

NASA expects the new design “to cost (US)$3 billion per year,” agency spokesperson Harrington remarked, adding NASA will “continue to refine cost and schedule estimates on an ongoing basis.”

That refinement may be sorely needed.

The White House is concerned that the project may cost more than $60 billion through 2025, nearly double the original estimate of $35 billion, The Wall Street Journal reported.

NASA got Booz Allen Hamilton to conduct an independent assessment to validate its costs, and the results “provided that validation,” Harrington said.

That statement stands in stark contrast to the Journal’s report, which stated that Booz Allen found some of NASA’s projections overly optimistic and that some were based on unjustified, sometimes substantial, assumed future cost savings.

NASA’s plan to rely on equipment and materials from previous programs could add to the cost of the SLS program, according to the WSJ article.

Further, a bipartisan group of lawmakers who support NASA’s plans have criticized White House officials and subpoenaed thousands of pages of NASA documents, after essentially accusing the Office of Management and Budget of delaying tactics, The Wall Street Journal said.

Then there’s the Planetary Society, founded in 1980 by Carl Sagan, Bruce Murray and Louis Friedman to advocate space exploration.

The society blasted the SLS program during testimony before the U.S. House of Representatives’ Committee on Science, Space and Technology in July.

SLS is “wasteful” and has no clear mission goals. Also, the SLS rocket won’t advance exploration, and NASA can’t afford to build or sustain the SLS rockets, the Planetary Society said.