Synthetic vs. Real Life: Is There a Place for Both? 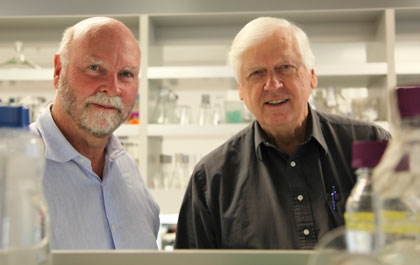 The 15-year, US$40 million project consisted of synthesizing more than 1 million base pair chromosomes of a genome.

The knowledge gained from the project could help develop biofuels, vaccines and other products beneficial to society, the Venter Institute contended.

Reach Out and Make Something

The genome is all the information about an organism, encoded either in DNA or, for viruses, in RNA. RNA is similar to DNA but has only one strand, whereas DNA has two. The two differ in other regards as well.

A base pair is a hydrogen bond that links two nucleotides, or molecules, on opposite complementary DNA or RNA strands.

The team first entered information about the genome into a database. It then designed 1,078 “cassettes” of DNA, each of which had 1,080 base pairs. These “cassettes” were designed so that their ends overlapped each other. Blue Heron Biotechnology made the “cassettes” to the Institute’s specifications.

The researchers then essentially assembled the cassettes in three stages to create a synthetic genome that was grown in yeast cells. They then removed the genome and transplanted it into recipient cells.

The process had to be repeated several times until the team got it correct.

The next step is to create a “leaner” genome. The team will do this by whittling away at the synthetic genome and repeatedly transplanting the results until it gets as small a genome as possible.

The knowledge gained from the project, combined with decreasing costs for DNA synthesis, will be put to beneficial use, the institute said. The technology could be used in biofuels, vaccines, pharmaceuticals, clean water projects and food products.

However, the Venter Institute’s project has spurred controversy among scientists. Some have hailed it as an advance in synthetic biology; others say the discovery isn’t anywhere near as huge an advance as the institute claims it is.

President Obama has asked the Presidential Commission for the Study of Bioethical Issues to study the implications of the development.

There’s been some speculation that synthetic cells may be used in repairing damage to the human body, but the technology’s not good enough for that yet, John L. Wyatt, professor of electrical engineering and computer science at MIT, told TechNewsWorld.

“I don’t know if they could possibly create cells that don’t present an immune problem,” explained Wyatt, who leads an MIT project on retinal implants that may restore vision to the sightless.

The technology’s implications may be troubling.

“We must be very prudent in how quickly and extensively we try to apply this technology,” John Brehany, the executive director and ethicist at the Catholic Medical Association, told TechNewsWorld. “I expect that the first applications will be in the area of industry and agriculture, not medicine. 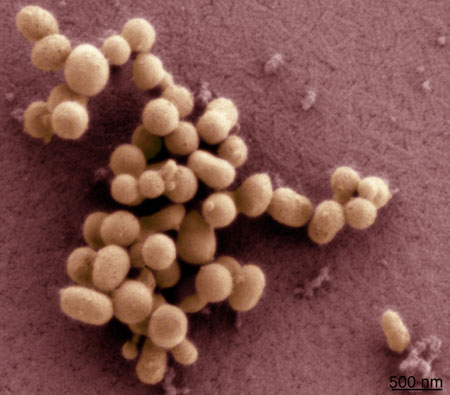 Scanning electron micrographs of M. mycoides JCVI-syn1. (Electron micrographs were provided by Tom Deerinck and Mark Ellisman of the National Center for Microscopy and Imaging Research at the University of California at San Diego .)

“As a matter of principle, there is nothing intrinsically wrong with creating and using synthetic bacteria,” Brehany continued. “We are empowered and entitled by God to exercise responsible stewardship over creation.”

However, he warned against hubris.

“It would be unfortunate if this invention contributed to the false impression that human beings have replaced God or can play God,” Brehany pointed out. “Only if we understand our proper place in the order of creation can we avoid destructive abuses of this powerful invention.”

The Venter Institute says it has worked closely with ethicists to ensure its project does not cross ethical lines. Its latest move was securing funding from the Alfred P. Sloan Institute to conduct a 20-month investigation into the ethical implications of its work.

That produced a study: “Synthetic Genomics — Options for Governance.”

This focused on three issues: Bioterrorism, worker safety, and protection of communities and the environment close to legitimate research laboratories. No one wants another Three Mile Island.