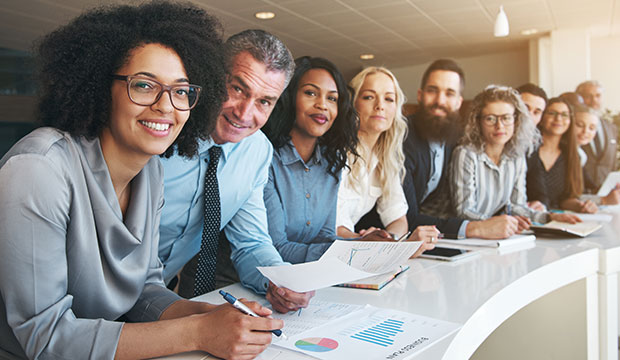 I’ve become convinced that too many of us don’t prioritize our employment choices properly. What recently drew my attention to this was a conversation I had with Dell’s CFO Tom Sweet at Dell Technology World. We were chatting about Dell’s problem attracting employees. Because Dell is a private company, few employees get stock or stock options — they get cash instead. It seems that has put Dell at a disadvantage when competing for top folks.

Because I have a rather substantial background in compensation and employee motivation, I started to wonder whether Dell’s employees were at an advantage rather than a disadvantage, and whether the recruitment issue was one of correcting a false impression rather than overcoming a competitive weakness.

Having watched a ton of my peers lose their options over the years — and more recently, watching the issues surrounding harassment and diversity in most tech firms — I’d like to challenge the impression that a company should even want employees who value options over cash and stronger employee protections.

I’ll offer my perspective on that and then close with my product of the week: Mirage Solo, a new virtual reality headset from Lenovo.

I don’t believe it matters how much money you make if you don’t feel safe at work. I spent some time talking to Michael Dell at Dell Technology World, and one of his comments really stuck with me. He said that if he should catch anyone abusing a woman or minority, he personally would ensure that they were prosecuted to the full extent of the law. For some of the recently exposed abusers, 50 years in prison would be an appropriate punishment, in his opinion.

There aren’t a lot of CEOs who have this kind of passion for the issue. If you are a member of one of the groups commonly harassed or abused, working for a company that has someone at the top who believes in taking aggressive steps to solve the problem likely should be a high priority.

I also spent some time talking to Brian Reaves, Dell’s chief diversity officer. From my vantage point, the role of chief diversity officer is more form than substance in way too many companies. Few have much authority, and they often are just trotted out to give the appearance the company is doing something. If you look at hiring practices or talk to groups in the firm who are abused, however, they are more paper tiger than change agent.

Because Brian has the full backing of Michael Dell and Karen Quintos (the most powerful woman at Dell), his position has teeth. He has been instrumental in driving an inclusive strategy at the firm.

If you are a member of a group that is commonly abused, I now think that as you choose among firms, you should ask for an interview with the firm’s chief diversity officer. Make your own determination about whether the person in that role really would have your back, or is there primarily to take the heat off abusive managers.

One of the events that really stuck with me when I was working for IBM years ago was its stock crash. Prior to that occurrence, a lot of the executives, because we were acquired, were millionaires on paper. Many bought expensive houses and cars on credit, counting on their pool of options to ensure their future and retirement.

Then the stock went from around US$150 to under $40, and millions of dollars in options were lost almost overnight. Worse, many of those folks then were laid off. Many had huge expensive loans, inadequate savings to pay them off, and massive debt. It was catastrophic — but not anywhere near as bad as the dot-com crash a decade or so later.

When the dot-com bubble burst, far more folks lost their homes and ended up living in their expensive cars while they dodged repossession. Going from rich to homeless is about as traumatic as it gets.

Had they had cash instead of options, they still would have had the cash. With cash, you can diversify your portfolio and better protect against catastrophic stock events. Yes, you don’t get the tax advantages of options, but those breaks do you little good if the options go underwater.

If you want to see a ton of folks just hit a productivity wall, take their option value to zero at scale. For a long time, the employees just don’t want to talk about anything else, so getting anything done — like turning around the company — can become impossible. Employees individually have little impact on company valuation, and when the stock crashes the money they lose on paper easily could overwhelm the salary they get.

The lesson is that although you may build up more equity with options, you also have a vastly higher risk of losing it all. I’ve seen that happen to a lot of folks who never recovered. The options may look better on the surface, but once risk is factored in, cash appears to be the better choice. That is particularly true in a volatile market, and right now we have a very volatile market.

Wrapping Up: Doing What You Love

There is a saying that “if you do what you love you’ll never work a day in your life.” I think the quality and security of a job trumps compensation. I also think that if you believe, as I do, that diversity makes for a better company — particularly if you are part of creating that diversity — then you should favor firms that aggressively protect their diverse populations and encourage diverse hiring over firms that give those efforts lip service.

Finally, cash may be better than options from the standpoint of long-term risk and sustainable wealth growth, because you can better protect against a market crash and catastrophic outcome. Yes, you may not be able to buy that expensive car or house as soon, but you are far less likely to end up homeless.

The fact is, you likely don’t need that house or car as much as you need to avoid becoming homeless. It makes me wonder whether candidates who prefer options over cash, particularly in today’s market, really are as smart as some think.

Finally, we spend way too much time on compensation and not enough on finding something we love to do. I’m thinking we need to readjust our priorities. What do you think?

Google’s Daydream platform really looked interesting at launch, but it has been kind of problematic in terms of use. That is because when you place your smartphone into a carrier, it might not fit well, and you could end up with something less than ideal. The less-than-ideal part might kick in when email, phone calls, social networking alerts, or text messages come in, screwing up your experience.

The headsets Samsung designed for its phones actually are impressively good, but the fact remains that the smartphone is far more a communications device than a virtual reality showcase.

Still, this approach has proven to be a very inexpensive way to get into VR. The headsets that use the phones are cheap, some well under $20 (granted most of these are junk) so it does allow folks to get a VR experience without a huge investment.

However, if you should get hooked and want something better, the jump-up could be massive: A PC-based VR solution could cost thousands of dollars.

The market needed something in between, and the Lenovo Mirage Solo is just that. 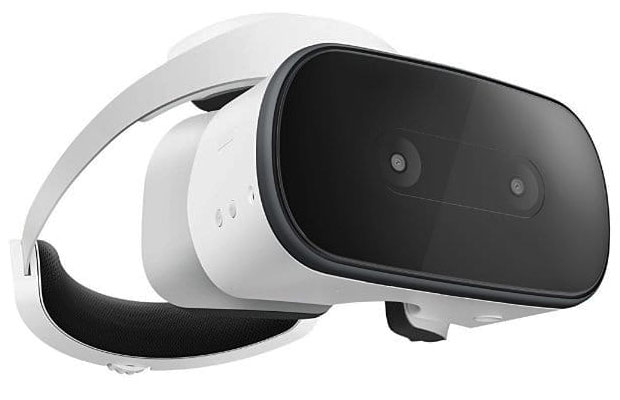 Unlike those PC solutions, it is untethered. I’ve damn near killed myself several times with the tethers on these things. You almost need someone spotting you with this stuff, so you don’t literally break a leg.

This is a full Daydream implementation, so it uses Daydream content. It is far easier to set up and use than either the smartphone or PC solution, and the cost is around where the latest lower-cost group of PC connected headsets resides — but you don’t need a PC. Because the Lenovo Daydream fills a critical need for an integrated Daydream solution, it is my product of the week.