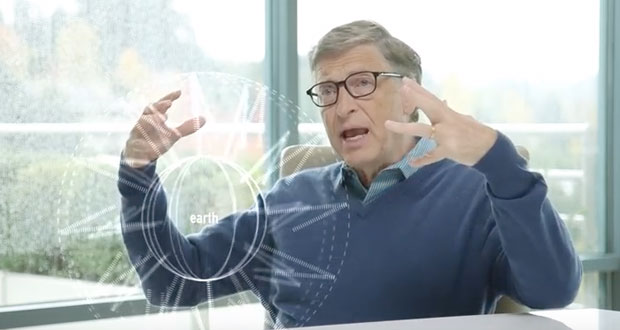 High-tech honchos and venture capitalists from around the world — and one university — on Monday officially announced their participation in the Breakthrough Energy Coalition, a new fund to support companies doing clean energy research.

The coalition will invest in electricity generation and storage, transportation, industrial and agricultural energy use, and energy system efficiency. The goal is to help achieve a global near zero-emission energy future by helping companies profit from the acceleration of clean energy development, said Gates.

Marriage of Private and Public Efforts

Investments will focus on companies in the 20 countries participating in Mission Innovation.

Of those companies, the United States, France, Germany, the UK, Canada, China, Indonesia, Japan, Australia and Mexico have pledged to double governmental or state-directed clean energy R&D investments over the next five years.

“Traditional VCs have recently been backing away from energy startups because of the long timescales and large capital investments needed relative to other fields, like software,” MIT Energy Initiative Director Robert Armstrong told TechNewsWorld.

The number of startups in clean tech has tripled over the past three years or so because of the number of opportunities in the sector, remarked Farah Saeed, a principal consultant at Frost & Sullivan.

A lot of tech companies are investing in this area, she noted.

Money to Be Made

High-tech companies have strong incentives to push for clean energy.

“Energy consumption and thermals are key concerns for the industry, which is why the focus on semiconductors is on efficiency,” said Jim McGregor, a principal analyst at Tirias Research.

“There are still significant gains to be made in efficiency,” he told TechNewsWorld.

One World, One Vision

Government investment in research can lead to the creation of industries that advance the common good, according to the coalition. Only governments have the mandate to protect the public interest and the resources and mechanisms to do so.

However, nation-states’ political differences may impede the free flow of technology, especially technologies viewed as threats to home-grown industries.

“I don’t know that a unified strategy can be obtained with so many different interests represented,” McGregor remarked.

“Policy by committee is a great idea, but sometimes it requires an executive decision to accomplish the goal,” he pointed out.

“You won’t see a single power generation source,” she predicted. “It will always be a combination of generation types with energy storage batteries, and improving the efficiency of the power grid.”

Clean energy “is best suited as a local solution, not a grid replacement,” said McGregor. “Regulatory policy changes may be necessary to drive clean energy more than anything.”