A Tesla S caught fire last week. I have a lot of experience with cars, with lithium-ion batteries — and with both cars and batteries catching fire. For a time, I was the lead battery analyst in the U.S., and my house nearly burned down when a lithium-ion battery pack decided to fail while charging. (Thank goodness I’d also been trained to fight fires).

I should also mention I’ve blown up at least one car accidentally, and over the years I’ve totaled one car myself and have been run into so many times I think my nickname should be “crash dummy.” And my hobby is tricking out a reasonably old Jag. I’ve tested the Tesla S extensively and driven the earlier roadster, and I think I can bring a bit of perspective to the flaming Tesla stories that caused the company’s stock to crater last week.

I’ll close with my product of the week: the new and truly wonderful TiVo Roamio.

One of the reasons gas cars continue to outsell and provide better value than electric cars is energy density, which is vastly higher in gas than it is in batteries. What that means is you get more power for less volume with gas than you do with lithium-ion batteries. While that works against you in the driving range, it generally works for you if the repository goes up.

If you’ve ever seen a gas tank explode it is pretty spectacular and generally comes with injuries or death. (Compared to what you’ll find on YouTube, the Tesla looks damn good.) As we saw with the Tesla, a battery pack tends to fail more slowly, and while it can be equally dangerous — as I found out — you have far more time to deal with the problem.

In my case, the electric bike battery pack that caught fire didn’t explode like a gas tank would, filling the garage with flames. It first heated up the steel containment case, then melted the screws keeping the case closed. The case then fell to the ground causing the fire to escape. The tires on the bike caught fire, and that set off one of my fire alarms, allowing me to put the mess out while there was still a chance to do so. A similar gas fire would have gone “boom,” likely leaving an opportunity to roast marshmallows, assuming I got out of the house, and a party I’d attend in absentia if I didn’t.

However, having said that, we really stopped seriously working on electric cars about the same time we stopped working on steam cars in the 1920s. As a result, gas got decades of R&D focused on making it safer, though there were hiccups like the Pinto’s exploding gas tank. On the other hand, a Pinto did what a Tesla has never done — fly. Also, during this time, we got pretty used to gas car fires and if you drive a lot you likely see at least one car or truck a week on the side of the road going through a meltdown.

For instance, when Dick Van Dyke’s new Jaguar went up (a much more spectacular video) we didn’t seem to care that much, because we knew it was an anomaly. It was a gas car, they do catch fire, big whoop and he lived — but it was kind of close.

We aren’t really used to electric car issues yet, and folks were waiting for the first Tesla to catch fire. It was far from the first electric, but being a Tesla it caught ink and became news, where a gas car just isn’t. I share the belief that the Tesla is the safest car in its class — and most others — but it isn’t invulnerable.

The big problem with electric cars, and we saw it with this fire, is that folks really aren’t yet trained to deal with them in an accident yet. With a gas car, you know to smother the flames and get the folks out, not necessarily in that order. With an electric, the process is a bit more complex because you have to somehow disconnect the power. There is generally a disconnect switch in an electric, but that may not prevent the battery packs from having a cascading failure as each overheats. Otherwise, the thing is likely to just start burning again, and the electricity itself can be deadly.

Some Advice: If you have an electric car, you should know where the emergency disconnect is so you may also be able to save your car. If you can turn off the main power switch, you may be able to limit the damage and certainly you’ll reduce the lethality — and generally, unlike gas, you (generally) don’t have to worry about an explosion.

Having said that, if you already have a fire, telling the firefighters where the switch is — because they will have on protective gear — will likely be your safest bet. Your life is harder to replace than your car. Electric remains safer; the only thing that offsets this is inexperience. Electricity doesn’t kill in a gas car, but it can in an electric.

One of the responsibilities you take on whenever you implement a new technology that few yet know about is how to deal with it in a catastrophe. Generally, the first responders won’t be trained on it yet and if you don’t know what to do, that lack of knowledge can get you hurt. So it is your job to know how to render the technology safe.

The nice thing about Tesla is there is near-instant support, and the car is instrumented. If you contact them, the Tesla folks can likely walk the firefighters through solving the problem from anyplace where there is a cell signal. GM has OnStar but its cars aren’t as well instrumented, so I doubt it would be as effective.

I’m actually impressed with how elegantly the Tesla S failed. It took a catastrophic hit to the front of the car that shorted the forward cells. The car alerted before it caught fire, and everyone was out of the car and safe. It actually behaved better than a gas car — but with a little better training or faster connection between the Tesla folks and the firefighters, even more damage could have been avoided. I still think the Tesla is likely the safest car on the road, but even it could be safer.

So if you see the video of the Tesla car and it scares you, just watch a video of a gas tank going up and realize that, relatively, it is still a ton safer. It just isn’t the Supercar yet. (Oh, the link above to the exploding Pinto goes to a clip of the movie Top Secret — it’s pretty funny. The link to the flying Pinto goes to a video that’s real.)

Product of the Week: The Amazing TiVo Roamio

I’ve been a TiVo fan for a long time, but the last generation almost made me an ex-fan because it was slow and seemed to crash a lot. Well the new Roamio is, with one minor exception, near perfect. It not only has six tuners, allowing me to tape up to six shows at the same time, but also streams seamlessly between rooms to other TiVos or TiVo Minis and accepts streams from all of the major providers — Hulu, Amazon, Netflix, even Xfinity on Demand. 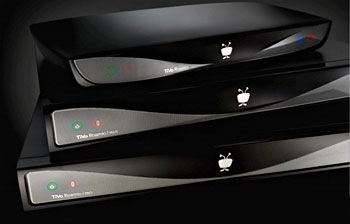 This has been particularly impressive during the opening of the new season, because we haven’t missed a show even if we forgot to record it. There has always been a way to stream the show from one of the providers after the fact.

The only issue I’ve had is that it doesn’t seem to really like my USB TiVo remote control for some reason, but otherwise I’ve been thrilled with my new Roamio. I watch a ton of TV, mostly car shows, and this new TiVo has been a godsend. As a result, the new TiVo Roamio is my product of the week.