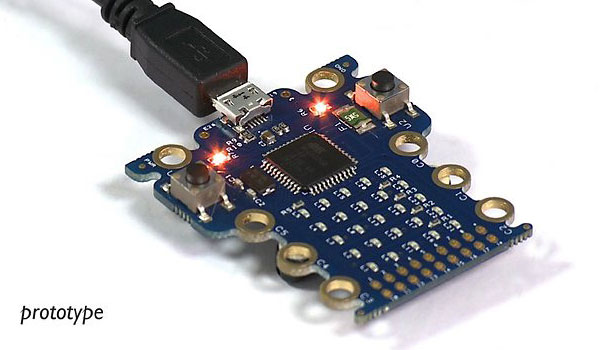 The BBC last week announced that it would give programming PCs to 1 million students through its Make It Digital initiative, an effort to spark greater interest in technology.

The 11- and 12-year-old UK school children will receive Micro Bit, a stripped-down computer that can be worn on a lanyard. Similar to the Raspberry Pi, the Micro Bit is a programming computer designed to serve as an entry point for individuals interested in coding.

The Micro Bit is preceded by the BBC Micro, a computer placed in classrooms during the 1980s. In the spirit of that effort, and inspired by the positive result it had on so many computer engineers, the BBC launched the current Make It Digital initiative.

While the BBC and its partners see value in self-directed learning, they are developing an intensive, structured traineeship program, also part of Make It Digital, that will be launched in the summer.

Up to 5,000 unemployed youth will have the opportunity to engage in a nine-week apprenticeship session at the BBC Academy. The traineeship program will cover basic digital skills and employability skills, two classes that will cover six weeks at the academy.

In the final three weeks of the traineeship, the pupils will engage in work placement program. Some of the best of the bunch will be encouraged to apply for apprenticeships with the BBC.

The BBC has partnered with more than 25 technology companies to propel the Make It Digital initiative. Collaborators worked on everything from fabricating the Micro Bit to providing content.

On the hardware side of things, the BBC partnered with companies such as Microsoft and ARM. On the content side, it teamed with organizations such as Decoded and CoderDojo to create supporting curriculum and media for the Micro Bit.

The Micro Bit shouldn’t be viewed as a competitor to programming products like the Raspberry Pi or Arduino, according to the BBC. The stripped-down Micro Bit is designed to help coders transition to more complex and capable hardware.

There will be just 1 million Micro Bit computers given out. Once they’ve been distributed, that’s it, according to the BBC.

“You can see the value that an active, engaged, innovative developer culture brought to platforms like smartphones, for example,” he told TechNewWorld, “but you can also see where the industry has run into trouble in training staff for legacy products — such as the IBM mainframe.”

The public seems to have lost interest in scientific topics over the last few generations, King said.

Consumers enjoy the rosy tech picture of sleeker hardware and more robust apps being delivered at increasingly faster rates, but the technology industry still has to cope with a loss of interest in employment in science and technology fields, he said.

“I think that the BBC is recognizing the danger of that,” said King, “and this what you might call a proactive attempt to engage youngsters and point them in what I think many people would believe is a positive direction.”