The Next Big Thing in Smartphones: Multiple Video Camera Support 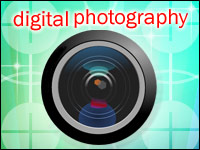 I’ve been meeting with a number of companies that build video-editing software, and I’ve been becoming increasingly concerned that we aren’t at all ready for a world in which nearly every car and every head has a streaming camera attached to it. Regardless of whether we are prepared or not, I think it likely that the next big smartphone feature will be the ability to stream multiple cameras at once, and edit the result on the camera.

Currently the best in class can be seen on LG and HTC phones that have the Muvee editing software bundled. This is about to get even crazier, though.

I’ll explain and then close with my product of the week: CyberLink PowerDVD 13, one of the best DVD players for a PC on the market.

We are increasingly all on camera. With cameras on smartphones and cameras starting to proliferate on the dashes of cars, our lives are increasingly being captured and categorized. My favorite examples of this are of crazy Russian drivers.

YouTube is full of videos folks didn’t know were being taken of them in awkward or embarrassing situations, and there have been programs on TV dedicated to this class of video going back decades. There is clearly no shortage of content, but increasingly there is a growing problem.

The problem has shifted from not having a camera during a critical event you want captured to having too many of them. This will clearly get far worse once folks start walking around with Google Glass or some other mounted camera like Looxcie on their heads.

Even in-car cameras now have multiple feeds, generally from the front and back of the car — but increasingly from the inside of the car as well. The problem with all of these cameras then shifts from not enough video to way the hell too much, and that leads to a coming solution.

In a few short months, phones will be able to accept and edit 4K videos. This means moving from HD, which few phones can currently handle, to the much higher-resolution new TV format, which stresses PCs. You’d think it would be impossible for smartphones but apparently it isn’t — or at least it won’t be on next- generation Nvidia Tegra or Qualcomm Snapdragon processors.

This means the phones will have sufficient processing headroom to handle multiple HD video feeds from different sources, but sorting out how to synchronize these feeds likely will differentiate the best products.

Expect to be editing on your phone, because shipping these files up to the cloud for editing and then back to the phone for viewing will be not only an expensive process, but also a lengthy one, taking up to an hour just to ship up and get back 10 minutes of video. You add the editing time to this and suddenly Nvidia and Qualcomm are really happy, because you’ll need their very best processors to get the job done.

The end result could actually be worth it. Imagine a video being created through a blending of shots all synchronized from different views. Say you’re shooting a video of yourself surfing; you’d have an angle from your head, another from the front of the board, and then camera feeds from the shore and other surfers.

These would all be feeding a single phone that you’d either have on you — hopefully in a waterproof case — or, more wisely, have safely protected on shore. You’d have the ability to create a video with your phone that could rival what a fully equipped film crew can now do, limited only by the quality of the lenses in the devices and the quality of their optical sensors — both of which should exceed what we have on smartphones today.

Granted, I expect the action we’ll actually see on YouTube will still be folks on a variety of skateboards, roller blades, bicycles, motorcycles, and in cars doing really stupid stuff, but we’ll see their “oh crap” moment from a variety of new and impressive angles.

Wrapping Up: Remember You’re on Camera

While I think these multi-angle videos will be amazing, what I think you should remember is that increasingly, what you are doing is being recorded. Get used to looking for head-mounted cameras when you are in the bathroom, in the gym, out with your kids, or even when you think you are safe at home or work.

That moment of poor judgment when you tell an off-color joke, make an unfortunate angry statement, or simply behave normally in a place you think is private could result in an embarrassing or career-ending video.

If you keep your eyes open, you should be able to reduce the exposure to both you and your family. Finally, recognize that Google, one of the big supporters of these cameras with Google Glass, has a horrid privacy and security record. It’s possible that even your own head-mounted camera could do you harm. Just think how you’d feel if an accidental video of your spouse or kids made it up on the Web.

Amazing things are coming for video, but we’d better not just think about what we want to do with this technology but how it could be used against us.

Product of the Week: CyberLink PowerDVD 13

I’ve been a big fan of CyberLink since the first version of the product came out. If you want to play a DVD or video on your PC, there really is no better aftermarket product.

The company was early with Blu-ray support, and today most folks likely use an older version to watch Blu-ray movies on their PC. 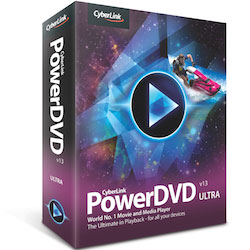 The current version of the product is designed to play DVDs and pull video files off your in-home server or PC, and it can even upscale to a 4K TV once those TVs become affordable enough to buy. This version also supports UltraViolet — the technology the Blu-Ray folks are using to allow you to stream your disks legally over the Internet.

CyberLink PowerDVD 13 has the ability to turn your iOS or Android device into a remote control so you can watch your movie playing from your PC in your home or hotel room.

This is the first version of the product to provide support for mobile devices from those running Android and iOS to those running Windows 8. One feature I particularly like is the BD-Live bypass option. I’ve never found BD-Live very useful and it adds minutes to the time it takes to load and watch a Blu-ray movie.

Mostly, I use CyberLink when I travel, and these improvements have made away-from-home movie watching far more pleasant. As a result, CyberLink PowerDVD 13 is my product of the week.