The Secrets of How IBM Maintains AI Leadership 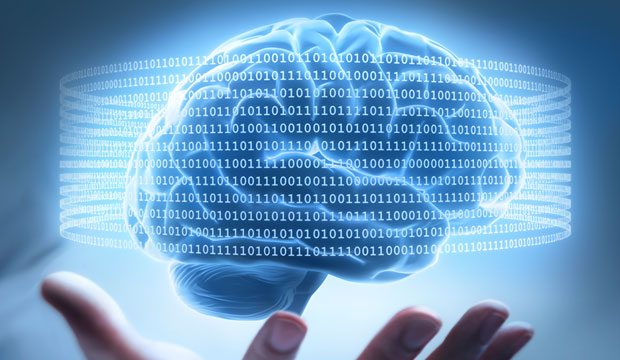 IBM is chasing two of the three technology areas that I think will change the world as we know it over the next two decades. Granted, we are currently experiencing a level of unprecedented change, thanks to the pandemic, and it is dramatically accelerating at least one of these efforts.

The three technology changes that I’m watching are robotics (including things like autonomous cars), AI computing, and quantum computing.

IBM’s focus has been on the AI (Watson), and quantum computing efforts. I got an update on their AI efforts last week, and they have moved the ball a lot over the last few months.

Let’s talk about that this week, and we’ll close with my product of the week — a new powerful router from Linksys that could be a godsend for those of us with a ton of connected devices.

IBM began their AI push early on, and they dominate enterprise-class AI with their Watson offering.

Initially targeted at the healthcare segment and focused on making a difficult diagnosis, I still recall their first public validation test. They took a problem that had stumped doctors for years regarding a woman who had strange symptoms and an undiagnosed painful disease. In 15 minutes, the system identified both the cause and the likely cure for her problem.

I’ve seen the machine compete successfully on Jeopardy and, more recently, do a pretty impressive job with a live debate. While it lost that competition, I think the judge was biased toward the human; it was funnier and more entertaining than the human was. Ironically, it might have been the humor that got Watson into trouble. But it did give me a sense of what a future digital assistant might be able to accomplish.

Granted, at one time I thought IBM’s alliance with Apple might lead to an impressive Watson back end for Siri. However, with Apple still being one of the leading “not invented here” companies, unfortunately that never happened. We are still dealing with personal AIs with capabilities well below what we might have were there a Watson machine behind our personal digital assistants now.

IBM has five labs all over the world working on AI advancement, and they are developing unique processors and memory systems to increase the speed and intelligence of their efforts. They reported that their average performance per watt increase is currently around 2.5x per year. This performance improvement rate is well ahead of the industry standard Morre’s Law, which has performance doubling every two years. IBM is more than doubling that.

This sustained vast improvement has also forced them to rethink component interconnect as well as create a new memory type. This memory type has elements that are surprisingly similar to Intel’s Optane product, but with what appears to be far higher density and performance more in line with IBM’s AI efforts. This suggests that the technology could, if it hasn’t already, make it into IBM’s mainstream servers and storage products, much like Intel’s Optane has.

One of IBM’s most impressive efforts is the development of algorithms that allowed them to reduce precision while having little effect on accuracy. They started with a 32-bit process and were able to reduce the precision to a 2-bit process. This reduction significantly reduces the size and power requirements of both the training and inference systems that result, and this effort could have an impact on other server loads as well.

Wrapping Up: The End Result

The outcome of this US$2 billion, seven-year, effort is a 300K performance per watt increase over the period. With this enormous performance increase, the things that an AI will shortly be able to do should expand exponentially. The solutions will still be gated by necessary training, but IBM has also been working to reduce training time and cost aggressively during the last few years.

The result is that enterprise-grade AIs should become much less expensive and much more powerful, very rapidly. By mid-decade, we should have a significant increase in deployed enterprise-grade AIs, most of which will be applied to decision support.

Better decisions should lead to better outcomes in areas like defense, law, healthcare, operations, marketing, and finance, where these AIs are likely to become aggressively deployed. I expect, by mid-decade, the most successful companies, hospitals, law practices, and governments will have deployed these next-generation systems, and we should see a better-managed world as a result.

Here’s to hoping we all survive long enough to get there.

I have a highly automated home, and that means a ton of connected devices. One of the side effects of this is my routers seem to be continually failing. Also, I have several Linksys Velop Mesh extenders, which means I need to have one as the master and the others dovetail off that one. The Velop systems don’t like this configuration much, so they too often need to be rebooted.

Well, the new Linksys AX6000 (MR9600) Mesh WiFi 6 Router has been a godsend. This router will not only extend directly to the Velop units, eliminating the need for one of them to sit right on top of my main router (and freeing up a unit for an additional location), but it’s designed to handle a vast number of connected devices and it hasn’t failed yet.

Base coverage, without the extenders, is estimated at 3,000 square feet — and it’s a WiFi 6 router, which means that WiFi 6 devices get speeds that rival wired connections.

I had to figure out how to add the router to the Linksys app, which is a little confusing when you’ve had multiple earlier Linksys routers connected to it. But even with that initial difficulty and a software upgrade, I was up and running in under 20 minutes. 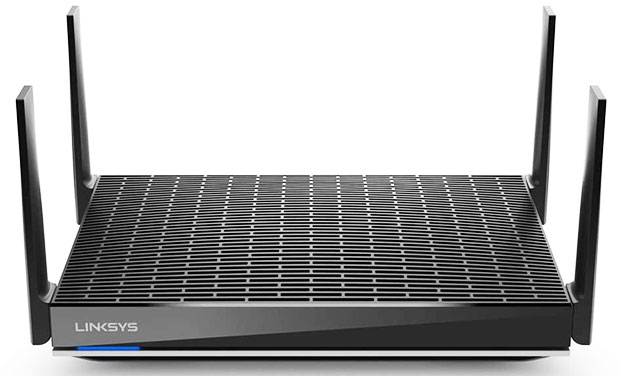 Linksys AX6000 Mesh WiFi 6 Router
With lots of wireless stuff, finding a proper channel for my WiFi router has been a huge problem, this makes that selection automatically, and the performance is nothing short of amazing. I don’t get excited about routers that often, but I love this thing.
A D V E R T I S E M E N T

I’ve had it in for a week, and it hasn’t crashed once, making it one of the most reliable routers I’ve so far had with this heavy load.

It costs $399 on Amazon — though I note they are sold out of the thing at the moment. It is pretty popular, and it doesn’t hurt that it is also one of the best-looking routers I’ve ever had.

If you want a WiFi 6 router that connects to a ton of things without crashing, this may be the router for you; it was for me, making the Linksys AX6000 Mesh router my product of the week.

Stay safe out there (and please wear a mask, the life you save may be mine)! 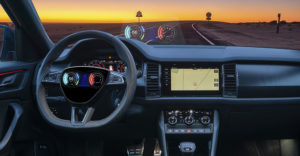