It is time to look back at 2014, so I’ll focus here on a series of stories I thought were interesting but didn’t seem to catch much or any real air. Some, like what is really behind Sony’s decision to pull The Interview still might take off.

I’ll close with my last product of the week: a well-priced new full-size notebook from HP for the small business market.

When It Comes to Hadoop, There Is Only 1 Vendor

Hadoop analytics is one of the most powerful platforms to come to market, and a variety of vendors are providing solutions. However, over the year only one vendor was showcased at event after event, and with major vendor after major vendor, and that was Cloudera. Virtually unknown before Tom Reilly took over as CEO, this firm has become the player tied to everyone, from Intel to Microsoft.

I’ve actually never seen a company become so well entrenched with so many vendors so quickly, but when it comes to Hadoop, there really is only one vendor the major companies work strategically with — and that is Cloudera. Impressive work from Reilly.

Apparently the Surface 3 from Microsoft is selling incredibly well into business accounts, and from the ads, you’d think it was kicking the MacBook Air’s butt. Actually, though, it is replacing tablets for folks who want a tablet but want to be able to work on it.

This has been an impressive effort by Microsoft, and the Windows OEMs aren’t very amused — but it is less a laptop than a super tablet, based on what people are replacing with it.

Even in the education market, which accounts for the vast majority of Chromebook sales, it isn’t really liked, judging from recent Gartner research. Google is giving education buyers core curriculum software for 50 percent off, and that is what driving them to Chromebooks.

If Microsoft (or someone else, like Apple) were able to offer an even better deal, they’d likely chase that vendor’s offering just as aggressively, Gartner suggested.

Security and IT Operations aren’t known for cooperating, but threats like the Sony attack and Heartbleed are drivng them together.

The result is the creation of an entirely new software class called “SecOps” software, which links security and operations far more tightly.

A Lot of Folks Are Stealing Mail and Packages

Apparently, a growing number of folks are going door to door and stealing mail and packages when no one is around, according to Nextdoor, the neighborhood social networking platform, and there is some concern that this eventually will escalate to home invasions.

This has caused a sharp uptick in security camera sales. Lots of folks have nice glossy pictures of these assh*les and are looking actively for them along with the local police as a result.

Apparently Jaguar and others are going to turn your windshield into a display, not for movies or email but for navigation and augmented reality — mostly to highlight dangers you might not otherwise see, like kids running into the road.

You’ll even be able to see through your A pillar.

Most 3D Printer Sales Are to Schools

In retail, about 85 percent of the 3D printers sold are going to schools, according to Best Buy, to allow students to get ahead of this coming technology and play with what they create on computers.

Even more interesting is that most are K-12 rather than colleges.

Carly Fiorina Will Run for US President

While Carly Fiorina is facing critics over the prospect of a presidential run, this actually could be a good thing.

She is much stronger on tech than President Obama is, and both a strong speaker and a huge proponent of women’s rights, which is unusual in a Republican. I seriously doubt she’d win, but I do believe she’d force others to address areas that typically don’t get much focus in an election, forcing some real debates on substantive topics and some real in-your-face battles.

Why Sony Really Gave In to the GoP

I’ve done a lot of email audits over the years, and typically with a broad sample you will find one or two affairs, some executive misspending company assets, the possibility of insider trading (someone leaking material information to a third party), and certainly lots of folks who think that inappropriate comments are OK in email.

What actually was disclosed from the Guardians of Peace attack on Sony is not at all as bad as what the hackers should have found with a 100 percent sample and government resources to go through it. If you read through some of the coverage, it seems Sony prompted some of the theaters to pull the movie because they weren’t sure Sony was going to give it to them, and then Sony used that as a reason to pull the movie.

In the end, we may never know why Sony gave in when the U.S. said “there was no credible threat,” but as with most things, I expect it isn’t what we’ve been lead to believe.

Sadly, I expect we haven’t seen the end of this. Once blackmailers succeed, it gets pretty easy for them to blackmail again. Watch for a favorable movie about North Korea out of Sony and some unusual payments to that country going forward.

Wrapping Up: An Amazing Year

It has been an amazing and somewhat scary year — a lot of good, some really nasty bad, and all in all I’m glad to see it pass us by.

2015 looks to be even more interesting, and I’ll offer my ideas on that next week, as you recover from Christmas and get ready for New Year’s Eve morning.

You may want to sleep through 2015, particularly if you are Sony, as I doubt North Korea is done with it.

There has been a huge move to get people to love laptop computers with ever-smaller screens — and my product of the week last week once was such an offering. A lot of us move between mostly the same two places, or go to a location and get another desk to work at. (I did when I was in auditing.) We can use and appreciate a much bigger screen, and that class of notebook often is overlooked in the face of smaller offerings.

In addition, AMD-based products often feel a tad cheap, though they do tend to provide a good value.

Well, the HP EliteBook 755 AMD series is not only well priced, but also more of a luxury notebook, with everything from a high-end touch display to an SSD drive and biometric fingerprint security. The fully loaded version is still well under US$1,200, though you can get into the line for a far more reasonable $749. 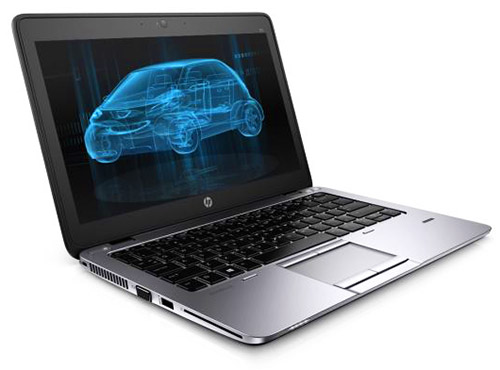 For those of us who write content, the 16-inch class of products gives us desktop-like real estate. While battery life typically isn’t that great for the class, users tend to mostly work connected to power — though you should be able to get more than five hours from this box. Configurations range from rare Windows 7, which users often prefer, to Windows 8 with the touchscreen.

This is a machine with enough power to game on, and it’s far better than machines with smaller screens for those of us who don’t like to pretend we can work on airplanes.

If you are looking for something more business-focused and are willing to give up some portability for a big gorgeous screen, the HP EliteBook 755 AMD Series sets the bar. It is at least worth using as a benchmark for other systems you might consider, and it’s my product of the week.

Which Stars Will Shine Brightest in Apple’s Brilliant 2015?