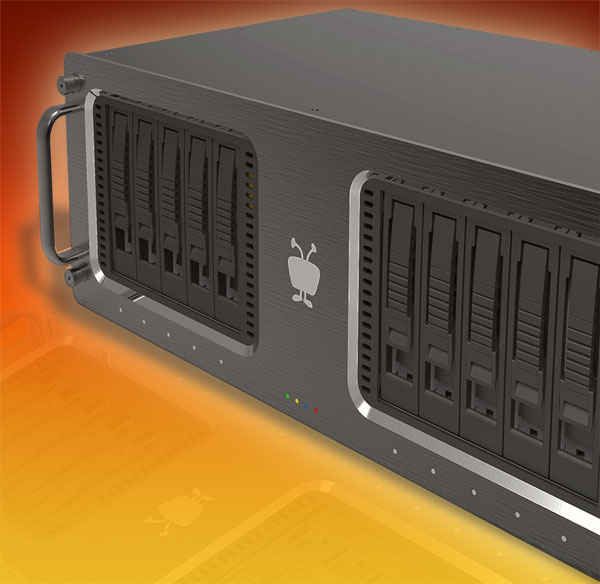 TiVo pulled out all the stops at this year’s CEDIA (Custom Electronic Design & Installation Association) trade show, which typically features the biggest and flashiest new offerings in the world of home theater.

Fifteen years after pioneering the DVR space, the company on Monday announced the TiVo Mega, which boasts 24 terabytes of recording space — enough to store more than 26,000 hours of standard definition or 4,000 hours of high-definition video.

The TiVo Mega, which is expected to be available in the first quarter of 2015, has more than 12 times the storage capacity of any cable or satellite set-top box DVR. It is aimed at the power user who may never want to delete anything and is willing to fork over US$5,000 for the privilege.

“TiVo Mega is aimed at audio/video enthusiasts who insist on the biggest and best equipment available,” Ira Hahr, TiVo chief marketing officer, told TechNewsWorld. “We think the TiVo interface is ideally suited to manage a library of this size.”

The feature-laden DVR includes six tuners, support for TiVo’s whole-home solution, and the ability to stream live TV and recordings to a user’s smartphone, tablet or PC device. Recorded content even can be transferred to a portable device for offline playback.

The TiVo Mega’s content navigation includes universal search across cable, video on-demand (VOD), and even Web apps such as Netflix and YouTube. It has a “What to Watch” feature with a personalized dashboard of recommendations for users. A channel guide with filters gives users another option for discovering programming choices.

“It is flamboyant, enables never deleting content, and [fulfills] a hoarder’s fondest wishes,” she said. “TiVo seems to be making a statement focusing on ‘bigger is better’ — particularly with TiVo’s deals with other video-streaming providers.”

However, given the plethora of streaming options and VOD services that are now available, it is unlikely more than a few users ever will have the need to save 4,000 hours of HD content.

“More than 95 percent of DVRed content is consumed within 30 days,” Joel Espelien, senior analyst at The Diffusion Group, told TechNewsWorld. “The average person watches 160 hours of TV a month. You do the math. Five thousand hours doesn’t make a lot of sense. We already have a service for people who want thousands of hours of content available on demand. It’s called ‘Netflix.'”

The TiVo Mega’s 24-TB storage capacity would seem to be ideal for 4K/Ultra-HD video, which could begin to arrive in some form later this year. However, the device as its stands isn’t capable of recording the higher-resolution video content.

“A 4K DVR would need a hardware encoder to do real-time — that is, pause live TV — functionality,” added Espelien. “That is more than just a software upgrade.”

The device would, however, complement the high-end market, and even serve “an ancillary market related to the semi-pro archival realm,” Schreiner suggested. “People are storing content locally as well as in the cloud, and in the semi-pro market, there is also a greater need for redundancy.”

TiVo, which saw its market share in the DVR space fall as cable and satellite set-top boxes provided a similar service, could be positioning the TiVo Mega as way to remain relevant in the niche markets.

“Clearly, at this price point and capabilities, this product is not for the mainstream,” Schreiner noted.

However, “its six-stream feature, along with multiroom, on-the-go and other features and capabilities, may fit rather well into a highly integrated high-end custom A/V and videophile niche,” she added.