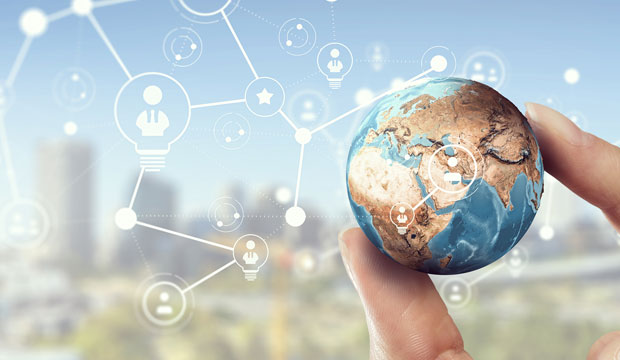 The world is a smaller place because we have so many ways to connect and communicate, but it has created a generation gap, a gap of classes and perhaps even a culture gap.

This may seem like a serious contradiction; after all shouldn’t more means of communication bring us closer together?

The obvious answer is yes, but unfortunately this is not the case — in part because so many technology start-ups have tried to create the next way to connect with friends, colleagues and acquaintances. Millennials are just as likely to “snap” or “tweet” as they are to talk on their smartphones, and many close friends of all ages rely on social media sites like Facebook to “chat.”

It is likely impossible for most people alive today, certainly anyone reading this, to really understand that just 150 years ago information spread only as fast as people could travel — and that wasn’t very far. Voters didn’t know who was elected president until weeks after the election. In some cases, battles were fought — most notably the Battle of New Orleans in 1815 — after the formal peace treaty was signed! Talk about dying for a lost cause.

The telegraph shortened the time it took to communicate from days and weeks to hours, and telephone and radio communications shortened that time even more. One of the big leaps forward came with the first undersea cable, which went online in August 1858. It reduced the communication time between North America and Europe from around 10 days on average to just several hours.

Satellites and the Internet have allowed communications to virtually any part of the world — and not just voice either. Email, FTP and cloud-based servers have made it possible to share documents, images and other files nearly instantly.

Anyone who grew up in the 1970s or 1980s probably remembers a time when FedEx promised to “get it there” overnight, while fax machines could send documents over a phone line in minutes. Now a computer, smartphone or tablet can share all that data in seconds.

Technology such as Skype, and other Voice/Video over IP services, have allowed for affordable intercontinental phone calls and even video conferencing. It truly is a golden age for communication.

We have phones that now allow affordable and clear long distance phone calls; we have email and other services to share documents and files; we have Facetime and Skype that allow for real-time video conferencing; and we have dozens of ways to send real-time typed text messages.

All this progress has led some tech thinkers to consider ways of making a better mousetrap — or worse, reinventing the wheel.

For many Baby Boomers, it doesn’t seem logical to type on a phone when you can call. However, many Gen Xers find a text exchange quicker and easier. As a bonus, even with the potential for typos, the message is clear and can be archived.

The question from a Gen-X point of view — is why phone, email, mobile phone, instant message service, Skype or Facetime, FTP or other file sharing service, and social media feeds aren’t enough. Haven’t we invented, developed and refined everything we need?

For millennials, the answer apparently is no.

Some want to use services like Facebook or Twitter as a communications tool, while others like to “chat” on the private messaging feature on message boards and forums. Any way you slice it, what this means is that those individuals have closed their circle, because they “message” only those using the services.

I’ve heard the argument that it is easier because they have an app on their phone and they already have Facebook or Twitter open. So why not communicate through these services?

On the other hand, why not email? It is designed to send and receive typed messages with or without attachments. and everything can be archived locally or on a cloud-based server. Gmail would seem to be a good choice, as users can access their email from any computer.

Relying on Facebook means getting an email that says you have a message! Do we really need to add a step?

New Ways to Do the Same Thing

Then there are services like Snapchat, which became popular with millennials who use it to “snap” in the moment. Apparently the ability to send messages that delete themselves seconds after arrival is worth billions of dollars, at least based on the company’s recent IPO.

Deleting messages has been around for eons: A letter is delivered; you read it and throw it away. All Snapchat has done is automate that process for the digital space.

Granted, Snapchat probably has a purpose for those times you really want to say something but don’t want evidence that you said it. I’ll leave it to the reader to imagine what such messages could entail — millennials certainly have sent them!

Slack — a cloud collaboration tool — is another thing that seems somewhat redundant. It is a cross between email and instant messaging, and it allows for archived discussions. However, it could be good for those times when instructions and follow through can be easily seen and clarified. It doesn’t seem very useful for friend-to-friend communications, but it has a purpose for good team-based or colleague-to-colleague communications.

One of the biggest issues with these new communication methods is that they leave some people clueless when the system they’ve become familiar with breaks down. For example, I recently needed to conduct a phone interview. The PR person suggested a conferencing service, but it was down, leaving the PR person at a loss as to how the source and I could communicate.

I suggested, providing my phone number, so that instead of each of us dialing in to a conference call, he could just phone me directly. The answer was surprising: “I’ll see if he is able to do that.”

Why wouldn’t he be able to call me? He apparently had the skills to dial into a conferencing service, the call wasn’t one of national security, it didn’t need to be recorded, and there were only two parties involved! Why the angst over a simple call?

We now have more means of communication than even science fiction writers dreamt up — but there are those who keep trying to reinvent the wheel. What they’ve come up with is not all that dissimilar from what we already had. The problem is that these new methods aren’t reducing steps — they are adding more.

If I need to sign up for a service, download an app, or use a service that alerts me via email when I receive a message, it seems that someone didn’t really think this through.

Yet the makers of Slack are worth millions, and the developers of Snapchat are billionaires — so I must be the guy who is wrong.