What Apple – and Technology – Is Taking Away From Us

One of the things that bothers me about technology companies — and I could start with Apple and end up with Google — is that freedom is often part of what we give up when we buy their products. This can range from having to manage too many things, to being locked into a platform, to having no say about how our valuable personal information is used. We live in a world of increasing technology slavery, and since many of us are celebrating a day off to remember the establishment of freedom in the U.S., I thought this topic would be interesting.

I will close with my product of the week, an update of the plug computer that could free your data (securely) so you can access it anyplace you are.

Selling Freedom on the Cheap

The direction of much of the technology industry has been toward Apple, with the promise of cool stuff, but at the cost of the freedom to choose carriers and other phone types. It either feels like Pinocchio, where the promise of a free amusement park hid the resulting slavery, or that Apple took their famous 1984 commercial and made it a goal. The stores look the same, the products look the same, and you often think that were it up to Steve, we’d all wear black and look a bit like we lived in China about 40 years ago.

They even control information, outside arguing that there is no hardware problem (Anandtech disagrees) with the recent iPhone, while quietly replacing the antenna engineers inside. Steve understands how we are wired, and he uses this against us. We are hard-wired to prefer things that increase our prestige, because as we evolved, those with the greatest prestige got the best mates and the most children. Steve offers us prestige, and we give up our freedom.

The result is incredibly powerful, but it also showcases how we sell our freedom very cheaply. And Apple isn’t the only one — really it’s only the tip of the iceberg.

I can remember when we got together as families and talked, when we seemed to really care about what we each did when we were apart and when it mattered more what a politician had done than how well an opponent could disparage him or her. I can remember lying on the grass and thinking about what clouds looked like and taking adventures. I can remember vacations where you focused on where you were, not on what you left behind.

Now we seem to spend our time watching other people live horrid lives on reality TV shows. We seem to have developed an advanced case of nastiness, where the issues of the world aren’t important but being able to overtly call people nasty names if they are different in any way from us are. We seem to be lucky if we ever see our families, and an SMS message is increasingly, from our perspective, a good substitute for a chat. We have technology in our cars that distracts us from driving and around us all the time that distracts us from living. We go on vacations but never leave the office, making the entire concept of vacation moot and increasingly are wedded to technology 24 hours a day and 7 days a week, while our actual work productivity seems to be dropping due to the distractions.

Personally, I’m a big fan of technology. I grew up with it, I live with it, and it will always be a part of my life, but I never intended to give up my freedom for it, and I doubt you did either.

If you look at the major technology vendors, they aren’t free either. They were increasingly controlled by Intel and Microsoft, and Google is proving to be no better master. In fact, Google may actually be the worst, because they barter for intellectual property, concealing the real costs of their goods and services behind a happy face and the false promise of “free” taking us right back to Pinocchio.

Recently HP declared freedom by buying Palm, and I’m increasingly wondering if that might not be the better path until freedom is restored. But that path comes with costs and risks — costs and risks most clearly are not willing to take. Granted, so does freedom in any form, and it might be argued that freedom that doesn’t come with cost and risks likely will not be valued enough to protect.

Last week at an Intel Lab event, I became aware of an effort to give us back our freedom from technology. Intel has recently raised Genevieve Bell, who is an ethnologist, to the status of Intel Fellow and given her a lab and the mission to make technology serve people, rather than the other way around.

This move, particularly if other vendors replicated it, could focus future technology in a way that will change it from being our master to either our partner or servant. Either would help restore the freedom we so easily gave up and give us back the balance I think we so desperately need.

During this day, with the U.S. celebrating its freedom, take a few minutes to set aside your iPhone, iPad, BlackBerry, TV, or game console and take a moment of freedom from your technology.

Remember what it was — or think about what it should be — not to be a slave to this technology, and enjoy the moment. We live in an amazing world with amazing people. No one should be allowed to take that from you, not even yourself.

Product of the Week: Pogo Plug 2

I needed a product that dovetailed with the idea of freedom, and the new Pogoplug 2 that was announced last week came to mind (largely because I got the release when I was outlining this column).

This product is an inexpensive microserver which plugs into your home network and allows you to add USB storage and printers so that you and your data is free to roam. You can then access the information over the Web without paying expensive monthly frees and use any Web-connected device that will read the files. And you can print from any device on your wired or wireless network. 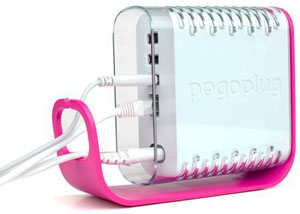 The product uses a fraction of the power of a typical home server or NAS (Network Attacked Storage) device, is incredibly easy to set up, and is closer in my mind to what home computers should be evolving toward. Simple, dedicated devices that are optimized for one thing they do very well. There are efforts to use the core technology, from Marvell, in everything from home automation and security to home energy management.

Tech Job Market Hot for the Near Future