Where Are the Robots Taking Us? Part 2

Part 1 of this series explored the market for robots, Japan’s robotics program and some of its results, and the love some people have for their robots.

Is it abnormal to love robots? Do people who love robots, adopt them as friends or members of the family, give then names and bring them along on family vacations have an unnatural fixation on robots?

What about soldiers who are prepared to give their lives for their units’ bomb detector robots? Is that a symptom of battle fatigue? Of loneliness? Of traumatic stress disorder?

Or are all these people just being human? If babies can anthropomorphize stuffed toys, why can’t adults anthropomorphize robots, especially those that seem intelligent or resemble us physically? Remember how everyone loved R2D2 because he was so cute and made humanoid sounds? Do people who feel affectionate towards their robots demonstrate what sociologists call “transference?”

Why the Robot Love?

“I believe we love robots because they’re reflections of ourselves,” Ken Goldberg, director of the Berkeley Center for New Media at the University of California at Berkeley, told TechNewsWorld.

“Seeing a purely mechanical thing that seems alive has enormous emotional pull on us,” Malcolm MacIver, an assistant professor in the McCormick School of Engineering and Applied Science at Northwestern University, told TechNewsWorld. “People were entranced by Vaucanson’s 1739 mechanical model of a duck, which seemed to digest and eliminate food, for example.”

Jacques de Vaucanson, an 18th-Century French artist and inventor is credited with creating the world’s first true robots as well as the first completely automated loom. The “Digesting Duck,” which is considered his masterpiece, had more than 400 moving parts and could flap its wings, drink water, and appeared to digest … and defecate. 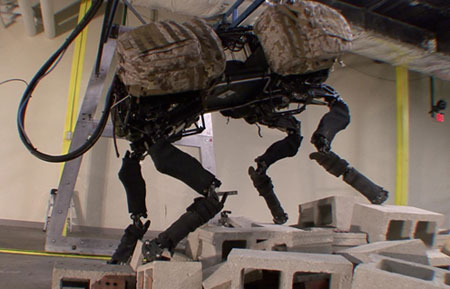 People also tend to attribute intelligence to things that move in a biologically realistic fashion, MacIver said. “This is a strong effect; and that’s why it’s better to coarsely render a virtual character that moves realistically than to give it a more realistic visual appearance at the cost of unrealistic or jerky movement.”

Japan vs the U.S.

Do the Japanese view robots differently than Americans? If so, why?

Robots are seen as friends and partners in Japan, whereas Americans see them as potentially dangerous, MacIver said. “For example, ‘Astro Boy’ is the story of a robot that Dr. Tenma made to replace his son Tobio after Tobio died in a car accident,” he pointed out.

Japan’s pro-robo ethos could stem from how technology and industrial robots have been crucial to their post-WW II boom, but it could have earlier roots in Japan’s emulation of Western culture, MacIver theorized. “Recent efforts toward personal assistant robots there are sometimes explicitly grounded on concerns about the aging population and the decline of the traditional family structure with built-in care for the elderly,” he remarked. “I would say this is less of a factor in their efforts toward humanoid robots than their general pro-robot attitude, however.”

Over here in the United States, things are a little more complicated. “Americans are both fascinated and suspicious of robots,” MacIver said. “It’s unclear to me why almost all the roles of robots in Hollywood are as villains.”

This could be because we feel that only a living being can possess characteristics such as empathy, passion and concern, which make up a virtuous person, MacIver speculated. “Without these attributes, what we have is a smart sociopath, inasmuch as such a device mingles in society.”

Here’s how ambivalent Americans feel toward humanoid robots: “The Terminator” was both the leading hero and villain in a survey of the top 100 heroes and villains in film conducted by Hollywood, Peter Warren Singer, director of the 21st Century Defense Initiative at the Brookings Institution, pointed out in a keynote speech at the RSA 2010 security conference in San Francisco in early March. “That goes to show the dichotomy of our thinking,” he said.

The Three Laws of Robotics

Science fiction author Isaac Asimov came up with the Three Laws of Robotics when he wrote his “Robot” series. 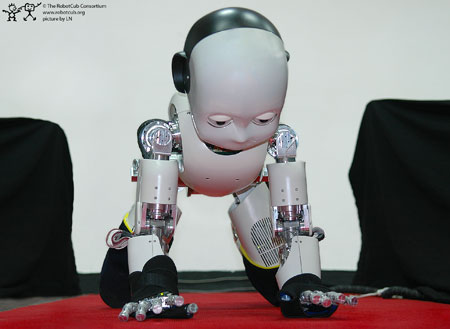 Should we seek to instill these laws in our robots? Possibly, but there’s just a slight snag. “The problem with those three laws is, first, they’re fiction; second they’re fiction; and third, we’re deliberately violating these laws,” Singer said, pointing to the battle robots the U.S. employs in Afghanistan as an example. “You don’t give a robotic system a 50-caliber machine gun or a Hellfire missile to not hurt people.”

Ethicists need to work on developing laws to govern robots, Singer said. In fact, the question of ethics is becoming an increasingly important consideration as the science of robotics evolves.

Robots in the home could give third parties such as law enforcement and hackers access to what’s going on in people’s homes without their knowledge, Ryan Calo, a residential fellow at the Stanford Law School Center for Internet and Society, told TechNewsWorld.

“A policeman could get a warrant for a robot’s sensory data, or even tap into a robot that’s connected to the Internet, as many are,” Calo pointed out. “It’s more dangerous, potentially than a webcam — not only could the officer get audio and video, he could move the robot to view what he wants to see.”

How will the law apply when it comes to the authorities spying on people through their robots? Are we going to ride rough-shod over people’s civil rights by invoking national security regardless whether or not that’s warranted? Will our law enforcement agencies be able to resort to warrantless spying?

An early version of what might happen is playing out now in Philadelphia, where a class-action suit has been filed against the Lower Merion School District over remote laptop surveillance. Apparently, school administrators were spying on students through the built-in webcams on the laptops issued to them by the school district.

There are also indications that some commercially available robots can be accessed by hackers, Calo said.

What could happen when a caregiver robot goes wonky and hurts an elderly patient? Hard to tell, Calo said. “There’s a lot of players involved — the manufacturer, the hospital, the patient,” he explained. “Further, the machine itself is complicated. Responsibility could lie with the hardware, the software, an operator, or all three.”

Here’s where lawmakers can do something concrete, Calo said. “If we need a law, I think it’s one clarifying under what circumstances the manufacturer will be held liable,” he said. “Would you build sophisticated robots capable of performing a wide variety of functions if you were liable for whatever anyone did with them?”

Where Are the Robots Taking Us? Part 1