Windows Holographic: Changing Our Perception of the World

There were a lot of interesting announcements last week, ranging from cool new devices to what was basically an Amazon Echo on wheels from Asus. Such is the nature of Computex — arguably one of the most powerful technology shows in the world.

However, one of the most fascinating was Windows Holographic, which goes far beyond Hololens to redefine the world as we perceive it. This is likely one of the biggest announcements this decade — if not this century — and it has the potential to change the world.

I’ll close with my new favorite laptop: the Dell XPS 15, which showcases what you can get if price is almost no object.

“Perception is reality” is a phrase often repeated in discussions of advertising and branding, but now applies to reality itself, thanks to technologies like virtual reality, augmented reality and holographics. Any of these, to varying degrees, can change what we see and hear (the glasses and headsets typically also include headphones or earbuds). If you can change what a person hears and sees, you can change that person’s sense of reality.

Microsoft’s initial entry into this space, the Hololens, offers what it refers to as a “blended reality” experience. Computer renderings blend with the environment to alter the user’s perception of reality. In its initial phase, what the user sees looks a bit like a reasonably substantial ghost — but in its eventual form, users won’t be able to tell what is real and what is a virtual creation.

Holographic is an effort to turn this virtually created Microsoft-centric technology into a true platform that is open to third-party developers who can develop their own spin on this blended virtual work — creating applications, games and environments that can be viewed on a number of devices.

What is behind this is the ability to craft a virtual world that is blended with the real world, viewable through any device with a screen, a camera, and some kind of location-aware capability.

However, the end result would be a variety of apps that materially alter the world around us, viewed from a wide variety of existing and soon-to-arrive AR/VR devices.

However, one part of this largely unexplored is that we then could redefine the man/machine interface. Currently, we have to learn how to communicate with machines using technologies like screens, keyboards and mice, forcing us to learn new skills and use methods that aren’t natural to us.

We currently use computer tools to write to each other, but this will make it easier for us to create the impression of meeting face to face by projecting far more realistic 3D images to remote locations in order to have conversations in real or virtualized environments.

Think of being able to have conversations in your living room with relatives in remote locations, while they see you sitting in their living room — or office meetings where you appear to be in your remote coworker’s office and they appear to be in yours, creating a far more natural and personal experience than we have ever had with traditional video conferencing.

Imagine being able to chat with Siri or Cortana, not as a headless image on a phone, but like a person, pet or fantasy character — a character others could see if they were using a device that could peer into your new blended real/virtual world.

Wrapping Up: The World Literally Is Changing

Of course, this concept could go even further. At some future point, we might no longer have to buy clothing or use much transportation. We could travel virtually to any place we wanted to go, and have the technology render our clothing, wall coverings, paint, and even makeup, making it increasingly hard to tell — or care — what is real.

In fact, we likely could lock in our image at any age we wanted to appear, or appear as anyone — alive or dead — we wanted to emulate.

I don’t think we are close to fully appreciating either the potential for this technology or how it could be misused, supporting my contention that this is in the running to become one of the most powerful technology announcements ever.

I’ve long been a fan of Dell’s premium XPS line, but I’ve mostly used XPS 13 offerings over the years because they were both light and portable. However, the tradeoff is a far smaller screen than I’d prefer using.

The XPS 15 uses a tiny screen border, creating a footprint more in line with a 14-inch product. It’s only slightly larger than the 13.3-inch offering I used to prefer, but with a ton more screen real estate.

That makes it far easier to bring up and work on multiple documents and makes it a far better TV-viewing device for when I’m stuck in a hotel room. 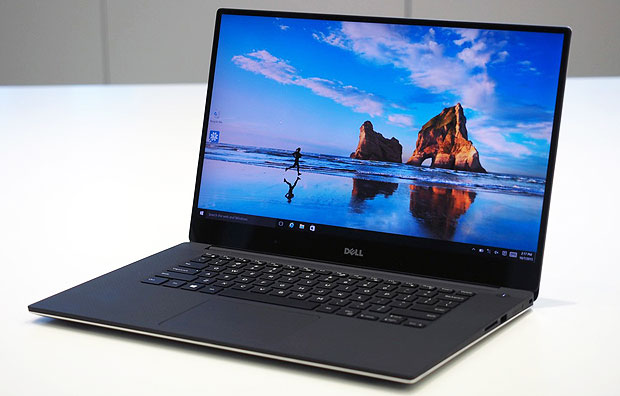 The configuration I have is top end, with an Intel I7 Skylake processor, an Ultra HD touch display, an Nvidia graphics card, and one of the new Thunderbolt docks.

Without the dock this prices out, without discount, at just under US$3K, so this isn’t a cheap date by any stretch of the imagination. Still, it is the first laptop I’ve ever had that I’d seriously consider as a replacement for my desktop computer. It starts at $999 — there are far more affordable configurations than the one I got.

The display and performance are amazing — particularly when plugged in using the Nvidia graphics component. (On battery it moves to a lower power state to conserve.) I’ve been using it with some success to play a decent set of video games, though I found that I needed to buy a portable mouse, as gaming with a touchpad sucks.

Overall, this is my favorite laptop ever, and a showcase of what you can get if price is almost no object — or if you are like me and live on your laptop, having one that is without compromise may be well worth the price. As a result, the Dell XPS 15 (which is damned nice looking too) is my product of the week.