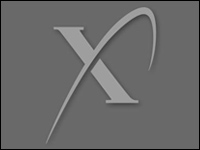 Entrepreneurs, engineers and scientists worldwide are being offered US$1 million for developing a better way of cleaning up crude oil spills from oceans.

The competition is being organized by the X Prize Foundation, and it will run for one year.

Details of the Challenge

The challenge, known as the “Wendy Schmidt Oil Cleanup X Challenge,” is the latest in a series of so-called X Challenges launched by the X Prize Foundation.

“We need to come up with better solutions to capture oil on the surface, to minimize the harm these spills are causing to marine life, coastal wetlands and beaches, and to our livelihoods — a harm that can last for generations,” Schmidt stated.

The challenge has two phases.

Phase One runs from August 2010 to April 2011. During this period, teams from around the world can register and submit their solutions to clean up oil slicks crated by spills or leaks from ships or tankers, drainage, waste disposal or oil platform spills.

A team of judges from industry and academia will evaluate the proposals and pick up to 10 of the best solutions.

In the second phase, the teams have to compete head to head to demonstrate their solutions’ ability to clean up oil on the ocean surface. These tests will be held at the National Oil Spill Response Research & Renewable Energy Test Facility (OHMSETT) in New Jersey. The top three solutions will be awarded the prize money.

Other details of the competition have yet to be worked out.

“The judges have not yet been selected, and the number is still unknown at this point,” Valerie Arias, a spokesperson for the X Prize Foundation, told TechNewsWorld.

OHMSETT, administered by the U.S. Department of the Interior, is located an hour south of New York, in Leonardo, NJ. It is the only facility where full-scale oil spill response equipment testing, research and training can be conducted hands-on in an environmentally safe manner.

Friday’s announcement of the X Challenge by the X Foundation appears to have been the culmination of a low-key campaign to test out its potential success.

“Since early July, we have been considering this opportunity and soliciting input and feedback,” Arias said.

The FAQ page for the challenge indicates the foundation has received more than 1,000 emails over the past month from interested individuals and companies.

Any corporate entity, whether a for- or non-profit, can participate in the challenge. Universities and communities can form corporate entities which can then register to compete. Only government entities are not eligible.

The foundation estimates that between 75 and 100 teams will register to participate.

It hopes the challenge will stimulate further research into oil spill cleanup.

The foundation has attracted donations from other charitable and philanthropic organizations for related work.

“We have attracted donations for other ocean-related clean-up research such as our Ocean Plastics Prize, which is still in development,” Arias said.