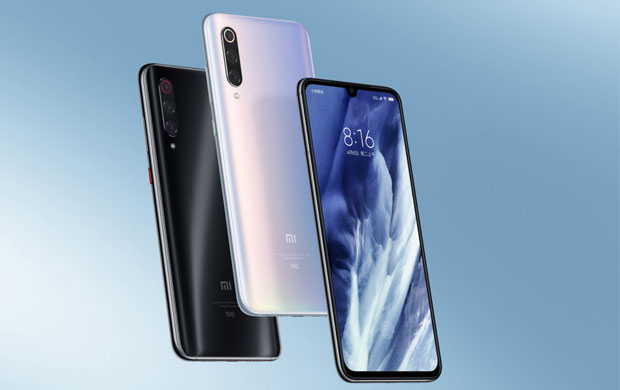 Xiaomi on Tuesday introduced a refresh of the Mi 9 Pro with support for 5G and a groundbreaking smartphone with a wraparound display.

The Mi 9 Pro 5G (pictured above), with a base price of 3,699 yuan, or US$520, works with 5G offerings of China’s three main carriers — China Mobile, China Unicom and China Telecom — and supports speeds from 1.78 Gbps to 2.02 Gbps, or four times the speed of typical 4G services.

The unit has a 6.39-inch AMOLED FHD+ Dot Drop display and is built around an enhanced Qualcomm Snapdragon 855+ processor that can deliver 15 percent better graphics performance than an ordinary 855 chip.

In the camera department, the Mi 5 Pro is a triple threat with a 48MP main camera, a 16MP ultra wide-angle camera, and a 12MP telephoto camera.

The unit has a customized linear motor for touch haptic feedback. It features more than 150 interactive haptic feedback modules for typing, gestures, camera zooming and fingerprint recognition. It even supports in-game haptic events in the game CrossFire.

The Mi MIX Alpha, which will sell for 19,000 yuan, or US$2,800, has a display that wraps around the phone, covering nearly all the front and back of the unit.

The phone has very small bezels on its top and bottom and no buttons on the sides. Instead, its sides are pressure-sensitive and use a linear motor to simulate the touch of real buttons.

To accommodate the phone’s Surround Display, the top and bottom of the frame are built with aerospace-grade titanium alloy. It’s three times stronger than stainless steel but weighs less. 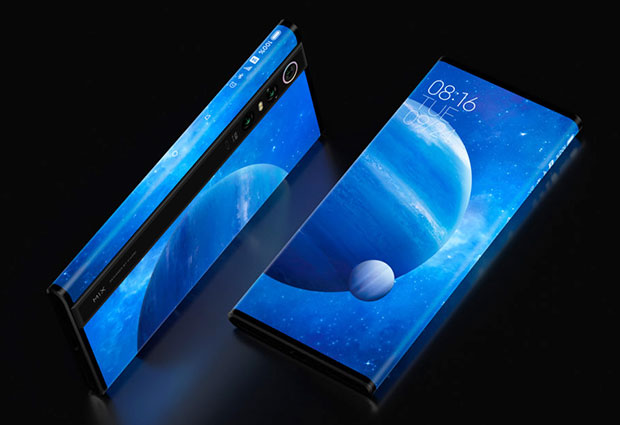 On its back, the entire protective cover for the phone’s camera uses a single piece of sapphire glass, which is embedded in ceramic.

The Alpha also has a 108MP camera with a large 1/1.33-inch sensor. It supports four-in-one pixel technology — four pixels are corralled to act like a single, larger pixel — to improve shots taken in low light conditions.

In addition, the phone has a 20MP ultra wide-angle camera with support of 1.5cm super macro photography, and a 12MP telephoto camera that supports a 2x optical zoom.

“It provides more usable screen real estate without having to rely on a hinge, which is one of the most vulnerable components of a foldable phone,” he told TechNewsWorld.

“The downside is you can’t see the whole screen at the same time unless you’re skilled with mirrors,” he joked. “It’s not as practical as a folding phone.”

“It’s a different take on the foldable designs which have been announced by other OEMs,” he told TechNewsWorld. “It is another representation of Xiaomi’s ability to push design forward. It shows technology leadership.”

However, “I am not sure how practical it is to use,” he acknowledged.

“It should put the three phone makers ahead of Xiaomi — Samsung, Apple, and Huawei — on notice,” he told TechNewsWorld.

Xiaomi was the fourth- largest seller of smartphones in the world in 2018, according to Gartner, with sales of 122.4 million phones and a market share of 7.9 percent, a significant increase over 2017 when it sold 88.9 million units and had a 5.8 percent share of the global market.

Despite its great good looks, the Alpha might not be very useful in real life circumstances, noted King.

“It’s a fascinating design point, but I’m not sure what it will achieve in terms of utility. Still, the company deserves props for being first to market,” he said. “It’ll be interesting to see how the wraparound screen works in terms of common phone functions, like selfies.”

Xiaomi is pushing smartphone design into places that competitors are merely contemplating, King observed. “At a time when Apple and others are being dinged for sticking with tried-and-true design points and incremental upgrades, it’s nice that at least one vendor is willing to fundamentally rethink smartphone design.”

Despite the Alpha’s elan, its audience likely will be limited. Early adopters and super fans of the brand will be attracted to the phone, Schneemann said.

“It’s obviously aimed at consumers and business people who regard cutting-edge smartphones as status symbols,” he said. “That may be what Xiaomi is shooting for, but the Mi Mix Alpha is by no measure a product for ‘the rest of us.'”

Pricing aside, Alpha will face another major challenge: finding software that will exploit its unique form factor.

“Both Xiaomi and developers have to now find ways to fully utilize all this screen real-estate,” Schneemann said. “This has been true for foldable displays, with slow traction, and this all-around form factor will present even more challenges and opportunities.”

Without some change in Xiaomi’s global sales, it’s unlikely to create the kind of development community Alpha needs to thrive.

“Unless there’s some significant distribution outside of China and on Google Play,” Rubin said, “it will be challenging for Xiaomi to get any development momentum — certainly not on a grand scale, and certainly not for any of the apps that would be important for U.S. consumers.”