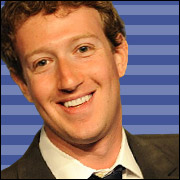 CEO Mark Zuckerberg posted on Facebook that he called President Obama to complain about NSA surveillance.

“The Internet is our shared space,” he wrote. Most people and companies “work together to create this secure environment and make our shared space even better for the world. When our engineers work tirelessly to improve security, we imagine we’re protecting against criminals, not our own government.”

The U.S. government should be the champion for the Internet, not a threat, Zuckerberg continued, calling for transparency about what the government is doing “or otherwise people will believe the worst.”

He called the president “to express my frustration over the damage the government is creating for all of our future,” Zuckerberg wrote. “It’s up to us — all of us — to build the Internet we want.”

Facebook may be riding on the coattails of opposition to NSA surveillance, suggested Mukul Krishna, digital media senior global director at Frost & Sullivan.

For Zuckerberg, who once famously said, in effect, that privacy was dead, “this is a really nice way to get onto the bandwagon and say Facebook’s looking out for the interests of subscribers,” Krishna said.

“People are suffering from Facebook fatigue [and] … they’re going to like what he said. They may think he’s looking out for their interests and it’s really the government that’s at fault.”

Zuckerberg’s statements are “completely disingenuous, and it’s only now that everyday people using services such as Facebook’s are beginning to understand how deeply into their personal lives this company and others are involved,” Jarad Carleton, a principal consultant at Frost & Sullivan, told TechNewsWorld.

Zuckerberg’s call, and his announcing it publicly, may have been sparked by concerns over a report that the NSA’s tactics include spoofing Facebook servers in order to spy on people.

“That kind of thing could get Facebook servers blacklisted, which could actually come close to putting the company out of business,” Rob Enderle, principal analyst at the Enderle Group, told TechNewsWorld. “Foreign countries could block Facebook outright … so Zuckerberg had a good reason to be concerned. His life likely passed before his eyes, driving the call.”

While top business leaders who donate to political parties often have the president’s phone number, their calls to him generally are kept confidential, and Zuckerberg’s publicizing his call “showcases how upset he was,” Enderle opined.

“End users generally find little value in their personal data and freely share it on social media,” said Chris Rodriguez, network security senior industry analyst at Frost & Sullivan. “Social networking sites are happy to provide consumers with [their services] free of any financial costs, but with an understanding that they will use the data how they see fit.”

Zuckerberg’s public announcement that he made the call to President Obama also might have been intended to boost his image in the political sphere. He reportedly has looked into setting up an independent political contributions expenditure group; hosted a fundraising dinner for New Jersey governor Chris Christie; and has donated even-handedly to politicians in both parties .

“He could be trying to show he has so much influence on Facebook that if he says something, he gets noticed,” Frost’s Krishna told TechNewsWorld.

Is the NSA the Bad Guy?

The question then arises whether the NSA, through its actions, really is killing the concept of an open, free Internet.

“The NSA conducts clandestine operations to collect data about the mass population to use as they see fit, and social media collects data publicly and with the user’s agreement to use as they see fit — even if this disclosure is effectively hidden in legal babble,” Frost’s Rodriguez told TechNewsWorld.

“From Zuckerberg’s perspective, [spoofing Facebook’s servers] was the NSA declaring war on him for no better reason than because they can,” Enderle said.

On the other hand, some level of surveillance is necessary because criminals and terrorists do use the Internet, Krishna pointed out. “You can’t have a city without traffic lights.”