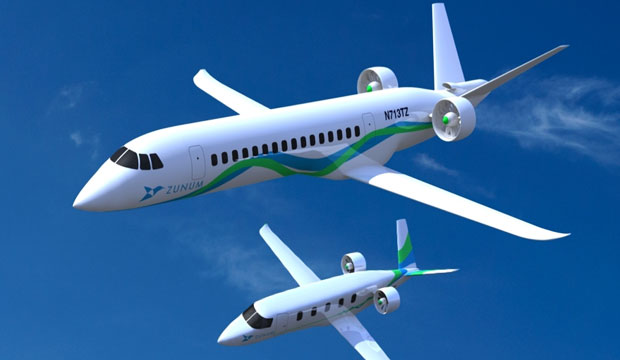 Zunum Aero, a startup backed by Boeing and JetBlue, on Wednesday announced that it was developing regional hybrid-electric aircraft with backing from Boeing’s HorizonX innovation cell and JetBlue Technology Ventures.

With its regional aircraft, Zunum aims to democratize access to fast, affordable travel over distances of 700 miles at launch, to more than 1,000 miles by 2030.

Among the many advantages hybrid aircraft will offer, according to Zunum, are the following:

Zunum is developing technologies to create a regional electric air network that will offer an affordable alternative to highways and high-speed rail. It will operate both as a point-to-point service and as a feeder to hub airports.

The company has a long-term partnership with the Center for Power Optimization of Electro-Thermal Systems, an NSF-sponsored research center at the University of Illinois.

It also works with a network of collaborators across leading universities and government labs.

Zunum has been working with the United States Federal Aviation Administration since 2014 to drive development of certification standards for electric aircraft, a complete set of which is expected by 2018. The first electrics are likely to become certified in 2020.

“I like the idea of migrating to hybrid planes and I think the smaller regional planes are a good fit for regional airports not served by the larger airlines,” noted Jim McGregor, principal analyst at Tirias Research.

“Normally I’d be skeptical of a startup’s ability to accomplish critical mass to make air travel more affordable,” he told TechNewsWorld, “but Zunum’s financial backers, Boeing and JetBlue, could make this a reality.”

However, ground recharging is slow, and Zunum shows ducted fans for the engines and hints at fuselage-mounted turbines to recharge the batteries, which would require a flight ceiling of 20,000 to 30,000 feet, he told TechNewsWorld.

Most importantly, each flight needs to get enough passengers to offset its costs, and that makes it hard to make their business case, he noted.

Zunum needs “a route that has consistent demand for more than 50 people on a daily basis year round and isn’t currently served,” said Plucker. “There aren’t many of those.”

Cutting Into the Airline Industry

If its plans succeed, Zunum could be a disruptive influence in the airline industry.

“Think of the impact Tesla’s having on the auto industry,” McGregor pointed out. “The same could happen to aircraft.”

“You could have a fleet of these planes instead of buses transport company employees and turn some of the parking lots into short airfields,” he told TechNewsWorld. “Google seems to have anticipated this with their Moffett Field location in Silicon Valley.”

However, “some place like Dubai, South Korea or China will likely do this in production first,” Enderle predicted, “largely because these countries are typically far more aggressive with technology and transportation.”

The Rush to Electric Hybrid Planes

Interest in electric plane development has been increasing in recent years.

Zee Aero is working on its own electric hybrid aircraft.

Airbus is working on a hybrid commercial plane through its E-Fan project.