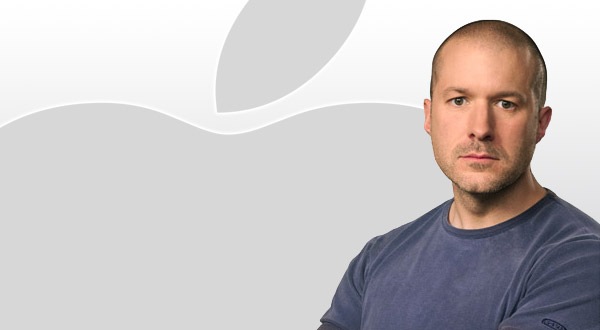 There seem to be two major reactions to the “promotion” of Apple’s Jonathan Ive to the newly created position of chief design officer: first, that he deserves the recognition and reward; and second, that this is the beginning of the end for Jony Ive’s tenure at Apple.

Because Apple released the news in the UK through a special article written by Stephen Fry in The Telegraph… on Monday, which was the Memorial Day holiday in the United States… it appeared there was an effort to mitigate any element of scary surprise that could spark a drop in stock.

Why bother with a carefully scripted plan of action if there really is no exit door ahead for Ive? Because Apple is very careful in public. In fact, it’s likely that Apple intentionally managed to ensure that Ive’s replacements were publicly praised and recognized in two separate high-profile articles that ran well before Fry’s wide-ranging piece hit the news this week, as Ben Thompson pointed out.

Still, does it mean Ive truly is on the way out? Is this just a long and carefully planned exit strategy?

Maybe — but I don’t think so. I think it’s more of an evolutionary shift for an astoundingly creative designer as well as the key that will let Apple make its next revolutionary leap in design. Following are the top 5 reasons I believe Ive’s promotion is fantastic news for Apple fans.

5. Allowing Others to Grow

If you’re truly an excellent employee — and better yet, truly an excellent designer — is there something worse than toiling under the shadow of your mentor and leader for decades? There certainly are worse things, but talented designers who aren’t able to move upward will find new jobs elsewhere. Apple has gotten too big to not let trusted pros focus and innovate. So who are those designers?

Time away from work is critical for most people — and for creatives, for designers? Burnout is real. You can’t lead a team if your shoulders are slumped and your ideas are dull. I believe that most designers would have burned out well before Ive.

Rather than doing amazing work that will guide multiple industries, they would have parlayed their own star recognition into their own design firms that would have let them pick and choose what they wanted to work on — not relentless product cycles.

A new position with more freedom has the potential to refresh Ive, letting him sustain a longer career with Apple than he might otherwise enjoy.

Jony Ive is already a rich man, no doubt — and while I’ve never heard an inkling that money was a driving factor for him, money remains a powerful tool for people with ideas who want to do things.

Sure, getting some new Apple stock might become what lets him buy an island or design his own yacht, but it might also be what lets him design something truly important for the world — like sustainable housing, or nonlethal police weapons that are more effective than tasers and less deadly than handguns.

The point is, we have no idea what Ive really wants to design next — heck, Fry’s article revealed that Ive is now designing elements of Apple’s new spaceship campus, right down to the patio furniture.

Bottom line? A C-level title makes it easier for Apple to compensate him.

Stepping away from daily managerial duties — as annoying as “duties” might be to a pro like Ive, who’s at the top of his game — offers the benefit of allowing new flashes of insight.

I spend a good portion of my life typing away in front of a Mac, writing. While not all of the results are creative — or always even good — I can tell you this: I get a surprising number of creative ideas and solutions when I step away from my desk.

I might be on my mountain bike, leaning into a tight corner, and boom! On the way out, I realize the solution to a problem that was blocking me just hours ago at my desk. I believe that other creatives also experience those ah-ha moments.

Of course, 80 percent of creativity is putting in the time at work, pounding away on the problem, again and again, but some other important percentage — maybe not even 20 percent — comes elsewhere. Ive’s new title seems to give him the opportunity for new ah-ha moments.

The No. 1 reason I think Ive’s new position is critical and important to Apple is this: Ive’s greatest design challenge still awaits. It’s not the new Apple campus, and it’s not furniture. No, Apple is an astoundingly large and influential company that is hurtling toward its most important work.

On a simple level, it’s wearable computing — Apple Watches, medical devices and more. It’s home automation with HomeKit and Siri, and products that have the potential to build new app ecosystems, like an Apple TV, driving not only how people entertain themselves, but also how they interact with the world.

TV is mostly one-way right now, broadcast to you — but apps are inherently multidirectional… and Apple’s ecosystem power will influence our connected moments to come.

On a simple level, Ive might have the ability to imagine how a car should be built and used — how it could solve more than a transportation problem by also nailing the pleasure a driver can experience. Google can build a self-driving car, but who can built a safer, smarter car that is also a joy to drive?

The defining generation of Apple products has not yet arrived. They will be less about individual design elements and more about how they work for humans in the world. Apple needs a new design strategy, a new design language that can pull the next big Apple together in a way that not only makes sense, but also makes Apple products a joy to use.

Apple’s next iPad design isn’t important. The next iPhone design isn’t important. The next Apple Watch is a little more important — but all of it pales in comparison to the design language of the Apple world. The big job will be making sure that all the different products connect in ways that fit their purpose and yet make them all something greater than the device itself. That is Ive’s next design challenge.

In fact, I believe that challenge can be met only if Ive takes a step back, recharges, and sees Apple and the world in a new light.