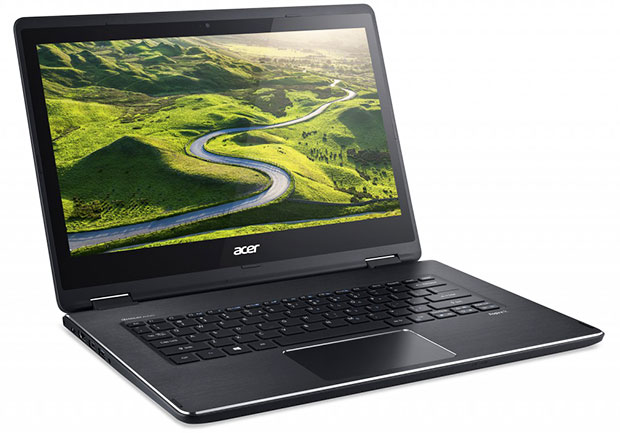 The Aspire R 14 convertible (pictured above) has four use modes — one more than the just-unveiled Microsoft Surface Book — while the Aspire Z3-700 all-in-one PC has a built-in battery with five hours’ life.

Both include the Cortana personal assistant. They also have Acer TrueHarmony Plus technology with Dolby Audio, as well as Acer BluelightShield, which is designed to help reduce eyestrain.

To Convert or Not to Convert?

Notebook mode is the “most efficient way for work and productivity, ideal for vast amount of keyboard input,” noted out Acer America spokesperson Lisa Emard.

Tent mode is “perfect for smaller spaces such as the fold-down tray on an airplane,” she said, while display mode “brings the screen closer for watching movies” and lets the device double as a large picture frame. Pad mode is good for Internet browsing, playing light games and sharing information.

Manufacturers may begin competing to add modes to their notebooks in an effort to differentiate their products and to compete against tablets, said Eric Smith, a senior analyst at Strategy Analytics.

However, “most people see convertible PCs as a nice added feature,” he told TechNewsWorld. “It doesn’t appear that they’re actively seeking them out yet,” Smith observed.

The Aspire R 14 is about 0.7 inches thick and weighs about 4 pounds.

It has sixth-generation Intel Core processors, up to 8 GB of DDR3L system memory and SSD Storage 1. It incorporates Mu-MIMO wireless technology for faster downloads. 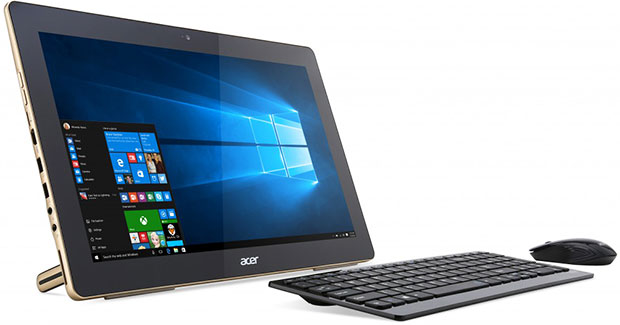 It has up to 8 GB of DDR3L system memory. Users can choose between Pentium and Celeron processors, and SSD or HDD storage.

The Z3-700 has a full HD 10-point capacitive multitouch screen that also supports input through a dedicated stylus.

Will People Want Them?

New PC sales will be depressed because people are upgrading current PCs to Windows 10, according to IDC and Gartner forecasts.

However, Acer is confident that its new Windows 10 PCs will appeal to consumers, “because they offer great design, innovation and value to our customers,” Emard said.

“Acer builds interesting hardware they can’t afford to market, and their prior success came from doing things like stuffing the channel,” said Rob Enderle, principal analyst at the Enderle Group.

HP and Dell have stepped up their PC efforts, and Microsoft has “doubled down on Surface, making it increasingly hard for Acer,” he told TechNewsWorld. This quarter may be “exceedingly tough.”

Still, the R 14 “is one of the less expensive new models that will be out there,” noted Susan Schreiner, an analyst at C4 Trends.

It’s not clear how new Windows 10 devices will play in the market, or whether complaints about problems upgrading existing systems to Windows 10 will impact the market, she told TechNewsWorld. However, the story may be told at the end of the year. Like other companies, Acer is “obviously counting on holiday sales.”