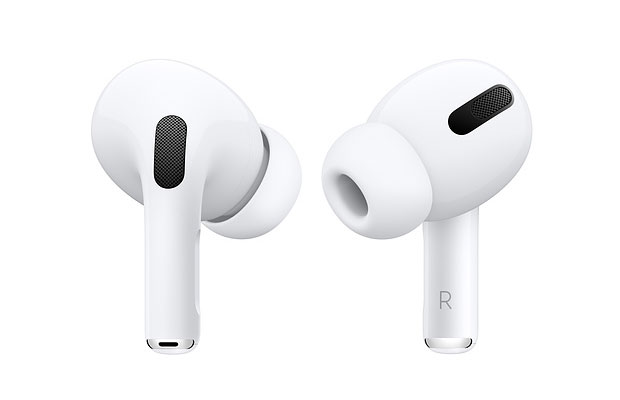 Active Noise Cancellation is just one of the hot new features in the latest generation of Apple’s AirPods.

The new AirPods Pro, which go on sale Wednesday for US$249, combine earbud microphones with software to remove background noise and improve a user’s listening experience.

An outward-facing mic on the bud collects environmental sound for analysis. That analysis allows the bud to create a sound that can cancel out noise before it reaches a listener’s ear.

Meanwhile, an inward-facing mic listens toward the ear, which allows any additional noise to be cleaned up by the earbud.

The noise canceling system continuously adapts the sound signal through the buds at 200 times a second, Apple noted.

“This makes the AirPods Pro a great solution for air travel and noisy environments,” he told TechNewsWorld.

For occasions when it’s important to be aware of the sounds around you, the AirPods have a transparency mode that lets you listen to music along with sounds like traffic horns or subway announcements.

Transparency mode can be toggled on and off by a force sensor on the stem of the AirPods. The force sensor also can be used to pause, skip or play tracks, as well as answer and disconnect phone calls.

Apple also redesigned its AirPods. They now come with three sizes of soft, flexible silicone ear tips. The tips can conform to the contours of an individual ear, providing both a comfortable fit and a good seal. What’s more, they have a new vent system designed to equalize pressure and avoid the discomfort associated with the form factor.

“The original AirPods would fall out of my ears, so I’m hopeful that the new AirPods Pro with the silicone ear tips will actually stay in my ear,” Krewell said. “The silicone tips are required to isolate ambient noise, but they also help the AirPods Pro stay in the ear.”

Other features in AirPods Pro:

“Having multiple devices in their lineup also helps to ensure that a greater number of consumers will have access to the devices, with a cheaper version for a large number of customers, and a premium version for those looking to spend more for more features,” she told TechNewsWorld.

“While AirPods weren’t the first on the market, Apple’s unique industrial design made them fashionable for mainstream consumers,” he told TechNewsWorld.

“Most consumers have come to expect that with other earbuds, so Apple is playing catch-up in some respects,” he added.

Adding new features to its wireless earbuds should help Apple increase its share of the market, observed Tomsett.

“There are, however, several other devices available in the market that have previously addressed many of the wireless earbud requirements at a similar or lower price point, from companies such as Sony, Beats, Bose, Philips, Samsung and Jabra,” she continued.

“The majority of consumers that will be looking to purchase the AirPods Pro will be Other companies will continue to see growth in their shipment numbers as their lower prices will be more attractive to a large number of consumers.”

Although AirPods Pro are premium priced, Vena maintained they are quite competitive from a feature standpoint.

“Its dual beamforming microphones and inward facing microphones promise to deliver a high-quality chat experience during calls — especially in windy or ambient noise conditions,” he said.

“They have a customizable fit that forms a supposedly exceptional seal for Active Noise Cancellation that might appeal to consumers who have been uncomfortable with traditional earbuds,” Vena suggested.

AirPods revenue should increase 86 percent in 2019, according to a recent report by Loup Ventures, a venture capital firm in Minneapolis. That’s 37 percent of Apple’s revenues from wearables, or 2.5 percent of its total revenue.

The number of AirPods units shipped year-over-year will nearly double — to 50 million in 2019 from 28.5 million in 2018, the firm estimated. While AirPods hyper-growth will slow in 2020, the segment will equal Apple Watch revenues by 2023.

Meanwhile, Apple will make more money from AirPods Pro than it did from the original offering, according to a research note Loup analysts Gene Munster and Will Thompson released Tuesday .

“The $249 price point should net Apple approximately $210 per sale after factoring in retail discounts,” they wrote. “This is a 51 percent increase from the AirPods base model, which has a list price of $159 and a net price of $139.”

The market is clearly growing, with more and more companies offering an increasing number of wireless earbud devices on a regular basis, ABI’s Tomsett said.

“It is likely that Apple’s new offering will help to raise further awareness about the market and will help to further stimulate growth,” she continued. “With the variety of different devices currently available and the updates that are being made to them, it is expected that the market will continue to grow over the coming years.”