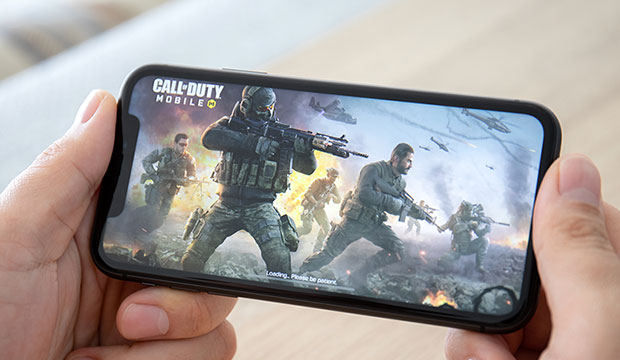 Apple’s “Walled Garden” was built to protect consumers from malicious applications, but it can also protect the company from competition, as Microsoft and Facebook discovered recently.

Late last week, Apple refused to allow Microsoft to offer its xCloud streaming gaming app for iOS and iPadOS at the Apple App Store. At the same time, it approved a scaled-down version of Facebook’s gaming app, sans streaming gaming, into the store.

Microsoft’s xCloud service is slated to be launched next month. It’s designed to bring console-quality gaming to mobile devices.

“Apple isn’t directly competing in the cloud gaming space yet, but their Arcade product could be positioned there in the future, and they may be trying to keep competition away,” Eric Abbruzzese, a senior analyst with ABI Research, told TechNewsWorld.

“This is protectionism of Apple services,” added Michael Goodman, director for digital media at Strategy Analytics.

“They’re hiding behind the App Store guidelines, which are being applied incorrectly to Microsoft’s gaming service,” he told TechNewsWorld.

Apple did not respond to our request for comment for this story, but it explained its action on the xCloud app in a statement to Business Insider.

It stated that its customers enjoy great apps and games from millions of developers, and gaming services can absolutely launch on the App Store as long as they follow the same set of guidelines applicable to all developers, including submitting games individually for review, and appearing in charts and search.

Goodman maintained that a streaming game service is different from individual games submitted by developers.

Abbruzzese added that there are many “content repository” type apps in the Apps Store that Apple hasn’t objected to, most notably Netflix and Spotify.

“Both can be seen as competitive to Apple’s services in some way, yet are not blocked,” he said.

“Apple cites the nature of gaming as an interactive medium being the primary differentiator between other service types,” he continued, “but I don’t personally understand how that makes a difference.”

Apple may be a little overprotective of consumers when it comes to games because it has been burned by abuse of in-game purchases by developers.

In 2013, Apple paid out millions to settle a class-action lawsuit stemming from unauthorized, in-game purchases made by minors. In 2014, it coughed up US$32 million over the same issue after a run-in with the U.S. Federal Trade Commission; and this year, it was hit with another lawsuit over the legality of “loot box” in-app purchases, which gave gamers randomized digital awards.

“In the mobile gaming world, in-game purchases can be a valid concern,” Goodman said. “But xCloud isn’t bringing mobile games to Apple. It’s bringing console, AAA-titles to handheld devices. These are not fly-by-night developers.”

Protecting consumers has legal and public relations weight, acknowledged Lewis Ward, the research director for gaming at IDC. “But let’s be clear,” he told TechNewsWorld, “Apple has chosen not to allow music stores on iOS basically since iTunes got started, and it’s following the same policy on third-party apps that will effectively compete with the App Store from a game delivery perspective.”

“There’s no way you can tell me they’re not picking and choosing battles that are significant revenue contributors to the company,” he said. “That’s the unmistakable pattern.”

“While Microsoft has a compelling ecosystem consisting of console and PC games,” she continued, “its lack of presence in mobile from its own device ecosystem is a strong limiting factor for the success of xCloud. Apple’s blocking of xCloud in the App Store exacerbates the issue.”

Failing to make it into Apple’s App Store would not only deny Microsoft access to a large portion of the addressable market for xCloud, but a lucrative part of the market, as well.

“This will impede xCloud,” Ward said. “Apple had 18 percent of the mobile device installed base last year but generated 44 percent of all mobile game spending. The penthouse floor will be closed to xCloud.”

Apple’s decision to reject the xCloud couldn’t come at a worse time for Microsoft. Not only is it launching xCloud, but it’s also refreshing it’s Xbox console.

“That makes the stakes much higher for Microsoft if they get shut out of Apple smartphone-based cloud gaming when xCloud debuts in a few weeks,” Mark N. Vena, a senior analyst with Moor Insights & Strategy, told TechNewsWorld.

Meanwhile, Facebook removed a key feature from its gaming app so it could win entrance to Apple’s App Store. The changes remove the ability to play games in the app, so the experience is limited to watching gaming livestreams, discovering Facebook Gaming creators, and following gaming groups content in the app.

“Gaming brings people together. And that’s even more important today amidst the pandemic,” observed Facebook’s Chief Operating Officer Sheryl Sandberg in a statement.

“Unfortunately, we had to remove gameplay functionality entirely in order to get Apple’s approval on the standalone Facebook Gaming app — meaning iOS users have an inferior experience to those using Android,” she added.

Vena noted that Facebook had little choice in its decision to make its gaming app suitable for the App Store. “Facebook couldn’t afford to ignore 50 percent of the smartphone market, not to mention iPadOS and the tablet-related market,” he said.

“This is a big deal for Facebook, as gaming is a huge strategic initiative for them,” Vena added. “Taking a pass on not being blessed and not available in the Apple App Store is simply not an option.”

Apple may eventually have to reverse its stand on streaming game apps, maintains George Jijiashvili, a senior analyst with Omdia, a research and consulting firm in London.

“Apple’s position on blocking xCloud and other cloud gaming services is unsustainable, particularly as other content streaming services such as Netflix are already on the App Store,” he told TechNewsWorld.

“Apple is under growing pressure from the antitrust investigation into the App Store policies,” he explained.

“Meanwhile users and game companies are increasingly vocal about this issue,” he continued. “Apple can do this the hard way by sticking to their guns and be forced by the regulators to open up or it can take a proactive approach as an offer of goodwill to gamers.”