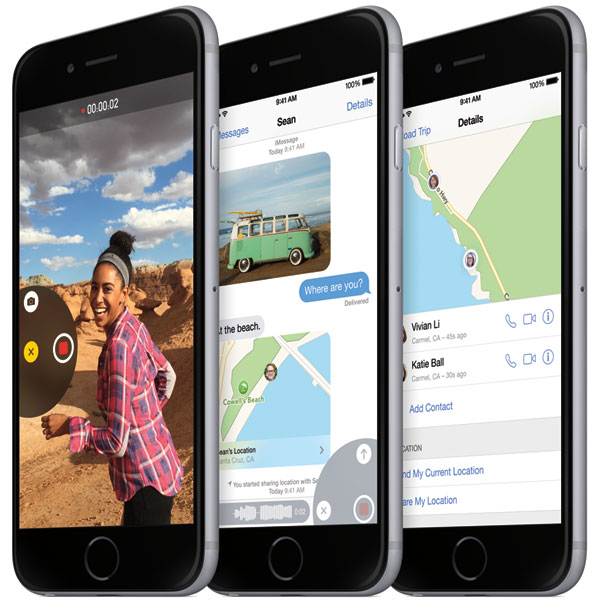 Apple on Thursday announced it’s preparing iOS 8.0.2 — which will include a fix for problems triggered by iOS 8.0.1 — and plans to release it in the next few days.

In a rare move, Apple on Wednesday suspended downloads of iOS 8.0.1, which aimed to fix problems uncovered after the launch of iOS 8.

What’s more, it recommended a downgrade for owners of Apple’s new iPhone 6 and 6 Plus who lost their cellular service and use of their phone’s Touch ID fingerprint reader due to the flawed iOS 8.0.1 update.

The downgrade for the iPhone 6 and 6 Plus can be downloaded from Apple’s iTunes store.

Problems with the 8.0.1 upgrade appear to be confined to the two new models of the iPhone.

Grumbling about iOS 8 began appearing on Apple forums as soon as the software was released on Sept. 17. Some complained of degraded WiFi speeds.

Others groused about reduced battery life.

Turning off WiFi networking on the phone increased its battery life, she found.

Complaints also were aired about increased crashing of apps under the new iOS.

The crash rate for iOS 8 is 78 percent higher than for iOS 7.1, according to Crittercism.

Apple aimed to address those issues and a number of others in 8.0.1. The others included bugs that prevented developers from launching HealthKit apps from Apple’s App Store, and users from uploading photos and videos from Safari; problems with third-party keyboard support, third-party access to the photo library on an iPhone, and restoration of ringtones from iCloud; and unexpected cellular data usage when text messages were received.

Bugs Par for the Course

Apple has had iOS flubs before. There was the flaky release of Apple Maps with iOS 6, and there were Touch ID and lock-screen bugs in iOS 7. Those missteps barely disturbed the market momentum of those versions of the OS, however.

“It’s not uncommon when you have a brand new release of software that has significant changes — and the 4,000 new APIs in iOS is a pretty significant change — to run into problems when you first roll it out,” said Gartner Mobility Vice President Van L. Baker.

“The issue is not bugs but how fast and effectively Apple responds to them. So far, 8.0.1 was not a very good response because it introduced more problems than it fixed,” he told TechNewsWorld.

Apple may be a casualty of its own success. For most OS makers, it can take months to get even a third of their users to upgrade to a new operating system. Fifty percent of the 700 million iOS users upgraded within days of the release of iOS 8.

That rapid adoption may be accelerating the rate at which bugs are discovered. It certainly has increased the noise around flaws.

Apple has had a good record for rapidly responding to bugs in its software, but with 8.0.1, it may have been too quick on the draw.

“Apple is one of the most conscientious companies when it comes to quality control, but these things happen,” Tim Bajarin, president of Creative Strategies, told TechNewsWorld.

“Given the complexity of the operating system, you’re bound to have glitches,” he added. “The bigger question is how fast it’s fixed — and Apple is one of the best for acknowledging a problem and fixing it.”

Whether it be complexity, competition or shortened product cycles, the iOS rollout has raised some questions about Apple’s quality control.

“One error by itself isn’t a disaster, but you add it to others, and it can become a concern,” said Bob O’Donnell, founder and chief analyst for Technalysis Research.

“The question is, is quality control getting lax? If it is,” he told TechNewsWorld, “that’s a big problem, because Apple’s built its reputation on super high-quality stuff that just works.”