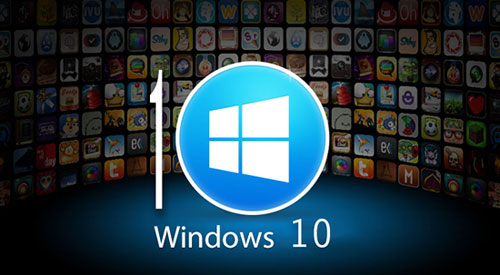 The fact that Microsoft has posted a Web page for users toGet help withWindows 10 upgrade and installation errors probably is just the latest sign that the release of its new — and highly anticipated — operating system has some problems that need to be resolved.

It appears things haven’t been going as smoothly as the company would have liked since Windows 10 became generally available late last month.

In addition to compatibility errors, which might be expected with a new OS, Microsoft has been addressing errors regarding damaged or missing files. That problem has been significant enough that it has rendered some machines essentially inoperative.

A number of individuals who attempted to upgrade to Windows 10 this week encountered those errors — and in many cases, the only way forward, unfortunately, was to go back — that is, reformat their computers.

As luck would have it, I happened to be one of thoseindividuals. What I had anticipated to be a quick upgrade devastated an entire day. I tried doggedly to resolve the issues beforedeciding that I needed to reformat, reinstall Windows 8, upgrade to Windows 8.1and then reinstall virtually every program I regularly used.

After about 12 hours, my machine was restored to its pre-Windows 10 state, and the only thing lost was time. However, other users have reported worse experiences trying to “upgrade” to Windows 10.

Preparing for the Upgrade

As a veteran of countless OS upgrades, I know there is always therisk that something can go wrong. Before I began to download Windows10, I made sure I had backed up everything — and I can’t stress enough thatmy having done so was the only reason I survived the debacle relatively unscathed.

While I lost a full workday — I was glued to the computer for nearly a dozen hours — I didn’t lose so much as a single email, photo or file.

However, I will concede that I failed to heed the advice I’ve always given to others when it comes to new operating systems: Wait for the bugs to be worked out, or buy a new computer with the new OS preinstalled.

Although I’ve been a tech reporter for 20-plus years, I’m not necessarily an early adopter. Ididn’t rush out to upgrade my machines to Windows 95, Windows XP orWindows 8. I did upgrade from Vista to Windows 7 at the first possiblechance, but that was my first exception to the rule.

Because it solved the problems I had with Vista, I opted to take a chance again, hoping Windows 10 could solve some problems I had with Windows 8.1. Thistime, however, it didn’t pay off — and several of my colleagues, including onegood friend who’s an IT administrator, already have called me out for it.

The takeaway: Waiting is better if you can wait. It speaks to the”don’t fix what isn’t broken” rule. Like many PC users, I’m aware that Windows 8.1 is not perfect, but it works and does the job. More importantly, it allows me to do my job as a tech reporter, which is something I can’t do with a broken machine.

Right now, I’m happy to have my machine running Windows 8.1, and Iwon’t be upgrading to Windows 10 anytime soon — at least not on myprimary PC. When I do upgrade my laptop as a test case, I will once again ensurethat everything important is backed up first.

Not Alone With Broken Windows

Any time there is a major OS upgrade, there are going to be people whoexperience problems. Microsoft has been quick to respond, andkudos to the company for that. However, that degree of responsiveness may be due in part to the fact that those problems appear to be fairly widespread.

On one Windows forum page, which actually is devoted to some of thebugs, users have complained about issues similar to mine, ranging fromincomplete installs that result in a missing operating system to inaccessible apps.

The latter was my particular problem, but it was actually the second major hurdle I faced during my brief experience with Windows 10.

Windows 10 is not compatible with some monitors, including many of Samsung’s SyncMaster models — one of which happened to be on my desk.

Windows 10 doesn’t recognize the monitors as plug-and-play compatible with HDMI or even DVI connections, and users are forced to the lowest resolution. It may take driver updates, installing software for the monitor, and other downloads to fully address this issue.

I decided to deal with the monitor problem later, as I had another widescreen monitor available that was supported.

At that point, it seemed that my problems were limited to the need to update some drivers, and that with a little patience I could resolve those issues. Moving on proved to be far more difficult than I expected, though.

I realized that the Start Button, along with the entire Modern UI, was not installed properly — resulting in my being left with basically half an operating system.

That problem was one that some beta users experienced, and it is one that is being addressed by Microsoft.

Return to the Beginning

I read up on possible fixes, but after several hours, I decided that my efforts were basicallyfor naught. I discovered, like many others, that getting the app issue resolved would be no small task.

After consulting my IT friends, talking to some industry experts, and even consulting the manufacturer of my PC, I was told the “nuclear option” was the best course of action.

Even if I were able to reload Windows 10, there was a good chance I would be left withbugs that might render the machine unstable. A clean reinstall was necessary.

In fairness to Microsoft, Windows 10 actually includes an option toreturn to a prior OS — but unfortunately, that was one of the apps thatwasn’t working for me, so it was a moot point. My only option wasto reformat the machine and return it to a factory-new state. In my case, that meant reinstalling Windows 8.

The saving grace in this for me was that I hadbacked up everything at the start of the day. My files, my photos, myemails, etc., were all safe on a portable hard drive. I could reinstall my programs.

The only thing I couldn’t recover was the time I lost — lots of time.

At 2 p.m., after some six hours of installing Windows 10 and trying toget it to work, I put in the system CD, restarted the computer, hitthe F12 key and proceeded to wipe the hard drive. I followed that with a freshreinstall of Windows 8.

It only took another five hours to patch it, download my antivirus program, reinstall Office, Photoshop, and my other productivity programs, and transfer my files. Along theway, I encountered some bugs to sort out with my email program, and tweaked thelittle things that are pet peeves — like preview panes and the like.

My experience may have been a fluke, but I’m just glad to have the computerworking again — it is almost like new. Now I’ll wait at least six months before I try again with Windows 10.