CES 2018: Artificial Intelligence at Home and Behind the Wheel 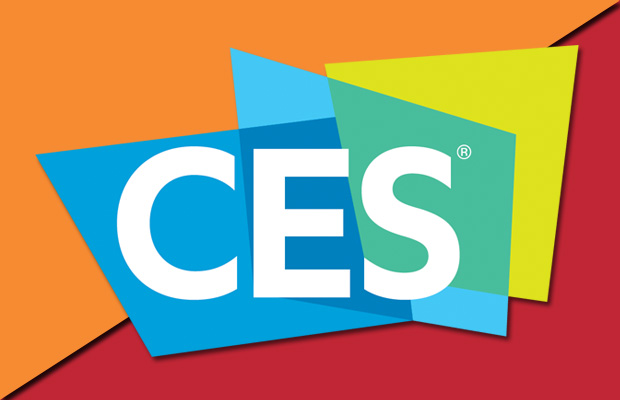 Artificial intelligence dominated CES 2018 in a big way on Monday with major announcements on connected car advances and home system technologies. Google all but declared war on Amazon with its Google Assistant voice technology making its presence known at nearly every turn on the showroom floor.

LG rolled out a new lineup of high-end AI OLED and Super UHD televisions infused with its ThinQ AI technology and Alpha 9 technology, combining cinema-quality home entertainment with the ability to voice control the entire home.

The ThinQ technology, which integrates LG’s WebOS smart TV platform with Google Assistant, will allow customers to use hundreds of voice commands to search for specific content, control various functions on the television, and control home appliances.

Google and LG have expanded their collaboration — which started with mobile phones — to include watches, OLED TVs, refrigerators, washing machines, ovens and other products, Scott Huffman, vice president of engineering for Google Assistant, told CES attendees.

The two companies also have been collaborating on a smart speaker scheduled to launch later this year.

“Google is here in a big way to promote its solutions and combat Amazon,” said Jim McGregor, principal analyst at Tirias Research.

Amazon’s Alexa has been winning most of the initial battles for new business, he told TechNewsWorld, but vendors have been supporting both platforms.

In terms of the global market, Google has an opportunity to make inroads in markets where Amazon does not compete on the same level, noted Marc Beccue, principal analyst at Tractica.

While Amazon was noticeably missing from the show in terms of booth presence, the company’s technology did manage to find its way into some fairly significant new product announcements.

Panasonic announced a series of new efforts to expand its connected car technology, including working with Alexa to provide voice assistant technology for its Panasonic Skip Generation Platform in connected cars.

For example, customers will be able to use simple voice commands to prompt Alexa to play music from streaming services, to provide directions to local venues like coffee shops, to make sure the house is locked and lights are turned off, or to order a pizza delivery on the way home.

Panasonic and Qualcomm originally announced the technology at last year’s CES. It allows OEMs to create a seamless in-vehicle entertainment experience based on Android 7.0 and the Snapdragon 820Am processor.

Toyota made a huge splash with its autonomous vehicle technology. The company announced a new business alliance and concept vehicle called “e-Palette,” which will function as a platform for creating self-driving vehicles designed for everything from food and package delivery to medical transportation to ride-sharing in big cities.

The plan calls for the vehicles to use next-generation electric batteries. They will come in three different sizes, and companies will be able to install their own automated driving systems and vehicle management technology.

Pizza Hut, for example, plans to use the vehicles to help with deliveries, noted spokesperson Doug Terfehr.

Also under consideration is development of a mobile kitchen so pies could be made on the road, he told TechNewsWorld.

Toyota plans to begin testing the vehicles by 2020 in the U.S. and other locations, and it intends to deploy the cars at the 2020 Olympics and Paralympic games.

Those on hand for one of the most anticipated events at CES were disappointed. The demonstration of Workhorse Group’s SureFly, the first approved electric hybrid helicopter in the world, was postponed due to bad weather in the Nevada location where the autonomous vehicle was scheduled for a demonstration run.