GSC Game World has announced it will release Cossacks 3, a new version of the popular real-time strategy title Cossacks: European Wars. It will be available for PC, Mac and Linux machines later this year. Cossacks 3 is a modern remake of the original game that debuted in 2001, which was unique in that players could control hundreds of individual units at a time.

GSC Game World on Monday announced it will release Cossacks 3, a new version of the popular real-time strategy title Cossacks: European Wars. It will be available for PC, Mac and Linux machines later this year.

Cossacks 3 is a modern remake of the original game that debuted in 2001. That history-based title was unique in that players could control hundreds of individual units at a time, vastly surpassing other games in the genre. 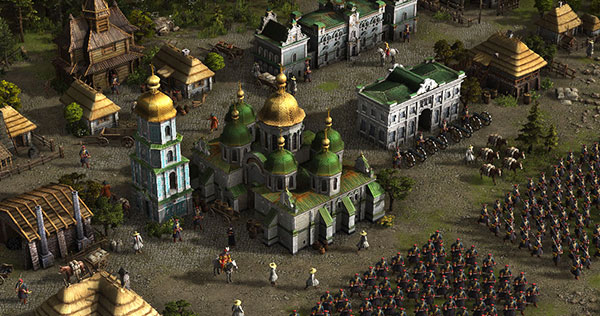 The original Cossacks: European Wars also was unique in that the game’s designersopted to use the European conflicts of the 17th and 18th centuries asa backdrop instead of a science fiction or fantasy setting. During that era, colorfully dressed armies marched in perfect order on the battlefield and blasted away at each other in volleys. The developers at GSC Game Works opted to recreate that aspect of warfare in the game.

Cossacks 3 will build on that. It will include a greater selection of unit types with upto 10,000 individual soldiers on the battlefield at a time. The game will feature 12 playable nations representing the major European powers of the era, along with 140 diverse historical buildings, 100 scientific researches that can upgrade units, and improved physics to provide an even more realistic experience. 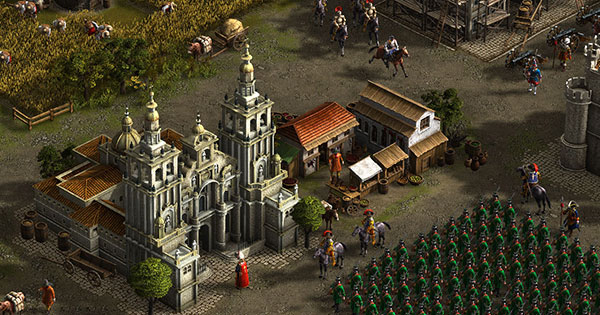 When GSC Game Works released the original Cossacks: European Wars, thereal-time strategy, or RTS, genre was one of the most popular on PCs and Macs. During the late 1990sand early 2000s, there was a wave of RTS games from major studiosincluding Electronic Arts, Activision and Microsoft, including such high-profile series as Age of Empires, Command & Conquer and StarCraft.

The game play in all of them involved workers who could gatherresources and build various structures, which in turn could producemilitary units, or upgrade the technology to improve themilitary units’ fighting abilities. Players controlled their units and buildings, and used the workers togather resources and attempt to fend off their enemies, all in “real time.” 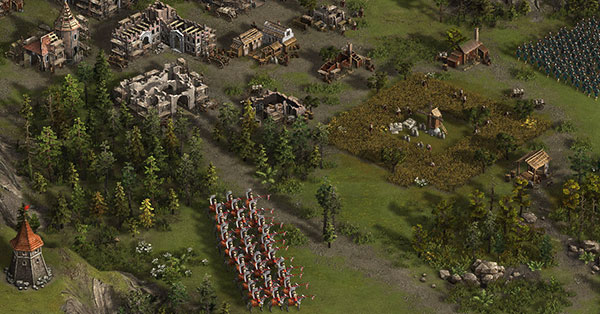 Despite the popularity of the genre, it eventually burned itself out –largely because the game play was largely the same, even though the settings changed. Advanced features only made the game play more complex, essentially limiting its appeal.

Now, Cossacks 3 could introduce a new generation of gamers to the RTS genre.

“With games like this, it really depends on how well the game plays,” said Rob Enderle, principal analyst at the Enderle Group.

The realism of the graphics and the relevance of the material are crucial, he suggested. 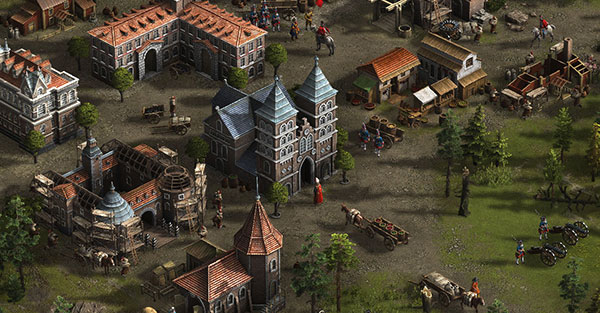 The material “may be an issue for the Western markets but should playwell in Europe and Eastern Europe,” Enderle told TechNewsWorld. “In addition, there are a lot of folks worldwide that like period games.”

Don’t Know Much About History

GSC Game Works’ approach to being historically accurate could appeal tohistory buffs, but the game may not reach a wider audience, given that science fiction has become the de facto setting for countless action games.

“Certainly, if it does that, other game companies may take interest — butthe industry hasn’t been excited about RTS games for a while, and itwill likely take a breakout success to change that,” said Enderle.

“I doubt a period game will do that. Science fiction and fantasy genregames — particularly when releasing around hit movies in that samecategory — likely have a higher probability of being a truly breakoutsuccess,” he noted, “but if this game plays as well as it looks, itshould still do surprisingly well.”

One hurdle facing an RTS comeback is that the gaming market hasexpanded dramatically in the past decade.

Another problem was that the same technology leaps that benefitedshooters and action games may have hurt the RTS genre, which typicallyrelied on overhead isometric views.

“When the jump to 3D was made,, we saw some action on persistent basesand customizable units, and Creative Assembly has done well leveraginghuge unit numbers with its historical Total War series,” said GeorgeChronis, video game industry analyst for DFC Intelligence.

“Yet the big trend in RTS games remained competition — as seen withStarCraft in Korea,” he told TechNewsWorld. “On the PC, MOBAscrystallized that trend with new blood, giving many RTS players thenew competitive experiences they were looking for.”

On the other hand, mobile RTS titles like Clash of Clans siphoned offmainstream users, added Chronis, “so the genre never really left us — itjust got compartmentalized.”

Video game remakes often tend to stand out, especially on the PC, inpart because the older games often may not be playable on the latesthardware. Even when the games are playable, few compare to the latestgraphical updates, so gamers may want the same old favorite with a bitof an update.

“Cossacks 3 is a modern remake, which means the appeal will benostalgic,” said Chronis. “There definitely is a market there for acomplete and fully featured RTS, but the question is whether a newaudience will find the game? If not, then there won’t be much chancefor the genre.”

Cossacks 3 is not Doom — the hugely popular first-person shooter thatwas remade successfully with modern graphics. It springs from a fan favoritebut not a mass hit, and that could be the biggest battle the game faces.

“It is possible for a more niche-focused RTS to do well and even sparkrenewed interest in the genre, but there are a lot of alternatives inthe current market which may make it difficult for it to break backinto the mainstream,” Super Data’s van Dreunen told TechNewsWorld.

One advantage that Cossacks 3 could have, however, is that as a PC gamefrom an indie developer, it likely won’t be nearly as expensive as manyof today’s triple-A titles for the console systems.

“Games out of Eastern Europe tend to be very aggressively priced for aPC game,” noted Enderle. “If the game play is good, this should be ableto find a loyal following — building from the core of legacy players — andfind a new audience.”