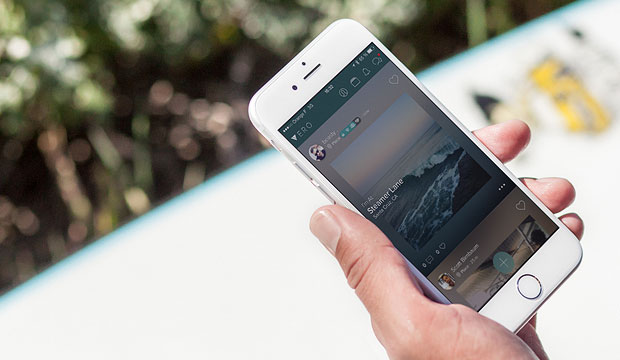 Vero, a relatively unknown social network that launched three years ago, has been enjoying a surge in user engagement in recent weeks, a trend that may be tied to growing user discontent over recent changes to Instagram’s algorithm, along with an assortment of other objections that have been driving users away from the leading social platforms.

Vero has rapidly moved up in the App Store and Google Play rankings, according to Adam Blacker, brand ambassador at Apptopia.

“Once an app starts climbing the ranks, it becomes more visible and downloads are self-perpetuating,” he told TechNewsWorld.

The visibility and media attention for this app in recent days should help it continue to gain in user awareness, Blacker said.

Vero has several unique features that set it apart from other sites. It markets itself as a platform that values user privacy and trust. There are no advertisements, and it doesn’t share user data with advertisers. It does not employ algorithms. It allows users to send private messages to individuals or groups seamlessly.

Users can organize their online connections by their relationship — designating them as close friends, friends, acquaintances or followers — and share posts with them accordingly.

“The main thing we wanted to accomplish was getting people to understand the idea of close friends, friends, acquaintances — mirroring how people interact with each other in their real lives,” she told TechNewsWorld.

The company’s recent growth spurt may be due in large part to the Cosplay community, which sees the value of no ads and quality photography.

However, the growth has led to a number technical problems with the site, and Vero has acknowledged that “it’s been hard to keep up” with the surge in users over the weekend.

If users keep the app open, it will catch up, Garecht advised, but she warned that the company has not yet adjusted to the sudden wave of growth.

“It’s not where we want to be,” she said. “We are frustrated ourselves for our users, but are addressing the issue and appreciate the incredible encouragement we’ve seen from the community.”

Cats Out of the Cradle

Large shifts in social media usage can be a attributed in part to a herding mentality, particularly in younger ones, said Jim McGregor, principal analyst at Tirias Research.

It is similar to the kinds of shifts that often occur in the restaurant business, he said, where a hot new eatery can move business away from an established competitor.

“The challenging part is getting over the hump and reaching critical mass,” McGregor told TechNewsWorld. “You need critical mass to make a business plan work, and many of the social networks are still struggling with this.”

Vero needs to be mindful of the technical issues that have been plaguing the site.

“Millennials are pretty sensitive to this stuff, and this kind of thing could easily kill a service like this,” noted Rob Enderle, principal analyst at the Enderle Group.

“However, it does showcase a growing weakness with all current social media properties,” he told TechNewsWorld. “People are incredibly fickle, and the increasing bad image from fake news surrounding most of the existing properties suggests they might move to something that Vero had promised and delivered — a more trustworthy experience.”