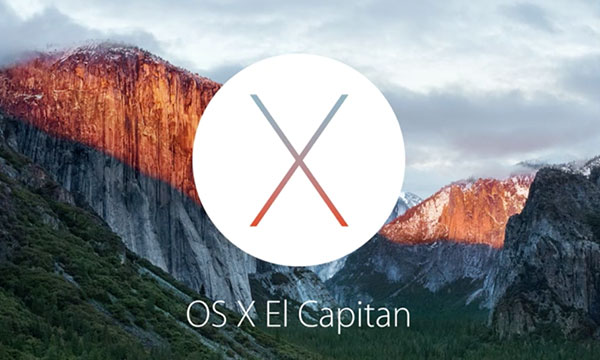 Apple on Wednesday made El Capitan available for download to its users from the Mac App Store.

“Basic operations were just quicker, and Apple did a lot of work under the hood when opening up files, 3-D graphics with Metal-supported apps, and manipulating images,” said Patrick Moorhead, principal analyst at Moor Insights & Strategy.

“Getting things done inside some of the core apps like Mail, Messages and Calendar was faster, too,” he told TechNewsWorld.

iOS users will recognize one of the new features in El Capitan — Split Screen.

Past versions of OS X touted working with a single app without distraction in a special full-screen mode. With El Capitan, Apple extends the idea with Split Screen, which displays two apps side by side in a full-screen mode.

A problem working with any operating system that uses windows is that users tend to open them with abandon. That creates windows clutter.

El Capitan lets you cut through windows clutter with its Mission Control feature. It will take all open windows and display them in a single layer without overlap so you can quickly find the one you want.

In the same vein, simply dragging a window to the top of a Mac’s display creates a new desktop.

Spotlight, Apple’s OS search engine, is a little smarter in El Capitan. For example, you can search for some kinds of information — weather, stock prices, transit info — directly from Spotlight.

It’s also more flexible in interpreting search terms. For instance, you can search for all the documents you edited yesterday by typing something to that effect.

The Spotlight window itself is more flexible, too. It can be resized and moved around the screen.

Spotlight could be a little smarter, though, Moor Insights’ Moorhead observed. “Natural search in Spotlight worked well with files that are on the Mac, but not so much on things like weather and sports scores, which required a less-than-natural search string.”

Apple has been working more iOS features into each new version of OS X.

“We’ve seen this gradually over time, but there’s even more of that in El Capitan,” he told TechNewsWorld.

That unification of experience can be seen in El Capitan’s mail app. Messages in mail can be marked read or unread with a right swipe on a Mac laptop’s trackpad. A left swipe deletes a message.

The app also will scan mail to make suggestions about contacts or events, and an improved full-screen view permits switching between your inbox and a message you’re working on.

“El Capitan will look at your email and suggest events to put onto your calendar,” Moorhead explained. “It will see an email from someone who isn’t in your contacts and suggest if you’d like to add them to your address book.”

The Notes app has been beefed up in El Capitan. More formatting options are available within notes, including titles, paragraph headings, bullet lists and checklists.

You can insert more than text into notes, too. Photos, videos, PDFs and other documents are a few of the things that can be plugged into a note.

In addition, Notes are now searchable from the Attachment Browser.

The program is integrated nicely with other programs and with iOS. You can add contents to a note from within any running Mac app through the Share menu, and you can synchronize notes created on a Mac iOS devices through iCloud.

“Notes has turned into a full-blown multimedia note-taking app akin to OneNote and Evernote,” Moorhead said.

With El Capitan, Apple has added new ways to organize photo libraries, as well as new editing tools. You easily can access libraries across devices through iCloud Photo Library.

You can add or edit location data in photos, and make batch changes in the titles, descriptions and keywords of photos.

Albums and the photos in them also can be sorted by date, title and other data.

Safari has received some tweaks, too.

You can now “pin” websites to the tab line for quick access, a feature that’s been around in Google Chrome for some time.

Have you ever followed a link to a Web page and been greeted by blaring sound from a video embedded on it? The new Safari addresses that annoyance by allowing you to shut off a page’s audio from a Smart Search field.

Security also has received a boost in El Capitan through something Apple is calling System Integrity Protection.

Planting a “rootkit” on a computer is a very nasty attack and one of the most difficult to detect and kill. SIP limits the ability of an intruder to modify how the OS works at the root level of a machine, which will blunt root-level attacks.

“The release of El Capitan is a major step in security enhancement,” he told TechNewsWorld.

Although operating system upgrades rarely increase hardware sales, the timing of El Capitan’s release and its integration with iOS devices may induce some Apple fans clinging to older machines to upgrade.

“El Capitan has a lot of features that integrate with your iPhone, Apple Watch and Apple TV,” said Trip Chowdhry, managing director for equity research at Global Equities Research.

“People will upgrade to the new operating system for that reason, but it also will increase Mac sales,” he told TechNewsWorld.

“Why? Because 60 to 65 percent of the Macs in the world were made in 2012 or before. Many of those owners will want to get new Macs with the new OS to take advantage of the unification features with other Apple devices,” Chowdhry said.

For example, El Capitan allows you to research a trip on a Mac and share it with your iOS devices.

Both the new OS X and iOS have something in common, Technalysis Research’s O’Donnell said. “What we’ve seen from Apple in both OS X and iOS 9 is continued refinement of things.”

“As Apple has gotten into the yearly release pace,” he noted, “it’s getting harder to come up with a bunch of breakthrough features every year.”