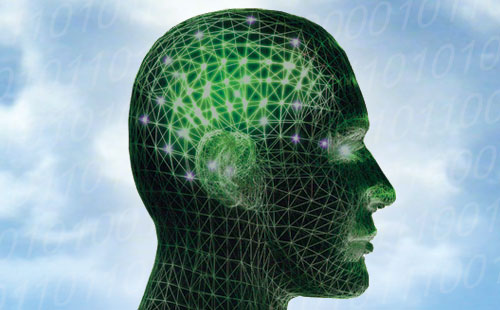 Tech visionary Elon Musk, who currently helms both Tesla and SpaceX, has launched a startup, Neuralink, dedicated to developing technology that will connect human brains directly to a computer.

This venture is in its very early stages, according to a report in The Wall Street Journal that Musk confirmed via Twitter.

Long Neuralink piece coming out on @waitbutwhy in about a week. Difficult to dedicate the time, but existential risk is too high not to.

Neuralink, which Musk is funding privately, is a medical research firm that aims to develop “neural lace” — a technology that could allow the implanting of small electrodes into the brain.

Musk reportedly has recruited leading academics in the field to work with the company.

Not So Plug and Play

Exactly what a direct connection between a computer and brain could do has been the fodder of science fiction debates, but whether it is possible is the great unanswered question.

“The technique of trepanning — drilling holes in our skulls to try to fix problems with people’s brains — appears to be as ancient as humanity itself, and the idea of implanting electrodes is decades old,” said Paul Teich, principal analyst at Tirias Research.

“However, the medical imaging sensors and processing power required to figure out how a human brain works to a level of detail that can be used to implant sensor and exciter networks that have specific, precise and deterministic functions is still in its infancy,” he told TechNewsWorld.

“We still have a long way to go toward developing a complex bi-directional link directly to the brain,” added Kevin Krewell, also a principal analyst at Tirias Research.

Treatment of brain damage perhaps tops the list of reasons to pursue such a connection between brain and computer.

“Neuralink will develop advanced electrodes that can be attached or implanted within the brain, and this direct connection between the brain and electronics could allow direct stimulation of specific brain areas, which can be used for therapy for some neural disorders,” Krewell told TechNewsWorld.

What Musk is attempting, in essence, is basic medical research backed by new computational science methods. However, it likely will be a long time before anyone’s brain can be “plugged” directly into a computer — at least in the way it’s suggested in the works of science fiction writers William Gibson and Bruce Sterling.

“While I’m sure there will be a lot of animal and human experimentation and field trials over the next decades, it’s going to be a long time before countries with liberal medical device approval processes will see widespread use of these technologies — never mind our FDA approval process in the U.S.,” observed Teich.

“Technology turns into a very different beast when you begin to work on the human body,” said futurist Michael Rogers.

“During R&D, there are ethical concerns about human experimentation,” he told TechNewsWorld, “and when you go to market, there are major hurdles with agencies like the FDA.”

One facet of such a connection that hasn’t been discussed much is privacy. If a brain-to-computer interface can allow for the uploading of thoughts, then what happens as thoughts become data?

“It isn’t so much your brain being hacked — but there will be other challenges that come with a neural and electronic interface,” said technology and privacy consultant Frederick Lane.

“The real worry is that thoughts are truly the definition of private information,” Lane told TechNewsWorld.

“It is the literal definition, and it doesn’t get more private than that, so when you put your memories in the cloud you have to worry about how they will be protected,” he added.

Companies are increasingly good at collecting data, but they aren’t very good at protecting it. Further, it’s conceivable that personal thoughts could get individuals in serious trouble.

“We have a legal system that already wants to punish fantasy,” noted Lane. “This opens the way for thought police — where you think about a potential crime and could be prosecuted for just having that thought.”

Beyond the unhappy prospect of thought policing, there is the potential debate on whether electronics could change the very nature of a human being — whether this technology, or something like it, could be the first step toward another staple of science-fiction, the cyborg.

“A sensor on the brain could be used to send signals to the electronics and then be used to control electronics,” suggested Tirias Research’s Krewell.

“Eventually, we can have direct interfaces between the brain and electronics, enabling augmented humans — but the problem is that it can create a future of haves and have nots — of augmentations,” he added.

It’s ironic that Musk announced his new venture the same week that the movie Ghost in the Shell is being released, “which is a science fiction movie involving the future of augmented humans and human cyborgs,” remarked Krewell.

“The most likely positive outcome would be enhanced access to data and knowledge and mind-to-mind communication,” said futurist Glen Hiemstra.

However, “the negative possibilities include radically unequal access to the tech, leading to even more radical inequality in human opportunity,” he told TechNewsWorld.

It may be a long time before anyone has to deal with such worrisome issues, however.

“There is already a lot of exciting work being done in the therapeutic use of brain-computer or nervous system-computer interfaces, and with further work there is a valuable investment,” Rogers added.

Creating a consumer product would be something else, though.

“My guess,” offered Rogers, “is that Elon will have his Mars colony well before the average person can order cosmetic brain surgery.”