Facebook Critics: Does Behavioral Advertising by Any Other Name Smell as Foul? 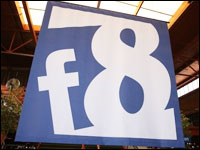 Facebook CEO Mark Zuckerberg called it “the most transformative thing we’ve ever done on the Web,” and Ginger McCall, chief counsel for the Electronic Privacy Information Center, didn’t disagree.

“I was stunned and shocked and somewhat awed by their brilliance,” McCall told TechNewsWorld. “I watched the keynote and was just floored and excited at the same time, because this gives me lots of interesting work in the days ahead.”

That work will include a forthcoming complaint to the Federal Trade Commission regarding Open Graph, the “transformative thing.”

The news was announced at Facebook’s f8 developer’s conference in San Francisco. Open Graph promises to insinuate Facebook into other parts of the Web by making it easier for the world’s biggest social network and other websites and to link their information via a more powerful “Like” button, along with other apps and plug-ins. Visitors to CNN.com, ESPN.com and 28 other partner sites for the initial launch will have a chance to view content based on their likes and preferences in their Facebook profiles. Friends who have posted comments or “likes” on the same sites will be highlighted, and all without having to log in separately to those participating websites.

Those other sites and networks, according to Zuckerberg, are building out separate maps of a huge graph of people using the Web. “If we can take those separate maps of the graph and pull them all together, then we can create a Web that’s more social, more personalized, smarter and more semantically aware,” he said.

The problem, said McCall, is that those connections will be based on profile information volunteered by Facebook’s users — information that will also be available to third parties such as advertisers. Opting out won’t be easy, she warned. That is indeed transformative, but not in a good way. “It’s a fundamental transformation of the very nature of the service they’re providing, from social networking site to guerilla advertising and marketing site,” she said, with the result being targeted ads and more personal information floating around on the Web. “They’re billing it as social and personalized, but what we’ve seen is that people don’t like behavioral advertising, and this is what this is, only by a different name.”

Open Graph is the new overall API platform and strategy for Facebook, and it replaces Facebook Connect, announced last year, by essentially expanding it while building on that foundation.

New plug-ins for developers to use to help facilitate the change include the aforementioned Facebook-style “Like” button on partner websites, which will also enable features like Activity Streams (which of your FB friends have also checked in on that site?), a Recommendations Stream (what stories/bands/restaurants/movies do your friends like?) and a “Social Bar,” the “kitchen sink of our social plug-ins,” said Bret Taylor, Facebook head of platform product. The Bar will fit at the bottom of a website’s screen and hold all buttons, streams and Facebook Chats. “It will pretty much work on just about every website. It looks nice on any UI. Use the Social Bar and you’ve socially enabled your site with just one line of HTML.”

Making things easier for developers seemed to be a secondary but vital theme of the f8 keynote speech. Developers will get to combine all the user permissions required for third-party applications on Facebook into a sole dialogue box requiring only one click from consumers. Another announcement involved a change in data retention policies — developers no longer will have to get rid of stored data after 24 hours. “So now if a person comes to your site and gives you permission to access their information, you can store it,” Zuckerberg said. “We think this step will make building with the Facebook platform a lot simpler.”

That announcement was greeted with applause from the San Francisco audience, but not from McCall. “The extent to which profile information is going out to be shared is far larger” than she anticipated, McCall said. “They’re actually setting it up so that the companies have access to your entire, quote, ‘graph’ — your connections, your network of connections, your friends, the things that you like, the places that you visited. All of this information is going to be out there in what they call the ‘Open Graph.’ The fact that they’re using cookies to track people around the Web is also problematic.”

Open Graph appears to be aimed squarely at Google, the other major technology company that’s out to make the Web more social and personal, said Paul Gillin, blogger, social media consultant and author of The New Influencers.

“There’s an element of self-interest here because [Facebook] see themselves as the glue that ties together all the many special-interest social networks, and even non-social networks such as blogs,” Gillin told TechNewsWorld. “They show a self-interest by spreading their presence everywhere. But there’s also a community interest by proving a means for other services to add value by embedding Facebook components.”

There’s its partnership with Yelp, for example — Open Graph will make the process of recommending/dissing restaurants that much more personal. “So it’s not just opinions of anonymous diners, but their friends as well, and that’s a step forward for the Web in general.”

The f8 announcements also included potential business/productivity uses for Facebook users. Microsoft, another Open Graph partner, has teamed with Facebook to develop Docs.com (open for business late Wednesday, Zuckerberg said), an online version of a feature in its Office suite of products. Facebook users will be able to collaborate on documents and edit them within the Facebook inbox. Again, Google would seem to be the target here with its Google Docs. 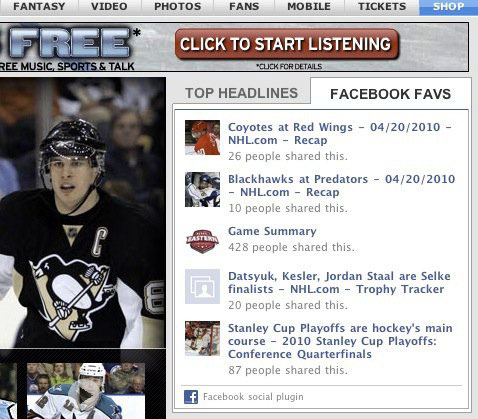 Facebook also juiced up its search feature for developers; for the first time, they have the capability to search all public Facebook updates. “If you’re making a webpage for a brand, you can build a module saying, ‘What are people saying about that brand on Facebook?'” Taylor said.

Those developments, along with user interactivity, will result in better products and services for consumers, Gillin said. “It’s going to make the validation of one’s brand an increasingly important part of how Web brands raise their visibility,” he explained. “The better content you have, the more people are going to come and see you because they recommend you on Facebook. It’s going to raise the stakes to be able to succeed on the Web — by providing more targeted content than their competitors.”

However, even Gillin believes managing the privacy issue will be the trickiest of tightrope walks for Facebook, and McCall didn’t hear anything that leads her to believe that Zuckerberg and company have learned from previous missteps, including the advertiser-focused Beacon debacle and other recent privacy issues. She is hinting that in addition to an FTC complaint — which should be forthcoming later this week — EPIC has other “tricks up its sleeve” that it might deploy against the 400-million-member strong social network.

The most potent weapon EPIC may have in its arsenal is Facebook’s own user base. “Huge Facebook groups always gather against changes in format and privacy policy,” she said. “We’ve seen over and over again that Facebook will change something privacy-wise, and they’ll try to market it as ‘this is what you wanted and isn’t this great,’ and a lot of people are very unhappy with it.”