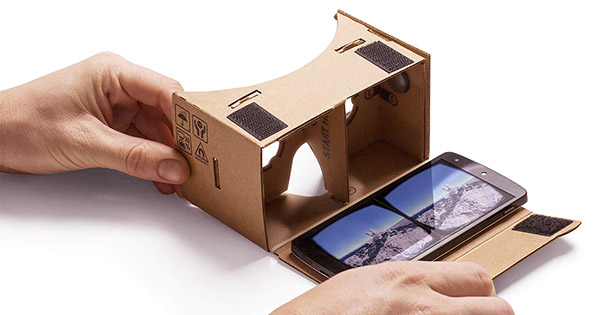 Google last week announced an updated app for its minimalist Cardboard virtual reality viewer, as well as software development kits for both Android and the Unity game engine.

It also published new building specifications for those interested in making their own Cardboard viewers and announced that it’s hiring more people to work on the project, with five new positions now open.

More than half a million phone-based Cardboard viewers have been shipped, Google said. Cardboard-compatible apps now available on Google Play include a live concert and fully immersive game. 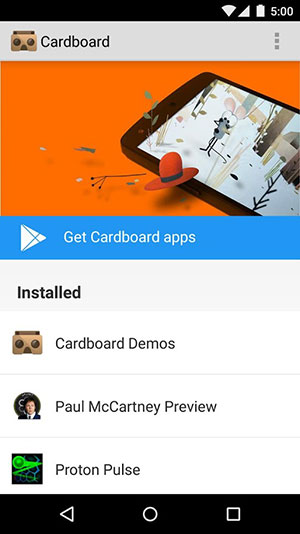 First introduced at Google’s I/O conference earlier this year following Facebook’s multibillion-dollar purchase of Oculus VR, the open source Cardboard viewer is also available from several retailers, including DODOcase, I Am Cardboard, Knoxlabs and Unofficial Cardboard. Pricing on most is less than US$30.

“Now, Google may be having the last laugh with three key announcements that have the potential for seeing an emerging end-to-end VR ecosystem,” she told TechNewsWorld.

Nowhere to Go But Up

It’s easy to see how Cardboard progressed from “a tongue-in-cheek response to a ‘thing,'” said Christine Arrington, a senior analyst for games with IHS.

“I think the tech industry loves a bit of snark and fun,” she told TechNewsWorld.

With 500,000 users so far, it is hard to say whether Google Cardboard has moved beyond its initial audience, Arrington said, but “it wouldn’t be surprising to see it do just that.”

Mobile media “gets a lot of leeway from users that is not given to game consoles or PC content,” she added. “The expectations for any VR headset connected to those devices will be very high.”

By the very nature of the Cardboard “joke,” on the other hand, “the expectations are very low,” said Arrington. “Google can build from there and the only direction is up.”

Included with the app are several demos, including one that offers a tour of Versailles with a local guide.

Also, the new building specs were created with specific cutting tools in mind.

Google plans to add a viewer calibration tool to the Cardboard SDK next year, so that creators can tailor the viewing experience to their viewer’s particular optical layout.

Between the SDKs and the new building specs, “more headset players are likely to jump into the marketplace and offer consumers and verticals an increased range of product form factors,” said C4 Trends’ Schreiner.

Moreover, with a dedicated section in Google’s Play Store highlighting Cardboard-compatible apps, developers now have an efficient channel to reach the consumer, she added — one that’s easy to navigate.

In all, “these additions signal that if configured properly, content for the Cardboard VR should be compatible with any VR headset powered by an Android device like Samsung’s Gear VR,” Schreiner said.

“Google’s approach, coupled with the inexpensive bill of materials for cardboard — lowering the barriers to entry into the VR marketplace by pros as well as hobbyists — and the growing DIY movement,” Schreiner noted, “opens the door for Google to unleash the potential of the VR ecosystem.”

Something like Cardboard likely could get VR into the hands of more people more quickly than Oculus, which is selling as a development kit for $350, observed Roger Kay, founder and president of Endpoint Technologies Associates.

“It’s a relatively inexpensive way for Google to keep Facebook at bay and a finger in this new area of development,” he told TechNewsWorld.

Meanwhile, “at the starting gate, Google is $2 billion ahead, since it didn’t have to buy a company to put Cardboard out,” Kay pointed out.

In Search of the Killer App

Many of the technical issues in virtual reality, such as motion sickness or latency, have been worked out by companies like Oculus and PlayStation, but “both leaders still lack a killer app or must-have game,” noted Eric Smith, an analyst in the digital consumer practice at Strategy Analytics.

“Google Cardboard and its SDK open up possibilities for any developer to be the one that brings a unique experience to VR, which is badly needed for commercialization to be a success,” he told TechNewsWorld.

In short, “Google Cardboard is a cheap way of doing what Samsung and Oculus are doing with the Gear VR,” Smith remarked, “except on a wider and cheaper scale.”