Google has shed fresh light on Project Ara, its modular Android smartphone initiative, including plans to pilot the project in Puerto Rico through food truck-style stores.

Project Ara will offer a smartphone endoskeleton; users will be able to add the functionality they want piece by piece, rather than being confined by the hardware configurations determined by operators and providers.

It showed off its progress on Spiral 2 prototypes and previewed its plans for Spiral 3 — and for ultimately marketing the devices — at its DevCon2 developers conference on Wednesday.

“The purpose of the market pilot is to research the user relationship to Ara technology, paradox of choice, pricing and economic models, and marketing and branding,” Google spokesperson Iska Saric told TechNewsWorld. 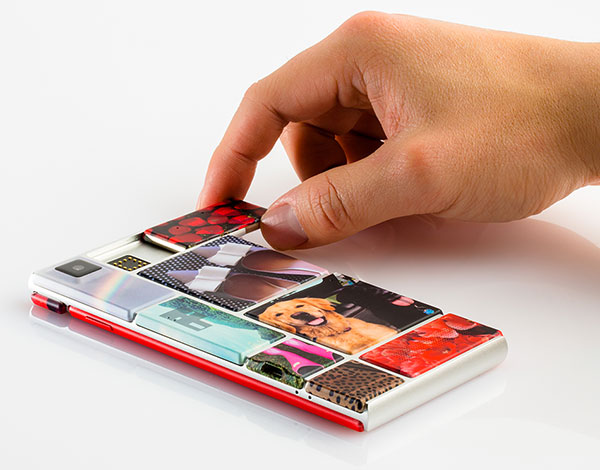 Included among the latest updates in Project Ara’s Spiral 2 prototype are 3G modem functionality and an analog RF bus, along with 11 different prototype modules.

An earlier prototype’s field-programmable gate arrays also have been replaced with the first implementation of a UniPro switch ASIC and two types of UniPro bridge ASICs for better performance and more space.

In addition, the device’s electropermanent magnets have been moved from the modules into the endoskeleton frame. Device shells, or outer exteriors, meanwhile, are now high-resolution, full-color and fully customizable injection-molded polycarbonate plastic decorated via dye-sublimation printing.

Coming up for Spiral 3 are inductive, contactless data connections between modules and endoskeleton, plus the ability to have antennas in the endoskeleton as well as in the modules, with connections made by the RF bus.

As for the Puerto Rican market pilot, it will take place through a partnership with Ingram Micro for third-party logistics, and with OpenMobile and Claro as carrier partners.

Google will formulate its global launch plans based on the results of the Puerto Rican pilot, it said, with a goal of 20 to 30 modules across 10 categories as a starting point.

More than 50 developers currently are working on developing modules for the project.

“It’s finally seeing the light of day,” he told TechNewsWorld. “A lot of things that start at Google don’t always make it this far.”

The choice of Puerto Rico as a pilot location makes a lot of sense, he said. “It’s not the biggest market in the world, but it’s definitely a savvy market as far as technology goes. It’s a controlled and soft launch, and a lot can be learned there.”

Still, the learning curve for consumers accustomed to today’s smartphone market will be a steep one, Morgan told TechNewsWorld.

“When you buy a mobile device today, everything’s in it,” he said. “Apple is famous for this — it’s vertically integrated, and because of that, for every bit of silicon you put in there, you get that much more. Everything is optimized.”

Today, however, as the market matures, that integration is beginning to come apart.

“Intel does one thing, the camera maker does another, and you get a sort of a Frankenstein device,” Morgan said. “The differentiation dynamic is changing.”

In many ways, it’s similar to what already has occurred in the PC world, Morgan suggested.

For example, “you can buy the tower of your choice, but you can upgrade the video card or hard drive,” he pointed out.

Over time, however, that scenario has devolved into one where “only hobbyists swap stuff in and out,” Morgan observed. “You have to wonder if that’s a key thing Google will need to address here. At the end of the day, it starts to coalesce into bundles.”

Google is “kind of re-innovating the whole smartphone dynamics here,” he said. “There are a lot of tough questions, and an overload of decisions that have to be made by the consumer.”

It’s going to be a significant challenge “to explain [Project Ara] to consumers so that their heads don’t spin. You have to educate consumers on what they need, what they don’t need, what works and what doesn’t,” said IDC’s Llamas. “In general, consumers don’t come along with engineering degrees.”

At the same time, the modularity concept is a compelling one, he acknowledged.

“Why stop at smartphones?” he mused. “There are a lot of consumer electronics out there that could have possibilities. Probably not tablets — they’re really just gorgeous screens — but smartwatches? Aha. Now you’ve got my attention.”