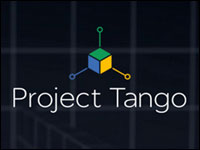 Google is making an increased push into the 3D imaging sphere with the announcement of its Project Tango technology.

The project is aimed at helping mobile devices fully map a 3D space to give them the same type of understanding of space and motion that humans have through a blend of robotics and computer vision tools.

“Google has a reputation for finding value in places most other companies pay little attention to or overlook entirely,” Charles King, principal analyst at Pund-IT, told TechNewsWorld.

“While large-scale projects like Google Maps and Earth approach their subjects with a macro view, providing context valuable to the user, you could say that with Project Tango Google is reversing the telescope for a micro view of highly localized locales, including homes, rooms, etc.,” he explained.

“The bet the company is making is that garnering insights from enclosed spaces will be particularly valuable for end users,” said King.

The prototype smartphone Google unveiled has myriad sensors — along with software created to track the full motion of the device in three dimensions while creating a map of the environment at the same time. 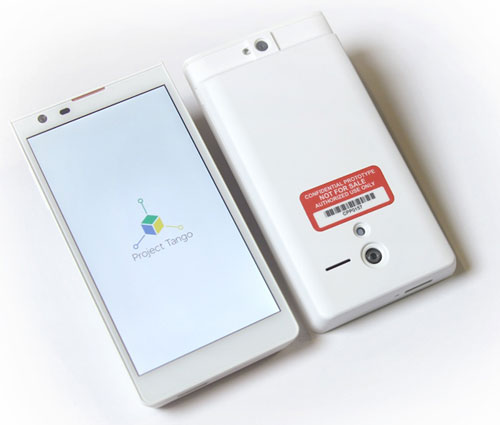 The sensors let the phone capture more than a quarter-million 3D measurements every second, as it updates its position and orientation in real time. The phone then collates the data to create a single 3D model of the surrounding physical space.

“This is establishing the technologies, standards and resources for all these applications that will be able to utilize information from the world around us,” he said.

“Although this appears to be focused on 3D mapping the environment around the device or user, it can be much more than just a 3D image. Through other sensors, you can determine heat, radiation, gases, etc.,” McGregor pointed out.

Google is making the prototype phone available to developers, with interested parties invited to apply for one of the devices from the project’s website. However, Google is making only 200 of the smartphones available in the first instance.

Some already have been allocated for projects focusing on indoor navigation and mapping; single or multiplayer games that take advantage of physical space; and innovative algorithms that process sensor data. It has set aside units for other uses as well. Google expects to distribute all of the units by March 14.

The prototype device has a 5-inch display, runs Android, and uses the Unity Game Engine. It is loaded with developer tools, including application programming interfaces, or APIs, that offer depth, orientation and position data to standard Android applications that are written in Java or C/C++ programming languages.

Google’s Project Tango team spent a year working with research labs, universities and industrial partners to develop the device. The partners collaborated on ways to fit environment-mapping robotics and computer vision technologies into a phone.

Some practical uses for a Project Tango phone: It could be used to capture the dimensions of one’s home ahead of furniture shopping. It could provide directions to a new location in an internal space, taking mapping technology beyond the outdoors and Google Maps.

It could direct visually impaired people to the correct room in a new building, or help users find the exact location of a specific product in a store. A Project Tango phone also might be used for playing games in physical spaces, using augmented reality that could take full advantage of a completely mapped 3D space.

“I can think of thousands of potential applications, ranging from emergency services to helping the disabled, to designing solutions for a particular environment,” Tirias’ McGregor noted.

“There are thousands — no, millions — of potential applications, ranging from the must-have to the nice-to-have — and many that can be integrated into existing businesses for a competitive differentiation,” he continued.

“I can’t wait to play with this,” said McGregor.

“Imagine placing not just yourself but your home environment into a 3D game simulation — or measuring a room for painting, redecoration or new furniture without taking out a tape measure or yardstick,” Pund-IT’s King suggested.

“One of the more intriguing features suggested was using Tango to aid disabled people in mapping out unfamiliar rooms and other environments,” he noted. “The possibilities are very nearly endless.”

Project Tango is in the experimental stages as the team and developers try to expand the possibilities of mobile platforms. However, Google plans eventually to bring this technology to millions of consumers.

But what’s in 3D imaging for Google?

“More users equals greater market share and additional and greater potential revenue stream. To stay still and rest on [its] laurels — and expect to retain its current dominant market position in search [and] online advertising while it is trying to become a powerhouse in Internet-based applications — is not an option for Google,” she told TechNewsWorld.

“Its competitors — Apple, Facebook and Microsoft, to name a few — are all behemoths themselves, and are all actively trying to grow market share and influence with the introduction of leading-edge technologies,” DiDio pointed out.

“Project Tango has exciting and limitless possibilities, and I say this as someone who’s not easily impressed by every new announcement,” she added. “As an equestrian, I could see using this to map trails, examine my horses’ movements, and even do things like properly fit my saddle to the horse.”