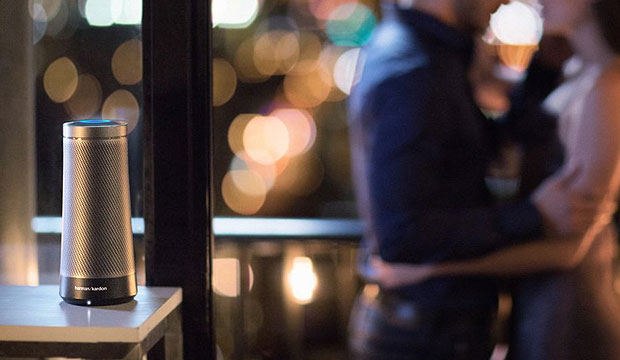 Early reviews of the Harman Kardon Invoke with Cortana — the smart speaker that features Microsoft’s personal assistant — have been lukewarm at best.

The speaker will be available for US$199.95 at Best Buy, Microsoft Stores and other retail outlets in the U.S. starting Sunday.

The Invoke lets users tap Skype to make calls to smartphones, landlines and other Skype-enabled devices.

The Invoke earned points from reviewers for its design, sound quality, and integration with Microsoft Office.

However, its limitations did not go unnoticed. Although it supports some music services, it does not support Pandora. It also does not support Gmail or Google Calendar. Because few smart device makers support Cortana, its ecosystem is small.

The Invoke has entered a market that already is very competitive. It’s dominated by Amazon’s Echo and Google’s Home, but other competitors are lining up. Apple’s HomePod is expected to be available in December.

The $200 price point has drawn criticism. Amazon’s flagship Echo is priced at $99 and Google’s Home sells for $130. Google reportedly plans to release a $100 version soon.

The Sound of Music

“The Invoke has more powerful speakers than [Echo or Google Home], and … sounds a lot better,” noted Dan Seifert in his review for The Verge.

“It has actual bass response, which is all but non-existent in the others,” he pointed out.

“You do get what you pay for,” said Ray Wang, principal analyst at Constellation Research.

“This is in the mid-range of speakers in its class,” he told TechNewsWorld.

The Invoke currently supports iHeartRadio, Tunein and Spotify, noted Todd Haselton in his review for CNBC. That “leaves out Pandora, the most popular streaming option, and other heavy hitters like Google Play Music and Apple Music.”

Support for Pandora has been promised, Business Insider’s Todd Weinberger pointed out.

Having few music service choices might not be a deal breaker, though.

“People tend to find a music service they live on and probably don’t switch between music services because it’s a pain in the butt,” observed Rob Enderle, principal analyst at the Enderle Group.

“So it’s not as big a problem as you’d think,” he told TechNewsWorld.

Invoke users can access calendar information from Outlook and Office 365 accounts, and can add items to a to-do list in the Cortana app, but “I couldn’t see any of the calendar appointments in my Google Calendar account,” The Verge’s Seifert said.

The Invoke will support Gmail and Google Calendar in the future, Business Insider’s Matt Weinberger wrote, citing a Microsoft spokesperson.

Being unable use the Invoke to shop may not be as much of a problem as it seems, Enderle suggested. “A lot of people still aren’t shopping online yet, never mind using voice commands to shop.”

Cortana “can’t control a Microsoft Xbox One or any other TV-connected gadget, at least not yet,” he pointed out.

Microsoft and Amazon are working to make Cortana and Alexa interoperable, which likely would enlarge the Invoke’s ecosystem.

Battling for a Voice

Apple’s HomePod may not be a direct threat to Invoke, because “Apple is building a closed smart home environment, and Microsoft is more open,” Michael Jude, research manager at Stratecast/Frost & Sullivan, told TechNewsWorld.

Microsoft needs a product like Invoke, because “the battles for music in the home, at work, in the vehicle, and in motion are all converging,” Constellation’s Wang noted. “Microsoft can’t afford not to have a product in the market if they plan to remain relevant to consumers.”