It’s Hard to See WWDC Through My Apple TV Tears 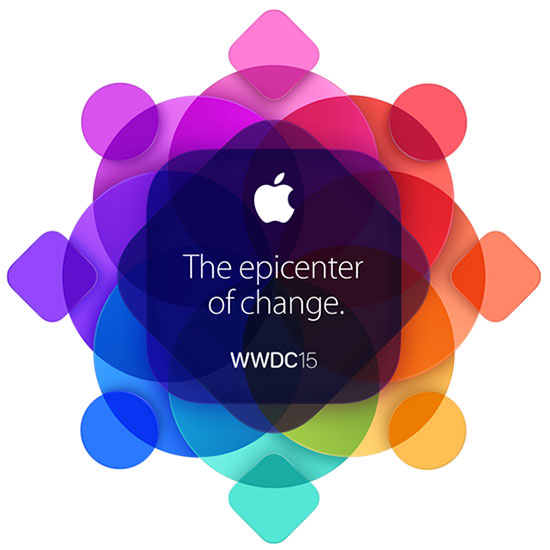 By the time you read this, I’ll have finished swearing in the privacy of my office, and likely will have entered the acceptance stage of grief. Already, realization is dawning that I was right to withhold hope that Apple would reveal a new Apple TV at its WorldWide Developers Conference on Monday.

I hate it when pessimism wins.

So what gives? If WWDC isn’t set to kick off until next week, how can I know that Apple isn’t going to introduce a new Apple TV? Isn’t Apple the most secretive consumer tech company ever devised?

Blame it on Brian X. Chen, reporting for The New York Times, who got it from two unidentified informants “briefed on the product.”

There is a sliver of hope that his briefed buddies were horribly misinformed or making stuff up, but it’s not like this is a rumor spawned from some little bird and vaguely repeated on Twitter. The only good news is that I haven’t seen anyone corroborate Chen’s report yet — just repeat it — and repeat it a lot, in pretty much all the key WWDC preview “news” stories.

The sad irony here is that some of the biggest news around the pre-WWDC hype cycle is turning into what is not going to be announced rather than what is likely to be revealed.

Hey There, Buddy, It’s Going to Be OK

While Apple enthusiasts have waited years –years — for a new Apple TV with some new super fast processor and awesome new remote control system, Apple seems to be doing something really cool: You should be able to use your existing third-generation Apple TV as a hub to remotely control the HomeKit home automation products that are hitting retail channels this summer.

So, instead of forcing you to buy new hardware to get the latest new features, Apple is providing software updates to extend the useful life of the existing Apple TV into 2015 and beyond.

As a long-time Apple tech enthusiast who willingly pays a premium for Apple devices — and recommends them to friends, family, and people who don’t even want to listen — my living room has been ignored for far too long. Sure, the new HBO Now app helped a little, but come on. It’s time for a new puck… and that WWDC 2015 logo seemed to imply a new Apple TV-shaped device was on the way, too.

As for the basic holdup, there are two core pieces: First, there’s doubt that Apple can get the TV industry to sign off on new content deals that would let it create some awesome way of delivering age-old broadcast and cable television. So, no fancy new streaming-TV service.

Of course, you don’t have to have a bunch of network suits on board to deliver a new Apple TV — so what’s wrong with opening up the Apple TV ecosystem to developers and letting them create apps made for an Apple TV? What’s wrong with letting a new Apple TV play games directly on it, all served up through it’s own App Store?

Nothing wrong with that as far as I can see — except that leads directly to the second core issue, which, according to Chen, is that the hardware isn’t “ready for prime time” either.

Anything Worth Watching Monday Morning?

Well, rumors widely point toward Apple starting to use the new San Francisco font that it created for the Apple Watch in the next version of iOS, likely called “iOS 9.” That will be exciting.

There will be some interesting tidbits, though, definitely. You can expect iOS 9 to become even more cohesive — with multiple apps and with inter-app communication, as well as with Macs and an updated version of OS X. Basically, our Apple world will become more seamless.

The iPad might get a split-screen view option (which competitors already have) that could be put to interesting use by Apple-focused app developers… and shine some sort of light on the long-awaited “iPad Pro” that likely will hit this fall.

Maps should see some welcome improvements, too.

Fortunately, Apple should be opening up the Apple Watch to developers to let them build apps that run on the Apple Watch proper rather than just communicate with your iPhone.

It also appears that Apple will reveal some sort of new music-streaming service that could cost US$10 a month — hard to say how it will utilize Beats Music or transform it — though it’s expected to provide on-demand streaming music along with curated streams.

We should see how HomeKit devices actually will work for Apple tech users, and we’ll probably learn more about Apple HealthKit and how Apple tech is helping with health research and personal health.

The piece that I think is the most important is how Apple describes today’s HomeKit and related products, because how home automation and IoT get marketed by Apple will help drive this tech segment forward… unless Apple holds back because it isn’t releasing a new Apple TV.

In any event, if you want to watch the WWDC keynote with Tim Cook and crew yourself, you can do it via Safari on your Mac or iOS device.

As for me, I’ll watch this one from my old Apple TV in my living room — but I might take it outside on the back deck with a cooler full of cold beer. Depends on the temperature of the day and whether I still have a shred of Apple TV hope.