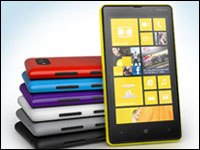 The hottest rumor for Microsoft Xbox Halo fans has taken on a life of its own: The voice and text-based virtual assistant service — code-named “Cortana” and planned for release with Windows Phone 8.1 — actually might be created with the real-life voice behind Cortana, Jen Taylor.

The rumor comes from MSFTnerd, and while there is no evidence to back it up, millions of Halo fans will be — how should I say this — totally freakin’ stoked to hear Cortana may come to life as a real AI virtual assistant.

In fact, on one Windows Phone feature suggestion forum post, nearly 39,000 users have voted in a sort of ad hoc petition to encourage Microsoft to launch the service with “Cortana” as the official name.

That’s just for the name — not the real voice of Jen Taylor used with the name.

If you haven’t played the massively popular Halo series of games on Microsoft’s Xbox, you won’t know Cortana from Siri, HAL or a turnip. However, millions of gamers — teenagers and adults alike — have spent hours upon hours following the artificial intelligence of a character known as “Cortana.” She is basically a vaguely sexy hologram AI who helps the hero of the Halo series — Master Chief — fight off alien invasions and the destruction of pretty much everything we know and love.

Jen Taylor’s voice is rich, seductive and nuanced — and familiar in all ways good. To have it define an experience with Windows Phone similar to Apple’s Siri voice assistant, if not in a more Windows-integrated way, would spark a fire of goodwill toward Microsoft.

In fact, there’s a decent chance some fans would even leap into a Windows Phone device just because of this new Cortana. (I’m an iPhone-using Apple smartphone diehard, and this rumor made me pause — and I can’t even remember the last time I touched a Halo game. Such is the power of Cortana.)

If only it is true.

Where Does the Rumor Come From?

Cortana rumors have been floating around since last fall, but up to now, they focused just on the service and code-name — what it would be, how deeply integrated into the Microsoft mobile, PC, Xbox, and online experience it would become.

This new rumor is spartan at best, posted with a teasing title, “What turns Cortana on.”

The answer: “Bing Tell Me.”

If this is true, the “Bing” comes from Microsoft looking to brand and elevate the search engine Bing to do something greater than word-based search. The “Tell Me” part is clearly a play on words that could have come from Microsoft’s US$800 million acquisition ofTellme Networks in 2007. Tellme was popular voice-enabled mobile search service.

“Cortana will be voiced by Jen Taylor & will launch first in beta on Lumia this April for US developers,” MSFTnerd reported, noting that the service will expand to the Bing app for iPhone in the U.S. this fall, and be extended to the Xbox One and to Windows users in 2015.

And that’s about it.

Why April? Microsoft’s sold out Build Developer Conference is slated for April 2-4 in San Francisco, where Microsoft is expected to show off Windows Phone 8.1.

Jen Taylor has provided other voices, most notably Zoey from Left 4 Dead and Princess Peach from the Mario series of games.