Microsoft’s Mixer Could Shake Up the Streaming Game 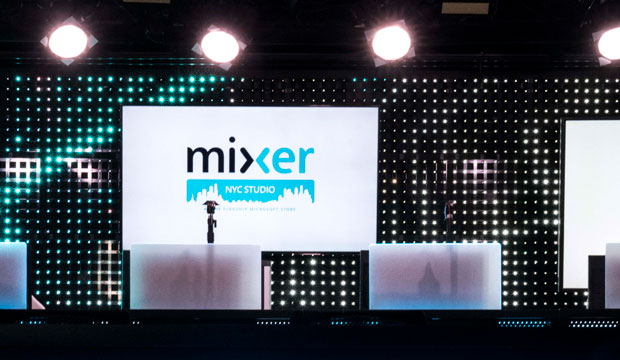 Microsoft on Thursday announced Mixer, a rebranded version of its game-streaming service previously known as “Beam.” In addition to the name change, the service will include a number of new features designed to attract more gamers.

The added features will unlock new possibilities for social streaming, while also helping viewers find specific content across the service, according to Microsoft. New co-streaming functionality will allow four PC streamers to combine their respective broadcasts into a single split-screen stream. This feature soon will roll out to Xbox gamers as well.

In addition, Microsoft announced that it has launched new Mixer Create mobile apps for Android and iOS devices. They are currently in beta, but both will support self-broadcasting and the ability to stream mobile games soon.

There also will be a Mixer page on the Xbox One Dashboard, which will feature some of the most unique and popular streams curated by a dedicated support team. This will further showcase the variety of diverse, creative content from the streaming community. Moreover, Microsoft’s Mixer will feature the always-on, moderated Channel One that allows users to see the breadth of content available across the platform.

Further, Mixer will serve as a gamer’s eye to Microsoft’s E3 2017 press conference on June 11.

Microsoft acquired Beam last August, only some eight months after its launch, to compete against game streaming on Amazon’s Twitch and YouTube.

When it launched, Beam attempted to differentiate itself from the competition by providing online competitions that could be streamed in real time. That helped it attract an audience, not to mention interest from Microsoft.

Now the newly branded Mixer could allow Microsoft to capture a segment of the gaming audience that likes to watch rather than actually play today’s most popular titles.

“Microsoft necessarily has to compete but has been on the back foot in the live-streaming space,” said Joost van Dreunen, principal analyst at SuperData Research.

“With the rebranding and hopefully a continued development effort, Microsoft has created an opportunity for itself, albeit it slim,” he told TechNewsWorld.

“Historically, network-based strategies such as these are challenging, because neither content creators nor viewers are keen on switching platforms,” added van Dreunen. “So Microsoft will have to come up with something unique that will draw people to its service.”

Mixing It Up With the In-Crowd

Microsoft’s efforts suggest that it may be aiming for a virtual mixer-style gaming party. However, gamers already have numerous options to meet up and engage, and co-op gameplay may not be enough to draw in new users.

“Crowd play is interesting, but the application has to be engaging in order to found a long-term role,” cautioned Steve Bailey, senior analyst for games at IHS Markit.

“A handful of PS4 games employed a similar idea a few years back, but it didn’t seem to gain much traction, and we’re only just beginning to explore the potential of games with meaningful crowd-voting systems,” he told TechNewsWorld.

“Novelty alone won’t be enough to carry this idea, so Mixer and developers will have to continue working closely to realize its potential,” Bailey added. “Mixer will also have to show that it can grow its audience, to make this effort ultimately worthwhile for developers.”

Taking On the Established Players

A name change from the generic “Beam” to the equally generic “Mixer” may do little to get gamers off Twitch and YouTube, but the fact that the platform will offer live functionality to the PC and console could help set it apart.

“From the console perspective, various streaming facilities have been available on PS4 and Xbox One for quite some time now, so the question Mixer has to answer is, why should people use it over, say, Twitch?” pondered Bailey.

“Features and superior integration are the first hurdles. … Co-streaming and crowd play are both interesting ideas, but that brings us to the next set of hurdles — content that leverages these features in compelling ways,” Bailey added.

“Team-based combat games are perfect for co-streaming, and so could fit well with many e-sports titles, as well as a number of key shooter properties on Xbox One,” he pointed out.

Superior functionality could be the winning mix for Microsoft, however.

“Its key differentiators — interactivity and low-latency — are strong, and arguably elevate Mixer above rivals like Twitch and YouTube in terms of performance,” suggested SuperData Research’s van Dreunen.

“We’ve seen in the past that a higher-quality standard is no match for a platform or format that is more popular,” he added.

“Another thing Mixer needs to implement is the ability for players to buy games directly through the service — via Microsoft’s stores — and for the streamers to take a percentage of any purchases that they trigger,” said IHS Markit’s Bailey. “Twitch currently offers this, but for PC games only. Mixer could open up that opportunity for Xbox One games.”