Mozilla Gripes at Microsoft for Giving Edge an Edge 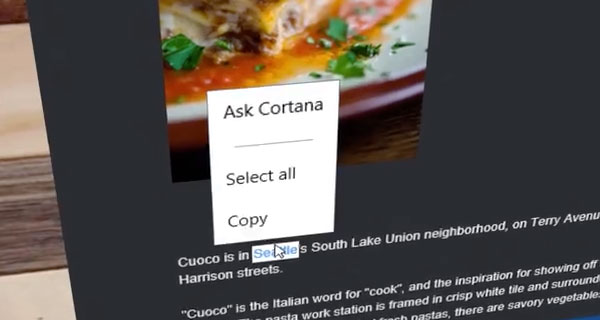 Mozilla CEO Chris Beard on Thursday published an open letter to Microsoft CEO Satya Nadella, calling on him to offer Windows 10 users an easier way to set their browser preferences.

Beard characterized the lack of choice in the Windows 10 experience as “very disturbing.”

It appears to have been designed to override users’ preferences for browser and apps, forcing users into an experience Microsoft wants them to have instead of one they want, he charged.

Users who upgrade to Microsoft’s Windows 10 using the express setup will have the new Edge browser set as their default.

“We designed Windows 10 to provide a simple upgrade experience for users and a cohesive experience following the upgrade,” said Microsoft spokesperson Carly Olsen.

“During the upgrade, consumers have the choice to set defaults, including for Web browsing,” she told TechNewsWorld. “Following the upgrade, they can easily choose the default browser of their choice.”

Windows 10 on Wednesday became available as a free download for Windows 7 and 8 customers, and so far has been downloaded more than 14 million times.

With every update of an operating system, users may find that some programs are not compatible. There have been many complaints over a variety of issues when previous versions of Windows were introduced.

Mozilla tried to work with Microsoft to ensure that users of Firefox wouldn’t face unnecessary headaches, Beard claimed, but to no avail.

It can be argued the company is making much ado about nothing, though.

“That said, users who want to use Firefox, Chrome or others as their default browsers will have to go through a manual process similar to the one in Windows 8,” he told TechNewsWorld.

Microsoft may have stumbled a bit, because it should make life easy for its core customers and address their needs, King added.

Still, “it’s worth asking why Microsoft should risk adding complexity to the upgrade process for the sake of a small minority of users — especially when there’s little sign that the users themselves are complaining,” he noted.

End of the Line for Explorer

This isn’t a case of simply switching users to Internet Explorer, either. In addition to updating the operating system, Windows 10 is also notable in that it replaces the long-running Internet Explorer with Edge, a browser that Microsoft touts as lighter, faster and more modern than IE.

Some of its new features could help Microsoft regain some of the market share it once had with IE.

“Considering that 73 percent — or roughly three quarters of Internet users — are not using Internet Explorer, it is a minor inconvenience or an annoyance at most,” said Roger Entner, principal analyst at Recon Analytics.

“Microsoft’s position in the browser world is a mere shadow of its former dominance,” he told TechNewsWorld.

“While it may be mildly annoying for users of other browsers, Firefox users have been able to switch before, so this shouldn’t be that hard — and unlike in the past, they don’t have to download it,” he added.

Microsoft deliberately limited consumer choice to give itself an unfair advantage, Beard suggested.

“People are seeing this is a nefarious move by Microsoft,” said Entner, but it could be the other way around.

“It could give people a chance to experience Edge, but Mozilla doesn’t even want them to try,” he remarked.

“Previous versions of Windows have positioned IE as the default browser,” noted King. “If you wanted something different, you had to make it happen yourself. Outside of slightly altering the process for choosing the default browser, Microsoft is doing what it’s done for many years. I can’t think of a better way to do it.”

Replay of Windows 95 and IE

It was 20 years in the summer of 1995 that Microsoft took similar heat for using its newly launched Windows 95 as a way to gain market share with IE, which was closely tied to the OS. It is unlikely that Windows 10 and the Edge browser will trigger a replay. It’s even possible that Microsoft won’t enjoy any advantage.

“Those are the fears that Mozilla is trying to suggest — that Microsoft will use Windows 10 as a way to gain an unfair advantage — but the world has changed much in the past 20 years,” Entner pointed out.

“The big difference is that 20 years ago, people went with the standard browser that was bundled,” Entner recalled, because they had little exposure to alternatives.

Today, “that might be true in Africa,” he speculated, “but not in the United States or Europe, or even in most of Asia.”