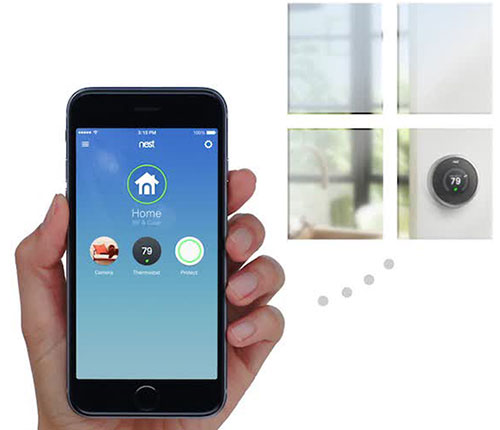 Nest Labs on Thursday said it would open its communications platform to third-party developers for the first time, which will allow outside home device makers to set up products that communicate directly with Nest products.

Nest announced an update to its Nest Weave communications protocol that will allow outside developers to link other home devices to its own. With the new communications platform, the products will be able to work seamlessly without slow connection speeds or other glitches that make the products incompatible.

The Linus Lock by Yale, a high-tech home door lock that can lock itself, sync with smartphones, and let customers provide special passcodes to family members and friends, will be the first outside product to use Nest Weave, providing a direct communications link between the lock and various Nest Lab home devices.

Nest Labs announced a new application protocol interface for its Nest Cam home security camera, which allows third party developers to create integrated products to work with the camera. The first companies to do so include August, Mimo, Petnet, Phillips hue and Skybell.

By allowing third-party developers to find new applications to connect with the Nest Lab products, the company really is opening up new opportunities to create much faster and more reliable integration of the various home devices, said Tirias Research analyst Kevin Krewell.

“The real proof that the program works will come when these third-party products ship and work seamlessly together,” he told TechNewsWorld. “For home automation to become a big market, it must be easy to connect these devices together, set up rules and operations, and have them be secure — all without requiring a professional installer or an engineering degree.”

Nest Labs will include these developers in its online store with certified products, which will give consumers a level of confidence that the various products are compatible, the company said.

The Nest Labs products are part of a growing home automation business that provides consumers with everything from automated security to temperature control, fire safety and energy savings.

The thermostat, which was the first major product from Nest Labs, allows users to change the temperature remotely from a home computer or make other changes inside the home from a remote location. The company also has products that monitor home security, detect smoke and provide other services.

Nest’s third-party initiative comes just months after Apple stopped selling Nest Labs products at its retail stores, a move widely seen as preparation by the tech giant to make its own major push into the home automation market.

Between Apple and Nest Labs, which is now part of the Alphabet conglomerate that includes Google, there really aren’t any major players of note that can bring comparable financial and marketing power to the table, said Chet Geschinckter, a technology analyst at Gartner

Microsoft is not a major player in the space, and although Cisco made an attempt to play in this market, it pulled back, he told TechNewsWorld.

That said, Nest Labs spokesperson Ivy Choi denied that the Apple move had any bearing on the timing of today’s announcement.