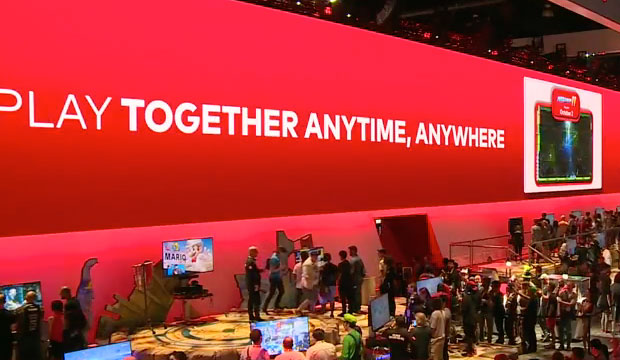 Nintendo called in fan favorites, including Mario and SmashBros., at this year’s Electronic Entertainment Expo in Los Angeles. Super Mario Party will be heading to the Nintendo Switch this October, joined by Fire Emblem: Three Houses and the giant robot combat game Daemon x Machina.

However, it was Fortnite, the battle royale game that has become a worldwide phenomenon, that arguably stole Nintendo’s E3 Direct show on Tuesday, with the announcement that a Switch version of the free-to-play game had become available for download via the eShop.

Sharing center stage was Super Smash Bros. Ultimate, which will arrive in December. It will feature just about every character who ever appeared in the popular series, with more than 60 fighters available for play. In addition to signature characters Mario, Link and Donkey Kong, it will feature Pichu, Diddy Kong and many others. For fans of theseries, this promises to live up to the “ultimate” moniker.

“Super Smash Bros. Ultimate will be among the tent pole titles for theSwitch for this year,” said Lewis Ward, IDC’s research director forgaming and VR/AR.

“It could be the iconic game that fans want to play,” he toldTechNewsWorld. “These games have done well for Nintendo in the longrun.”

With the arrival of the Switch last year, Nintendo arguably turned acorner and has righted its course with gamers. Its presence at E3 thisweek serves to highlight that fact, but its comeback is far fromcomplete.

“Nintendo’s key aim is to maintain engagement from its existing Switchgamers, and also broaden the appeal of the device to more casualgaming audiences,” said Piers Harding-Rolls, director and head ofgames research at IHS Markit.

“It will need to broaden Switch’s appeal to be able to deliver on itstarget of 20 million shipments during the current fiscal year,” hetold TechNewsWorld.

Switch sales to consumers in 2018 are expected to reach 17 million, based on IHS Markit’s latest forecast.

“This broadening strategy is reflected in the reveal of Super MarioParty and the pre-E3 reveal of Pokemon Let’s Go,” added Harding-Rolls. “These games will appeal to younger gamers and family audiences, but are also likely to be popular with existing Switch gamers. Super Smash Bros. Ultimate will also drive sales.”

Last year was a very strong year for first-party Nintendo content, and to replicate that in 2018 could be a challenge.

“Nintendo may have to lean on its third-party partners to maintain sales momentum,” said Harding-Rolls.

Fortnite could be the game that draws those on the fence to theSwitch. Leading up to E3, there was a lot of speculation as to whetherthe hugely popular multiplatform battle royale gaming experience actually would make its way to the Switch.

“An earlier-than-expected release gives Nintendo a better chance ofmaintaining momentum through the summer months through to the bigfirst-party releases in Q4,” noted Harding-Rolls.

Relying on a third-party title runs against the way Nintendo hasoperated in the past, but support for Fortnite could be a sign thatthe company has seen the writing on the wall: It will take morethan signature characters to connect with the masses.

“In the past, Nintendo has often failed to maintain support from third-party publishers due to its content dominance on its own platforms,”recalled Harding-Rolls.

“The early success of the Switch has altered that dynamic, with manypublishers keen to support the platform — although porting Fortniteacross to the Switch was always going to be the case, considering it isalready available across other consoles, PC and mobile devices,” heexplained.

“Aside from Fortnite, there were no major third-partysurprises, which is perhaps a little disappointing,” Harding-Rolls added, “although also a reflection of the seasonality of Nintendo’s business, with lots ofreleases coming towards the end of the year.”

Nintendo vs. Microsoft and Sony

In recent years, the battle for hardcore gamers has been fought between Microsoft and Sony for the most part, but the Switch was a surprisehit that connected with the masses. It didn’t replicate the success ofthe original Wii, however.

“Nintendo has bounced back in a huge way after what happened with theWii U,” remarked IDC’s Ward.

“The Switch has tracked well with younger gamers, and that shouldcontinue,” he said. “This is the system that remains the most familyfriendly. It has the right price point — at nearly (US)$100 less than itsrival systems — and the games are mostly aimed at families. That is atrend we expect to continue.”